Borussia Dortmund can secure top spot in Group F if they avoid defeat against Real Madrid. Group E is already settled but Bayer Leverkusen are in need of a confidence-boosting performance. 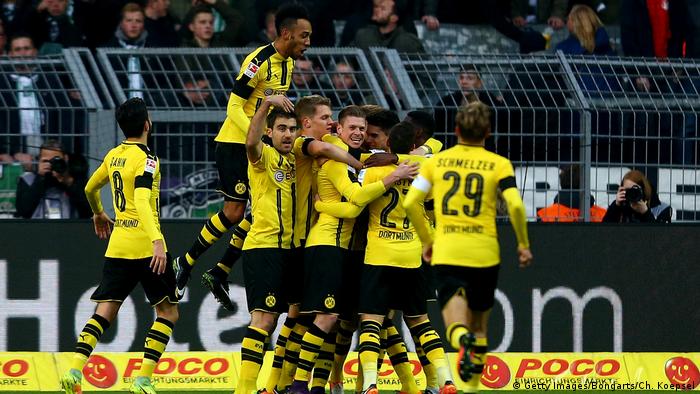 Borussia Dortmund know that they can win Group F if they avoid defeat to Real Madrid on Wednesday night but Thomas Tuchel told reporters that his team's performance on one of world football's biggest stages would be the most important aspect.

Tuchel's side head to the Spanish capital with several stars missing. Mario Götze, who has lined up against the 11-time Champions League winners seven times in his career, has remained in Germany with a slight knee problem where he joins long term absentees Roman Bürki, Sven Bender, Shinji Kagawa, Nuri Sahin and Neven Subotic.

Portuguese all-rounder Raphael Guerriero will also miss out, complaining of continued muscular problems, while a decision on Marco Reus' fitness will be taken on Wednesday morning. The attacker has a slight cold but did train in the Bernabeu on Tuesday evening.

"It's extremely difficult to replace Raphael [Guerreiro]," said Tuchel. "He's a real problem-solver for us and the number of goals he has been involved in is extraordinary. We'll miss him a lot."

Fortunately for Dortmund, top-scorer Pierre-Emerick Aubameyang is in fine form and took his total tally to 18 across all competitions for the season with a brace against Borussia Mönchengladbach at the weekend - but the Gabonese striker has made no secret of his admiration for the Spanish giants. 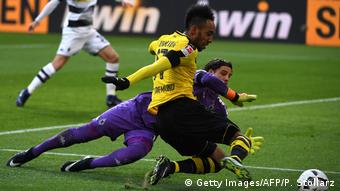 "It's completely normal that Real Madrid is Auba's dream club," admitted Tuchel. "Everyone wants to play for the biggest clubs in the world and Real Madrid are without doubt one of the biggest."

"We cannot achieve our aims without Auba. He makes us all better - me as a coach and us as a team. He can make the difference in a game at any moment. Of course he'll be under pressure to perform in the Bernabeu - there's always pressure here - but he loves the pressure and he needs it to play at his best. It won't bother him."

Real Madrid rescued a 1-1 draw away at arch-rivals Barcelona in "El Clasico" on Saturday but will be without Gareth Bale who suffered an ankle injury at the end of November. 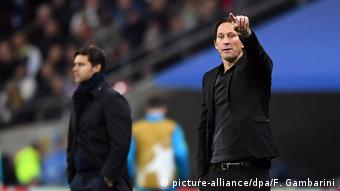 Despite just one group stage win, Schmidt's side are through, thanks in no small part to Tottenham's Champions League struggles

Both Bayer Leverkusen and Monaco are already assured of second and first place respectively in Group E, but Leverkusen coach Roger Schmidt was quick to dismiss suggestions that this Champions League encounter has lost any of its importance.

"The fact that we have already qualified for last-16 is actually extra motivation," he said during Tuesday's press conference. "It means we can concentrate on playing good football."

Having not won a game in all competitions for over a month (their last victory was a 3-2 against Darmstadt on matchday 9 in the Bundesliga), Schmidt will be looking for improvements in several areas - not least from the penalty spot.

Leverkusen have missed 11 of their last 19 spot kicks in all competitions, including all four in the league this season. Most recently, on Saturday, Freiburg keeper Alexander Schwolow saved Javier Hernandez's 88th-minute penalty, forcing Leverkusen to settle for a 1-1 draw. 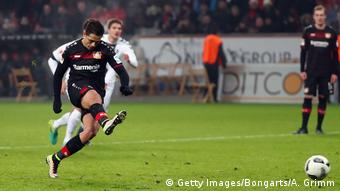 Leverkusen have been woeful from the spot of late

Hernandez himself is currently enduring his longest ever spell without a goal, having now gone 456 minutes since he last found the net. With Kevin Kampl (foot fracture), Kevin Volland (thigh) and Admir Mehmedi (thigh) all set to miss the rest of 2016, the Mexican is under pressure to deliver.

Luckily for Schmdit, Finnish striker Joel Pohjanpalo returned against Freiburg following a prolonged lay-off with a broken foot. The 22-year-old scored an 18-minute hat-trick when he came on as a substitute against Hamburg earlier in the season and could provide an additional goal threat.

The Werkself have never beaten Monaco in five attempts (3 defeats and 2 draws, including a 1-1 in the principality back in September). Monaco currently sit second in France's Ligue 1 and boast the most potent attack in Europe with an average of over 3 goals per game.

"We're especially looking forward to this game because we have unfinished business with Monaco," said defender Aleksandar Dragovic, who also has one eye on the Bundesliga. "We definitely want all three points at home - especially given our next three league games."

A convincing performance against Monaco will restore confidence ahead of tricky trips to regional rivals Schalke and next-door neighbors Cologne before Christmas.