Pernille Harder is one of the best in women's football at finding the back of the net. But her goal-scoring has reached new heights this season, and could be key for Wolfsburg's Champions League aspirations. 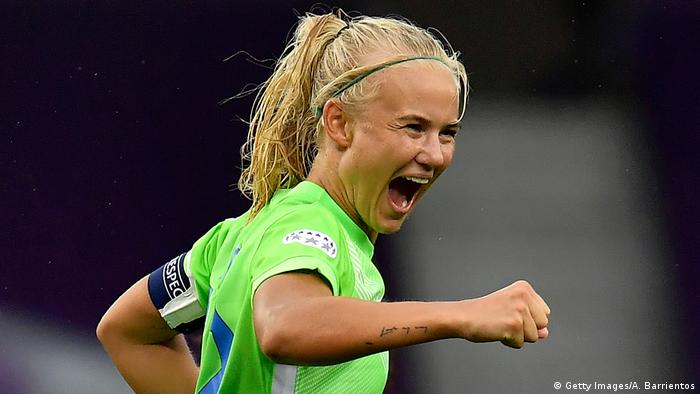 In Wolfsburg's 9-1 rout of Glasgow City in San Sebastian's Anoeta Stadium on Friday, Pernille Harder provided a free clinic for every possible way to score a goal.

The Danish forward's left-footed finish put her side ahead 15 minutes in. After two goals from midfielder Ingrid Syrstad Engen, Harder bagged her second in first half stoppage time on her stronger right foot, giving Wolfsburg a 4-0 lead at the break.

A header in the 67th minute completed the Wolfsburg captain's perfect hat trick, and she headed in a fourth five minutes later to increase the advantage to 5-0. She nearly scored a fifth in the 85th minute with Wolfsburg leading 8-1 but was denied by the crossbar.

"Pernille is a great player," said Wolfsburg coach Stephan Lerch. "She is always there for the team and very unselfish on the field."

Slowing down the 2018 UEFA Women's Player of the Year was always going to be a tough ask for Glasgow City, the only non-professional side left in the competition who haven't played a competitive game since March. But Harder looked nonetheless unstoppable, as she's been all season for Wolfsburg.

Now with 38 goals in 31 games in all competitions, Harder may be Wolfsburg's best chance to lift their third ever Champions League title. 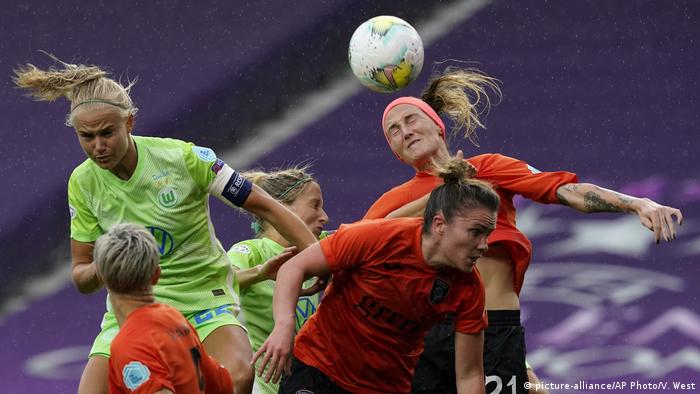 Harder has long been one of the best goal scorers in women's football.

When she was 16, she scored a hat trick on her debut with the Danish national team. She scored for an upstart Denmark side in the final of the 2017 European Championship and for Wolfsburg the 2018 Champions League final less than a year later.

But her goal tallies this season have been particularly eye-popping. She bagged 27 goals in 21 games in the Frauen Bundesliga, Germany's top-flight women's division. Her four-goal display on Friday gives her nine strikes in the Champions League, tied with Olympique Lyon's Ada Hegerberg for second-most in the competition.

She has also risen to the occasion for Wolfsburg this season, scoring the winning penalty during the penalty shootout in the German Cup final against SGS Essen.

But despite her goalscoring exploits throughout her career and domestic success with both Wolfsburg and Linköpings FC in Sweden, the 27-year-old has yet to lift a major international trophy. 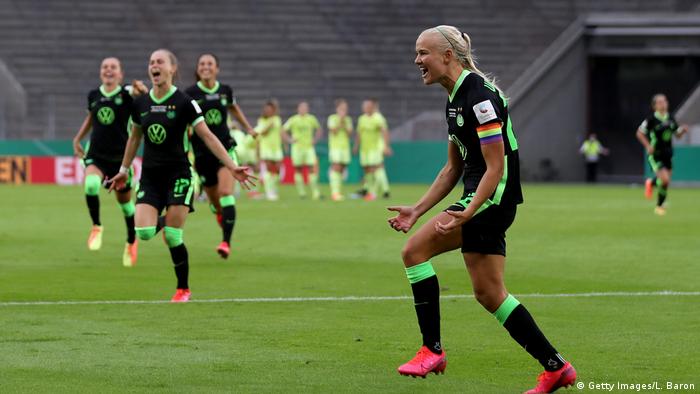 She came close with her national team in 2017. Not much was expected of the Danes at the Euros, but Harder and her compatriots upset defending champions Germany in the quarterfinals. However, after narrowly defeating Austria on penalties, Denmark fell short in the final to the hosts Netherlands, a game in which Harder leveled the score at 2-2 in the first half before her side conceded twice more in a 4-2 loss.

Wolfsburg weren't far away from achieving European success with Harder either. The Danish forward even gave the "Wölfinnen" the lead in extra time of the 2018 Champions League final, but Lyon responded with four after German midfielder Alexandra Popp was sent off with a second yellow.

After being knocked out by Lyon in the quarterfinals last season, both Wolfsburg and Harder will surely be hoping for a different outcome this term. They could see the French side again in the final later this month, but they'll have to overcome Barcelona, last-year's runners-up, in Tuesday's semifinal first.

If Wolfsburg are to achieve their first Champions League title since 2014, Harder will certainly have to keep banging in goals, and she showed on Friday all the ways she can make that happen.

Women’s Champions League 2020: Everything you need to know

Like the men's tournament, the remainder of the women's Champions League has been condensed into an single game eight-team knockout format. The location is northern Spain and French powerhouses Lyon are the team to beat.