Bayern Munich's domestic dominance is so absolute that the Champions League takes on greater signifance. Tuesday's quarterfinal first leg against Sevilla is a big opportunity but the Germans are wary of their opponents. 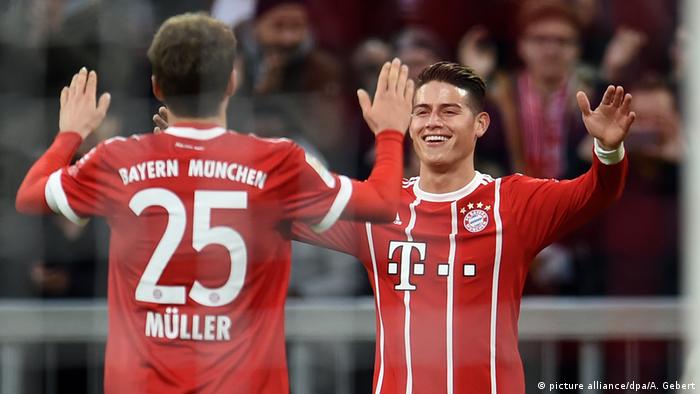 A league title almost certain to be sewn up in early April, a cup semifinal in a few weeks and the last eight of the Champions League. For most sides that would be a pretty decent season, but Bayern Munich are not most sides.

The Bavarians have reached this stage of the Champions League every season since 2010/11 and are peerless in Germany, meaning that now only a second treble under Jupp Heynckes will be considered a real success.

This edition of Der Klassiker was no classic

The next hurdle to a repeat of 2012/13 is Sevilla, who shocked Manchester United in the last 16. The Spaniards - who have won the Europa League five times in the last 12 years - have been inconsistent in La Liga this term, losing almost as many games as they've won and recording a negative goal difference despite sitting in sixth.

But, speaking at the airport as Bayern left for Spain, Bayern CEO Karl-Heinz Rummenigge was taking nothing for granted. "We absolutely can't afford to underestimate our opponents," he said. "It will be two tough legs. We're hoping to return with a good result and an away goal."

The failure to score at the Ramon Sanchez Pizjuan Stadium cost United dearly - they lost 2-1 at Old Trafford after a goalless first leg - but Bayern offered a compelling display of their potency in their 6-0 dismantling of Borussia Dortmund on Saturday.

Bayern's flying start in that match meant they were able to substitute a few of their stars and conserve some energy. “We controlled the game in the second half because we know we have another important game again on Tuesday, so we wanted to play slower and save our legs,” admitted Robert Lewandowski, who scored a hat-trick.

Sevilla also appeared to switch off in their league game at the weekend, conceding two late goals to surrender a 2-0 lead to league leaders Barcelona. Despite the disappointment, Sevilla's Italian coach Vincenzo Montella thinks that result can spur his men on. "I think this is good for Tuesday because we'll go into the game with even more enthusiasm," he said.

Attacking midfielder Pablo Sarabia believes the atmosphere at the Sanchez Pizjuan could prove decisive. “In our stadium and with our fans we're very strong. I think we're going to see a very intense," he told a press conference on Monday.

Bayern, who host the return fixture next Wednesday, will welcome back Arturo Vidal and Juan Bernat from injury but Manuel Neuer is still unavailable, despite resuming training this week. Their opponents, meanwhile, will be without key midfielder Ever Banega, who is suspended for the first leg. 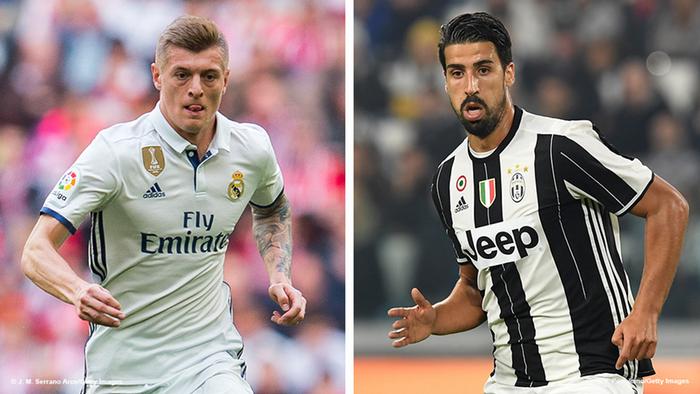 Toni Kroos and Sami Khedira are likely to meet on Tuesday

At least one of those two clubs has appeared in each of the last four finals and both won at the weekend. Juve, who overcame Tottenham Hostpur in the last round, will have their work cut out in attempting to stop their visitors securing an away goal - Real have scored in each of their last 10 away games in the competition.

The Spaniards look likely to be without defender Nacho, who picked up a thigh strain at the weekend. Juventus will have to do without suspended duo Miralem Pjanic and Medhi Benatia, while Mario Mandzukic and Alex Sandro face a battle to be fit.

This edition of Der Klassiker was no classic

It's recently become known as 'Der Klassiker'. But the gulf between Bayern Munich and Borussia Dortmund meant that Saturday's edition of the German clash was anything but a classic — much to the chagrin of BVB fans. (31.03.2018)

One of the longest transfer sagas of the summer is ending as Robert Lewandowski, the second-highest goalscorer in Bundesliga history, swaps Bayern for Barcelona.