Challenges ahead for Albania′s new government | Europe | News and current affairs from around the continent | DW | 28.06.2013

Challenges ahead for Albania's new government

Albania swung to the left in its latest elections, but what challenges face the new Prime Minister, Edi Rama? Mirela Shtembari is an Albanian journalist who followed the elections and spoke to DW's Inside Europe. 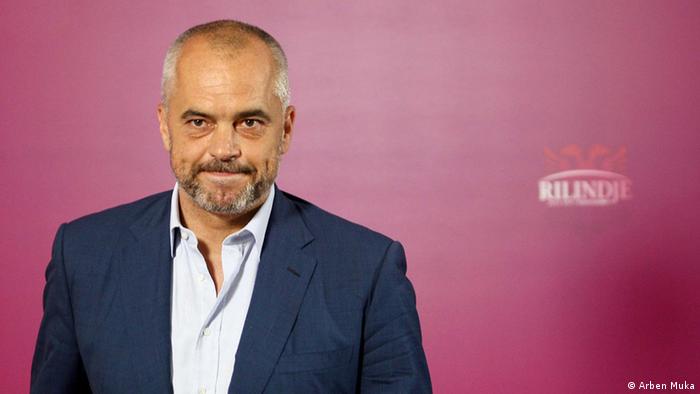 DW: Albania went to the polls last Sunday but the announcement of defeat for incumbent Prime Minister Sali Berisha took a few days in coming, eventually arriving on Wednesday, after the Socialist alliance had already announced victory, so what was his speech like?

Mirela Shtembari: Sali Berisha's speech was quite emotional, and everyone was waiting for his reaction, he very clearly conceded defeat and took personal responsibility for the heavy loss in these elections. His words were, "we have lost this election and the responsibility falls on one person, me, Sali Berisha." That in itself is very, very unusual for an Albanian politician to come out and accept responsibility in this way. He also announced that he's going to step down as the leader of his centre right democratic party. Usually what has happened before in Albanian elections is that both parties would say that they were winners, so there was always a confusion over who actually won. Counting takes a while in Albania, but Sunday to Wednesday was nothing unusual

I can say that compared to previous elections, this was quite democratic. The way the elections were handled, apart from a fatal shooting that happened on the day of the vote, everything was quite calm. So this is a step forward towards democracy for Albania.

Albanian elections, since democracy came to Albania, have always been marred by vote rigging, declarations that both sides have won, so this was a really different election.

Sali Berisha has dominated the scene since 1991, how different will Edi Rama be?

Edi Rama has presented himself as a new figure, the new socialist. He has actually given his party a new name "The Renaissance" and he's actually trying to portray himself as different from the Left wing and the old Socialists and all their ideas. He became well known as the mayor of Tirana, he's a painter, studied in Paris, so he's got all these new ideas.

I have to say that he gave a really good victory speech, to say that "winning, and victory is just the beginning, we all have to work together and make it happen." He talks a lot about the EU, about integration and the international community, so I think it would be fair to say that he is full of ideas, and is seen as the man of the future for Albania.

What kind of challenges is Albania facing? What kinds of things does he need to change? 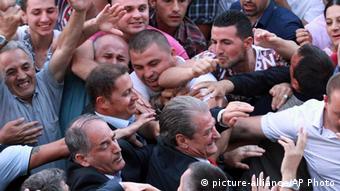 Apart from one fatal shooting, most of the vote passed off calmly

Albania is marred by corruption; unemployment is a big problem. He's made many promises that he will tackle all these problems. The big question in everybody's minds though is the wish to enter the European Union. He's very keen, as I said there should be a lot of effort put in to fighting corruption in Albania to deal with this issue. So Edi Rama has got a really difficult task ahead of him, if he wants to prove to the voters that those who voted for him were right in their decision.

You mentioned the EU, what's Albania thinking when they see countries like Croatia entering? Do they think that they will be entering soon?

Well that's a very big question, Albania always wanted to enter the EU and they hoped that they could become a member soon. The country has applied for EU membership, but they've been denied over criticism about corruption and the lack of democratic reform, and that is exactly the main point that the new government will have to deal with. One of the biggest achievements of the previous party was when Albania became a member of NATO in 2009 and also the liberalization of the visas, so Albanians can now travel easily around Europe, for a period of up to three months without a visa, and that's another big achievement. Something that never happened before, but when it comes to the membership of the EU, it has been denied because of criticism of corruption and the lack of enough democratic reforms in Albania.

Mirela Shtembari is an Albanian journalist based in London. As a member of the BBC Albanian service, she reported in Albanian and English from all over Europe and the world.

Votes are still being counted in Albania, but it appears that the governing coalition has lost by a large margin - an indication of widespread dissatisfaction with long-term leader Sali Berisha. (25.06.2013)

Albania's opposition has the lead in early vote counting. Immediately after polls closed on Sunday, the two major contenders in Albania's parliamentary elections had both claimed the upper hand. (24.06.2013)

Both sides claim election win as polls close in Albania

The two major contenders in Albania's parliamentary elections have both said that they believe they have the upper hand. Voting was extended slightly longer than planned and no time has yet been set for official results. (23.06.2013)

Listen to Mirela Shtembari on DW's Inside Europe