Idriss Deby, Chad's authoritarian ruler, is seeking re-election. In the West, he is viewed as a key ally in the fight against Islamist militants, but opposition to his regime in the Central African nation is growing. 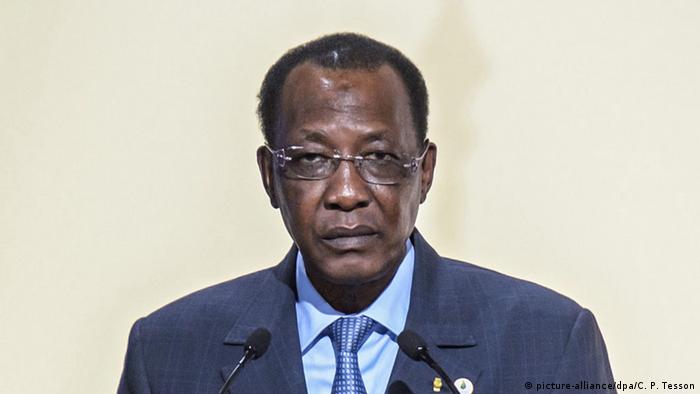 After 25 years in power, Chadian President Idriss Deby is seeking a fifth term in office at elections on Sunday (10.04.2016). In the foreign policy arena, Deby can claim to have had some success. He is regarded as an important player in the struggle to defeat the Nigerian Islamist militant group Boko Haram, the French military in Mali value him highly, he was welcomed to the White House by US President Barack Obama, and he is also the chair of the African Union.

However, Sunday's elections in Chad will differ from those at which Deby triumphed five years ago. This time they will not be boycotted by the opposition. There are 13 candidates running against Deby, who also faces protest from the street.

The demonstrations were triggered by the gang rape of a 17-year-old girl, Zouhoura, by the sons of several powerful officials. Recalling the day of her ordeal, Zouhoura told France24 the culprits had torn off her clothes and videoed everything. "They threatened to post it on the internet if I went to the police," she said.

She did go to the police and the culprits carried out their threat to post the images online. That provoked street protests in the capital N'Djamena, and a student was shot dead by the police. The affair is symbolic of discontent with Idriss Deby, even though - or perhaps because - many Chadians have never known any other ruler.

Deby, who received military training in France, has survived several attempts to unseat him and remains determined to cling to power. When campaigning for re-election, he promises more democracy, but away from the hustings he relies on the army to keep the ethnically diverse nation of some 200 ethnic groups together. That same army backs the French military in Mali and is also fighting Boko Haram. 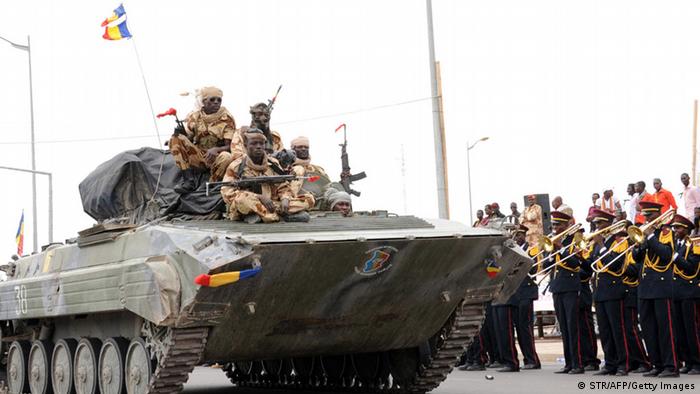 The son of a herder, Deby is welcome in the West because his troops appear to be the only force in the region that is able to mount a serious challenge to the terrorist threat. Boko Haram has staged attacks in Chad. Deby's response was to declare a state of emergency at the border, ban the wearing of the burka and to execute militants. He seems, however, unable to contain the growing unrest within Chad itself. The authorities' answer to demonstrations is arbitrary detentions and the banning of public meetings. Mahamat Nour Ahmed Ibedou, civil society activist with the group "Enough is Enough," believes Deby should step down. To press home this demand, the group organized a general strike in February, which successfully locked down N'Djamena. "He has been in power for 25 years, and we think that's enough; his record is catastrophic. We don't want to let Deby impose a further five years of misery on the population," Ibedou said.

Ibedou was arrested along with three other activists and put on trial because he had called for protests against Deby's regime. The public prosecutor has called for a six-month jail term for Ibedou, whose trial was recently adjourned until next Thursday (14.04.2016).

The unrest in Chad shows no sign of abating and Deby is in a dilemma. The cost of living for ordinary Chadians is rising steeply, because Boko Haram's campaign of terror is obstructing trade with neighboring states. The war on the Islamist militants is also devouring funds which ought to be used to foster the country's development. The fall in the price of oil, meanwhile, has led to a decline in state revenues. Gali Ngothe Ghatta from the Chadian opposition said Deby should stop relying on military solutions. "Money invested in the military can't be spent on schools, health or housing. There is also a lack of transparency about oil revenues, and parliament has no say in the matter," he said.

Deby has said that his fifth term will be his last. The 63 year-old has not groomed a successor.

Chad's civil society is campaigning against repression and authoritarian rule as thousands take to the streets. With elections just six weeks away, pressure is mounting on longtime president Idriss Deby. (26.02.2016)