Three explosions at a market and a refugee camp on the shores of Lake Chad have killed dozens. The Chadian military has blamed the Islamist insurgency Boko Haram for the attacks. 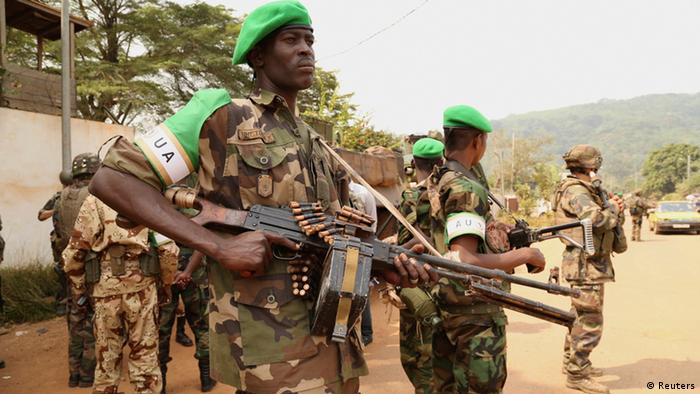 Witnesses in the lakeside city of Baga Sola reported that there were at least three explosions on Saturday, one in a fish market and the other two at a refugee camp.

Medical and military sources put the number of dead at 38, with more than 50 others injured.

The Associated Press news agency quoted General Banyaman Cossingar, director general of the gendarmerie, as saying that more than one female suicide bomber had blown themselves up at the market, killing at least 16 people. He said a second group were involved in the attack on the refugee camp, which killed at least 22 people.

The lake is shared by Cameroon, Chad, Niger and Nigeria and has reduced in surface area in recent years due to climate change. Dense vegetation along the banks has made infiltrations by Boko Haram extremists easier.

The Chadian army has been involved in a regional offensive against Boko Haram since the start of the year. Since the Boko Haram insurgency began in 2009, least 17,000 people have been killed, mainly in Nigeria, and more than 2.5 million have been made homeless.

Benin, Cameroon, Chad, Niger and Nigeria are all involved in the fight against Boko Haram, having decided to deploy a force of some 8,700 soldiers. However, training has taken longer than expected. Chadian President Idriss Deby has said the force could be operational this month.

At least 1.4 million children have been forced to flee their homes because of Boko Haram's insurgency in Nigeria and beyond, according to UNICEF. The agency has warned that finances for relief efforts are tight. (18.09.2015)