More than 40 members of the Chadian security forces have gone missing since the presidential elections on April 10. The country is bracing itself for the outcome of the poll. 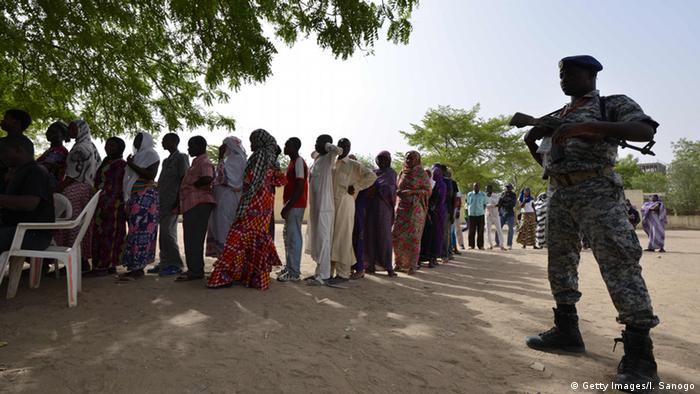 "My husband left the house on Friday. When he failed to return on Sunday, I went to his place of work. They told that he had been arrested because he had voted for an opposition candidate. Since then there's been no sign of him."

That woman wishes to remain anonymous. She lives in fear of the powerful authoritarian Chadian regime. Her husband is one of several dozen members of the military who have disappeared in the wake of the elections on April 10. The military were able to cast their ballots the day before polling day. One witness, who also wishes to remain anonymous, says a relative availed himself of this opportunity. "The relative's superior then told me he had seen my relative being arrested by four men and bundled into a car."

Corpses in the river

The news agency AFP, citing military sources, has reported that the bodies of four members of the security forces have been found in the Chari River. There is no trace of the others who have disappeared, who reports say number between 47 and 60.

Government representatives say the accusations are groundless. "It was a secret ballot. If families are saying that they their relatives were arrested because they didn't vote for Deby, then that's not true," Minister for Public Security Ahmad Aahmat Bachir told DW. "Why should one detain members of the military who voted against Deby and not civilians?" he asked rhetorically.

President Idriss Deby, who has ruled Chad since 1990, ran for a fifth term in the elections on April 10. There were 13 opposition candidates standing against him but the chances of any of them winning are considered slim. Chad was still awaiting preliminary results on Wednesday (20.04.2016). It is expected that Deby will win an absolute majority in the first round. Otherwise, there will be a run-off on May 22. 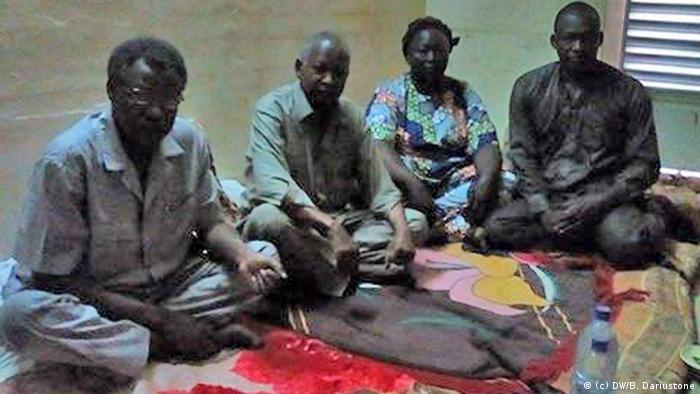 Deby is under pressure even though he is expected to win. On polling day, the internet was cut off and text messages weren't reaching their recipients. Pre-election protests were banned and five civil rights activists were arrested. They were accused of arranging a rally without permission, endangering public order and resisting arrest. Four of the accused activists have since been given four month suspended sentences.

French writer Thomas Dietrich, who has denounced Deby's regime, was detained on arrival in the capital N'Djamena and expelled to neighboring Cameroon. He said he was beaten up and deprived of his money and cellphone after his arrest. Dietrich, who published a novel about Chad earlier this year, criticized the government via Facebook for its rights abuses and described it as a dictatorship. 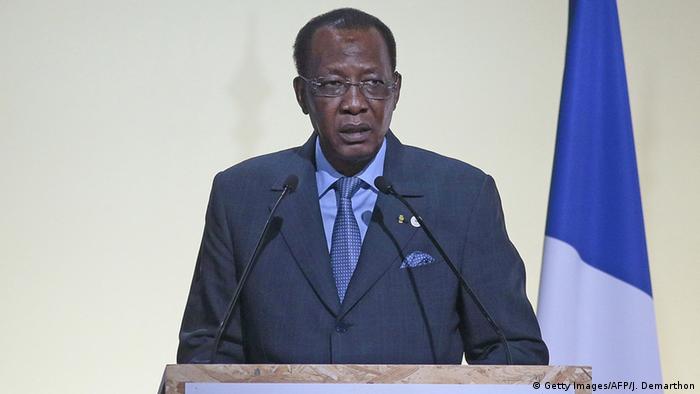 President Idriss Deby: under pressure as Chad awaits the results of the April 10 elections

"I think the government is now aware that it no longer has the broad support it used to take for granted," said Helga Dickow, a researcher on Chad at the Arnold Bergstraesser Institute in Freiburg, Germany. Over the last few months, a number of protest groups with evocative names like "Enough is Enough" have sprung up. With the help of whistles and cooking pots, Chadians have been joining noisy protests against the regime. N'Djamena and other cities have been locked down by general strikes. Civil society representatives have been calling for the release of the activists still in detention and the resignation of the president. "Events in Burkina Faso have had an impact on people in Chad," Dickow said. In October 2014, longtime Burkinabe leader Blaise Compaore was forced by a popular uprising to flee the country when he tried secure another term in office.

When Chad began to pump oil 13 years ago, the population had high expectations. At previous elections, the regime tried to show the people that they, too, were profiting from the oil revenues. "New roads and hospitals were built before the 2011 poll, but that in itself wasn't enough. The hospitals lacked staff," said Dickow. But the Chadians were nonetheless proud that they had roads that had been tarred. "There was the sense that things were starting to move and this had something to do with the oil. But there was nothing at all like that in the run-up to this election," she said. Unemployment is high, especially among the young who account for half of the population. The only president they have known is Idriss Deby. 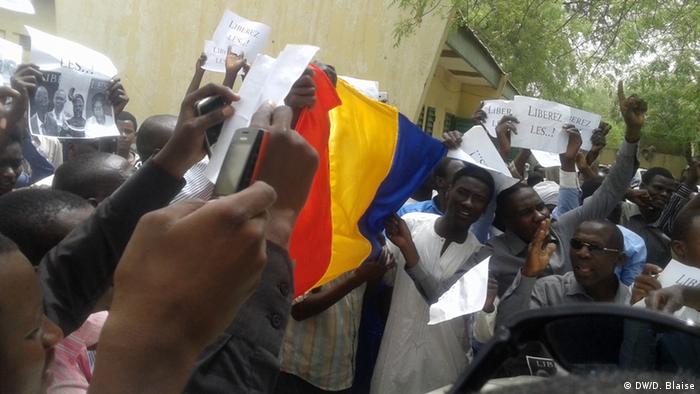 Dickow hopes for the sake of the country that there will be a run-off. "A run-off would help Chadians believe in democracy. Engagement in civil society would also be seen to have been reflected in votes cast at the ballot box," she said.

The opposition has already announced that they will line up behind a joint candidate in the event of a run-off. That would indeed be an historic occasion. In every election so far in his 26 years in power, Deby has always secured an absolute majority in the first round.

Idriss Deby, Chad's authoritarian ruler, is seeking re-election. In the West, he is viewed as a key ally in the fight against Islamist militants, but opposition to his regime in the Central African nation is growing. (08.04.2016)

Chad's civil society is campaigning against repression and authoritarian rule as thousands take to the streets. With elections just six weeks away, pressure is mounting on longtime president Idriss Deby. (26.02.2016)