Farmers in the Trifinio region – the border area shared by Guatemala, Honduras and El Salvador – are all too familiar with drought, crop loss and the very real threat to food security. 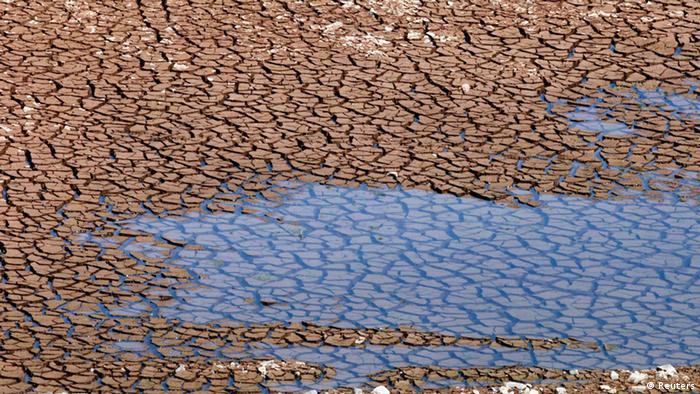 The stuff of life

A dystopian agriculturist society forced by crop eradicating dust clouds to look beyond earth for promising new habitats may still be the stuff of fiction, but the opening premise of the film Interstellar was seen by some as a metaphorical call to action against climate change.

And while we are still some way from having to leave the planet in order to survive, the struggle against climate change is very real. Farmers in the El Trifinio region – the border area shared by Guatemala, Honduras and El Salvador – have battled for years with drought as the climate changes, losing crops, seeds, and therefore food security.

As things stand, large swathes of land around that trio of frontiers have long been given over to monocultures of maize and beans. But now local populations are being encouraged to arm themselves in the fight for food security by diversifying their crops and engaging in climate smart practices such as agroforestry. 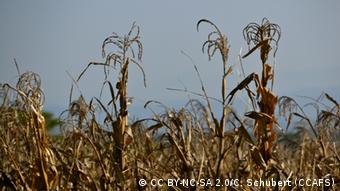 Drought has devastating effects on crop growth, posing a threat to food security

"We have to train people to deal with these dry periods and the fact that the climate is becoming more difficult to deal with every year," Adriaan Vogel told Global Ideas. He runs a #link:http://www.giz.de/en/worldwide/13474.html:International Cooperation (GIZ)# sponsored forestry and water project in the Trifinio region.

Affecting change among communities that have long practiced deforestation to make space for subsistence crops, won’t necessarily be easy, but Ana Maria Loboguerrero, Latin America Regional Program Leader for the CGIAR Research Program on Climate Change, Agriculture and Food Security believes it can be done.

She cites an initiative in Honduras as a good example of farmers taking an instrumental role in tackling problems of food shortage.

"We were trying to test bean seeds developed to become more resistant to droughts, and we wanted the farmers to be part of the research,” she said. “The farmers were the ones testing them, they were able to see which seeds worked best, and they were giving the data back." 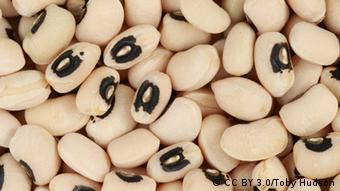 There is obviously a time lapse between test-phase feedback and a viable product, but Loboguerrero says the sheer fact of being involved in the research process meant farmers would be likely to switch to drought-resistant seeds more quickly.

And speed truly is of the essence. A prolonged drought in the Trifinio area has put the food supply of 2.5 million people at risk. In December 2014, the United Nations #link:http://www.un.org/apps/news/story.asp?NewsID=49590:warned# of a looming "humanitarian crisis".

The UN estimated that thousands of cattle had died and up to 75 percent of maize and bean crops in Honduras and Guatemala had been lost in the drought which started last summer. It also cited figures from the El Salvador Health Ministry suggesting more than three quarters of farmers in the eastern part of the country had lost all their crops.

"Fortunately, they [people] are not dying yet, but it is certain that during the coming months the population in the drought zone of Central America will have problems with food security."

Among the measures locals, NGOs and other development organizations put in place to strengthen resilience to drought and climate change and increase food productivity is agroforestry. And it is already bearing fruit. 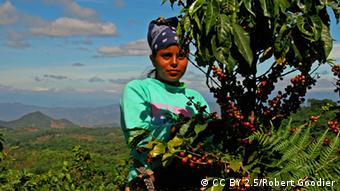 Local farmers in El Salvador, Honduras and Guatemala are turning to agroforestry – or planting trees or shrubs around or among crops – to foster ecological balance between farmland and forest

"Those who shifted to agroforestry systems experienced less severe problems with drought than those who only have bare fields with maize and beans," Vogel said.

Such projects underscore the importance of thinking ahead. Honduras, Guatemala and El Salvador are known to be susceptible to climate change, but according to #link:http://index.gain.org:ND-GAIN#, an index of 178 countries ranked on the basis of vulnerability and readiness to improve resilience, the three Trifinio states could, to varying degrees, be doing more to help themselves.

El Salvador ranks best among the three countries, occupying the 114th spot on the index, followed by Guatemala at 118, and Honduras at 128.

Veldman says the governments of the three countries could have been more pro-active in dealing with the most recent drought. 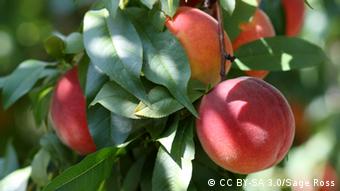 Because man cannot live on maize and beans alone – farmers are learning to diversity their crops, with peaches and avocados in some parts of Trifinio complementing the more traditional subsistence products

"Guatemala was the only country that pronounced an emergency and put together a list of needs. Although Honduras created a contingency plan for the drought, it had trouble providing humanitarian help to all those affected," she said, adding that El Salvador failed to recognize the gravity of the situation.

Vogel believes this hands-off approach is in keeping with policies of dwindling government aid in the Trifinio region. Something he attributes, at least in part, to the geographical distance between the three countries’ capitals and the border area.

This reality, he says, underscores the need to encourage local populations to "be part of the solution", and understand that "paternalistic development schemes in which others took decisions, have come to an end."

Working together for precious water in Costa Rica 01.03.2022

Despite being a tropical country, in many parts of Costa Rica water is a limited resource. Growing cities with poor plumbing are part of the problem, but sources of water have been neglected for too long.

Opinion: Italy's shift to the right is dangerous for EU