The Central African Republic is celebrating 60 years of independence. It's people would be entitled to feel there is little to celebrate, considering the levels of poverty, strife and now hunger threatened by COVID-19. 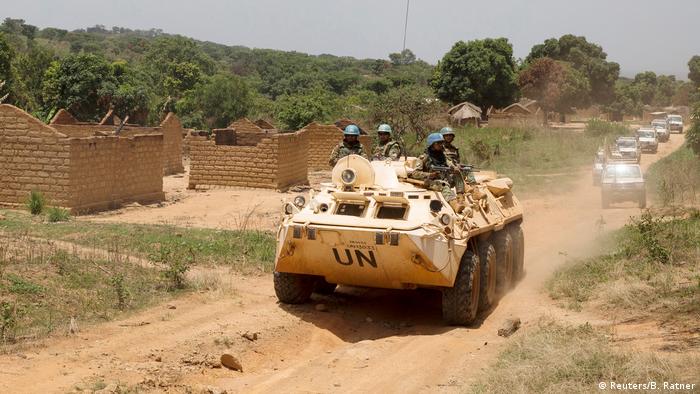 Formerly known as Ubangi-Shari or Oubangui-Chari, the Central African Republic (CAR) declared independence on 13 August 1960. But the country has remained very closely linked to France. "The accession to independence was rigged from the start. By accepting political, military, economic, cultural and other cooperation agreements with France, the colonies ran into a trap," Bernard Simiti, a lecturer and researcher at the University of Bangui, told DW.

The Central African Republic is one of the poorest countries in the world. It ranks third last in the Human Development Index, ahead of Niger and Somalia. The average age of its approximately 5.6 million inhabitants is around 20 years. The CAR does have some valuable resources. Its main exports are diamonds and timber. There are also important uranium deposits. But according to UN figures, two-thirds of the country's population are estimated to be in need of humanitarian aid. The COVID-19 pandemic is now threatening the country with widespread hunger.

Coups and an emperor

Add to this a long tradition of political instability. With France's support, President Jean-Bedel Bokassa installed a despotic regime between 1966 and 1979. Bokassa was responsible for serious human rights violations before a coup — supported by French troops — drove the self-proclaimed "emperor" from power. In an indication of the vicissitudes of CAR's politics, Bokassa was officially rehabilitated in 2010, despite his well-documented crimes.

More coups, some attempted and some successful, took place in the following decades. In 2013 it was President Francois Bozize's turn to be overthrown. Shortly before, rebel groups had started to form in several parts of the country. Bozize was chased from power by the mostly Muslim Seleka rebel coalition. In response, Christians formed the so-called anti-Balaka self-defense militias. The French military intervened under a UN mandate. Nevertheless, almost 800,000 people were forced to seek refuge in neighboring countries. Some 680,000 are now internally displaced. 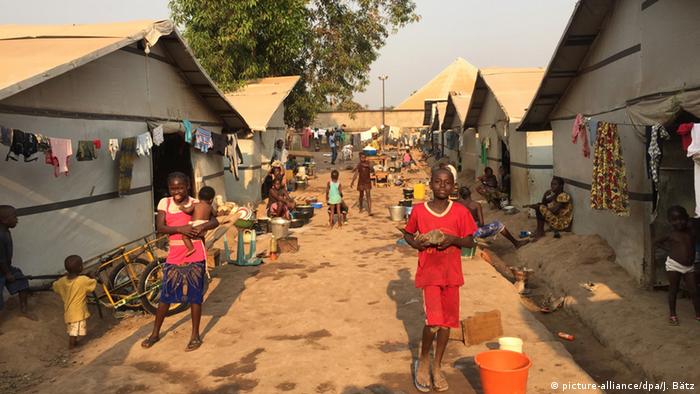 Around 1.5 million people have fled their homes in the CAR

About half of Central Africans are Christian but Sunni Islam has recently been gaining more and more followers. Muslims are estimated to represent 15% of the population. In February 2019, 14 rebel groups signed a peace agreement with the government in the Sudanese capital Khartoum. The eighth in a series of peace pacts since 2012 has also failed to put an end to violence, with deadly clashes — mainly over resources — taking dozens of lives. On August 8, the European Union launched a civilian training mission for security forces and Interior Ministry officials in the CAR. The UN has 13,000 troops and police stationed in the country. 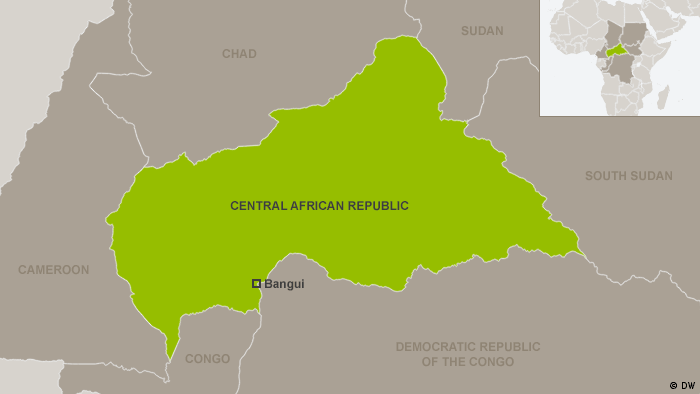 A little noticed event illustrates just how dependent the wobbly peace remains of the outside world. The Italian religious Community of Sant'Egidio, which has been deeply involved in the peace process, recently said that it had just managed to avert further violence in the west. Former militias there had blocked the access roads to the city of Bouar, because they and their relatives were without means of subsistence due to the COVID-19 restrictions. They relented after food and relief supplies were delivered by international agencies.

Equally worrying is the increase of "foreign combatants" mostly from Sudan, as ascertained by aUnited Nations report at the end of July. A group of ONU experts also concluded that arms are still entering the country, despite an international embargo. "The Union for Peace in the Central African Republic (UPC), led by Ali Darassa, and the Return, Reclamation and Rehabilitation (3R) group, led by Abbas Sidiki, have extended their areas of control," the experts said, adding that the insurgents are seeking to consolidate and extend control of the territory in order to extort more taxes from pastoralists.

Now the country's presidential elections scheduled for December 27, risk inflaming the situation further, particularly owing to the return of former leader Francois Bozize from six years in exile in Uganda. The 73-year-old ex-general and army chief, who wants to run for president for his National Convergence party (KNK), is the subject of UN sanctions for supporting the violent anti-Balaka militias.

He also faces charges of crimes against humanity and incitement to genocide at home, but no real efforts have been made to detain him since he arrived in mid-December of 2019. In an interview with DW, Bozize complained of being harassed: "They are using all means to to neutralize me politically if not physically," he said, pointing to drone sightings and deployment of state security agents near his residency.

It is not clear yet whether elections will be postponed due to the pandemic. The Government is considering a change of the Constitution, which would allow President Faustin Archange Touadera, Bozize's former prime minister, to remain in power — indefinitely, the opposition says. Or at least until the next coup.

After a week of deadly attacks in the Central African Republic, UN chief Antonio Guterres has said the situation "is still fragile." The UN peacekeeping mission has warned assailants may return for another assault.