The Swiss novelist, playwright, thinker and painter is best known for his play, "The Visit," and for his dark satire. 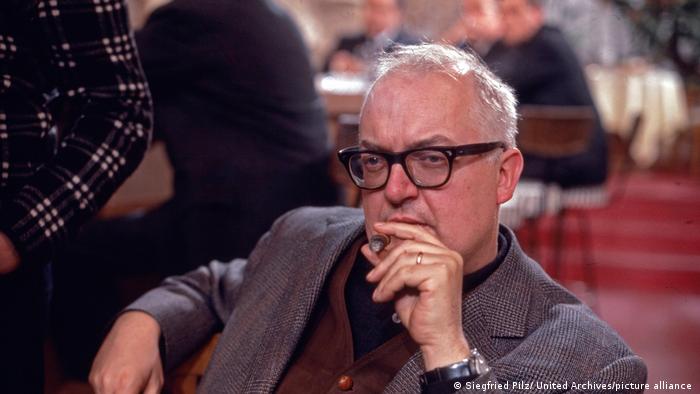 Swiss crime novels bear a unique feature: a different sense of time. Investigations sometimes go down unconventional paths, slowly and less effectively. The works of Friedrich Dürrenmatt, whose 100th birthday will be celebrated in the Swiss republic in 2021, are even more special.

The venerated Swiss author created the lumbering Bernese Inspector Bärlach, a cagey, wily type, plagued by severe gastritis, who tends to administer his own brand of justice in criminal investigations.

Hollywood director John Ford had planned to turn the Dürrenmatt novel The Judge and His Hangman into a film but it fell through. This book, just like all other Dürrenmatt works, has a contemporary historical background. It is set in 1933, the year Adolf Hitler came to power.

In it, Dürrenmatt describes his hulking hero thus: "Bärlach had lived abroad for a long time, excelling as a criminalist in Constantinople and then in Germany. Most recently, he had been in charge of the criminal police in Frankfurt am Main, but he returned to his hometown at the age of thirty-three. The reason for his journey home was not so much his love for Bern, but a slap in the face he had given to a high official of the new government." 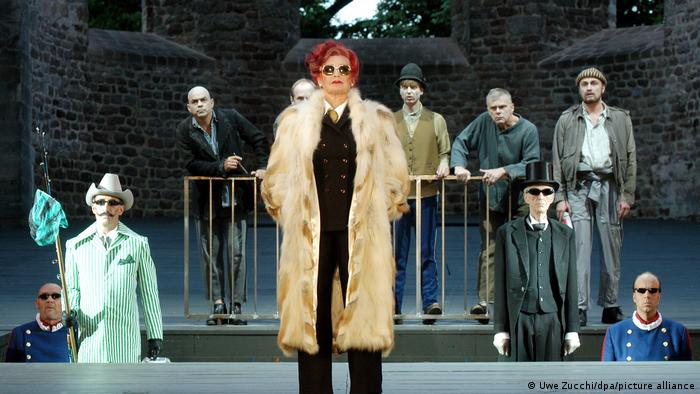 Dürrenmatt was born the son of a pastor on January 5, 1921, in Konolfingen in the Emmental, in the canton of Bern. The secluded village would later become the setting for many of his plays, stories, novellas, detective novels and radio plays.

Not everything he put on paper became known beyond Switzerland's borders though. Dürrenmatt was regarded here as a satirical humorist and harsh critic of the times, who took on the authorities and the literary world. Much of his work was not understood abroad. Today however, his works are part of the literary canon, and several of them are required reading in schools.

The well-known literary critic Marcel Reich-Ranicki once called him a lateral thinker. "Dürrenmatt was a writer who couldn't be pigeonholed and was always lateral. All his works are provocations founded upon his macabre and universal negativity," wrote Reich-Ranicki in the Frankfurter Allgemeinezeitung in 1990.

His greatest success: The Visit

Even his most successful play, The Visit (1956)  performed worldwide in theaters in America, Europe, the then Soviet Union and even in China and India - had a bitterly evil note.

The dark story of a vengeful millionairess who returns to her Swiss home village was even filmed by director Bernhard Wicki, with Hollywood star Ingrid Bergman playing the lead role.

Guilt and atonement, crime and collective complicity, collaboration and being a fellow traveler have been perennial themes in his works. They preoccupied him even as a schoolboy. At that time, he had wanted to become a painter and artist.

In 1941, the young Dürrenmatt enrolled instead in philosophy, theology, German literature and art history at the University of Bern and later in Zurich. At the time, he was affiliated with the "Eidgenössische Sammlung," a right-wing, pro-Hitler student fraternity — much to his father's dismay. 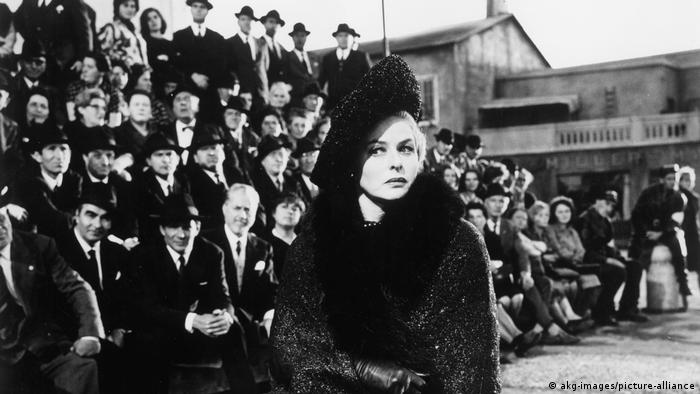 Ingrid Bergman starred in the 1963 film adaptation of the Swiss author's play, "The Visit"

Weihnacht (Christmas) and Der Folterknecht (The Torturer) were the first stories he wrote in 1943. But he was unsure about writing. After 1945, he first earned his living as a draftsman and graphic artist. He would continue painting and drawing for the rest of his life.

The Swiss weekly newspaper, Die Weltwoche, also kept him busy as a theater critic. He regularly went to Zurich to watch theater productions. Fascinated by the stage, Dürrenmatt began to write his own plays.

The 1947 world premiere of Dürrenmatt's Es steht geschrieben (It is written) was critically acclaimed and immediately earned him a literary prize. That set him on the course of becoming a contemporary playwright.

In 1957, the Swiss author was commissioned by a film producer to write a screenplay. The 1958 feature film Es geschah am helllichten Tag (It happened in broad daylight), now a cinema classic, was a scandal at the time as it dealt with the criminal case of a serial killer. Gerd Fröbe played the child murderer, while Heinz Rühmann was the private investigator.

Dürrenmatt did not approve of the heavily modified script, nor the staid German detective character as portrayed by Rühmann. He then developed his anti-crime novel The Pledge from the material, which was later filmed several times; most recently in 2001 as a Hollywood drama with Jack Nicholson as a retired detective.

Although he remained productive, Dürrenmatt struggled with diabetes and other illnesses throughout his life. His occasional overindulgence in wine also proved to be non-conducive for his health.

Some of his plays and novels became global successes, such as the anti-nuclear comedy The Physicists or the crime novel The Judge and His Hangman. A new complete edition will be published by his publisher Diogenes in 2021.

Throughout his life as a writer, Dürrenmatt was on the lookout for the "worst possible twist," as he called it. There was neither resolution nor redemption in his stories. He was repeatedly nominated for the Nobel Prize for Literature. But ultimately, like his friend and eventual rival, Max Frisch, he came away empty-handed. 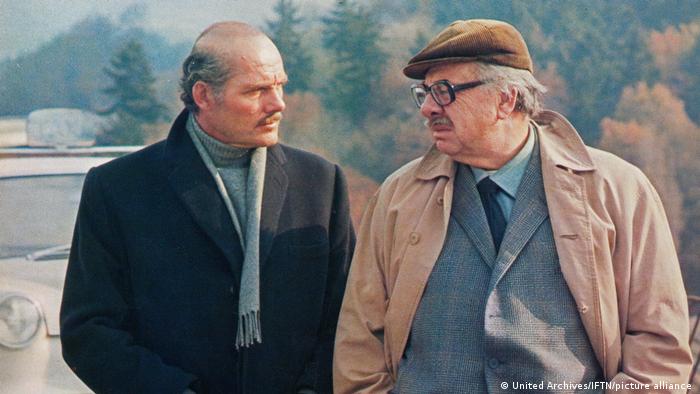 As scene from the film adaptation of "The Judge and His Hangman", aka "End Of The Game," which was directed by Maximilian Schell.

For his 70th birthday, his wife, the author Charlotte Kerr, had eschewed celebrations and had instead booked a round-the-world trip for themselves. Close friends later recounted that he had no desire to do so. Shortly before departure, on December 14, 1990, the severely diabetic writer died of heart failure at the age of 69.

Dürrenmatt bequeathed his literary estate to his home country, leading to the establishment, at his initiative, of the Swiss Literary Archives as a department of the Swiss National Library in 1991. Today it houses the literary estates of more than 400 Swiss authors.

German's most esteemed literary prize has been awarded to the prodigious Swiss author, playright and essayist, who was praised for examining the "fundamental existential condition of modern life."

What's the most valuable lesson you can learn from novelist John le Carre?