The world's top technology fair, the CeBIT, is due to open in Hanover, Germany, with the focus being on sharing in cyberspace. In addition, the up-and-coming tech nation Poland will feature prominently at the fair. 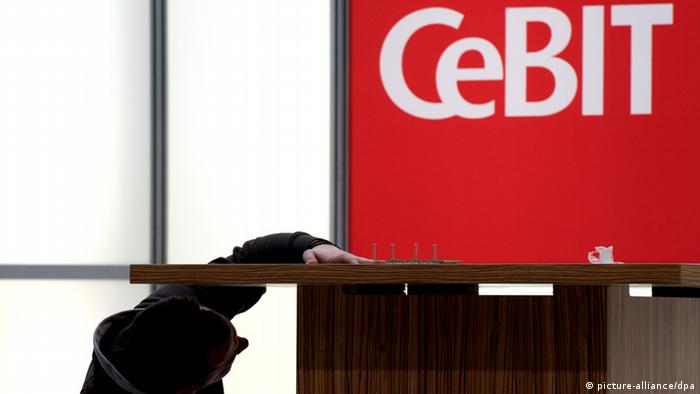 About 4,100 exhibitors from 70 nations booked space for this year's CeBIT, roughly the same number as last year, the organizers at Deutsche Messe said.

At the height of the Internet bubble around the year 2000, CeBIT would host more than 8,000 firms in Hanover. The fair's rivals include the Consumer Electronics Show in Las Vegas and the the Mobile World Congress in Barcelona, which has just ended.

Noting that some 350,000 visitors came to CeBIT last year, Deutsche Messe spokesman Hartwig von Sass told the AFP news agency that the other two fairs were still half as big.

City of the future

Can information technology help make the world a healthier place?

In 2013, CeBIT's theme is "shareconomy," a growing trend among users to share not only digital data on the Internet, but also organize sharing models for material products such as cars, lawn mowers or apartments.

It's the time of the year when CeBIT turns Hanover into a Mecca for the digital world. For the coming week, some 4100 companies from 70 countries will show the digital world's latest trends . (04.03.2013)

"Cloud computing is changing business models, company cost structures as well as user habits," he told the news agency DPA, adding that German companies were up to 18 months behind global cloud developments.

According to the German tech industry lobby group BITKOM, global technology spending was set to rise 5.1 percent this year to reach sales worth 2.7 trillion euros ($3.5 trillion).

The rather bullish mood in the IT market is reflected by the presence of tech giants such as IBM, Microsoft, SAP and Google.

In the run up to CeBIT 2013, representatives of startup businesses criticized Germany's IT policy, arguing the government was failing small firms in the sector. In the United States and in several European countries, they would be granted more public support and better framework conditions to develop their business.