It's the second court session in which the 53-year-old declined to speak. He faces sexual abuse and other charges. He was expelled from the priesthood in 2008 but continued to pose as a cleric. 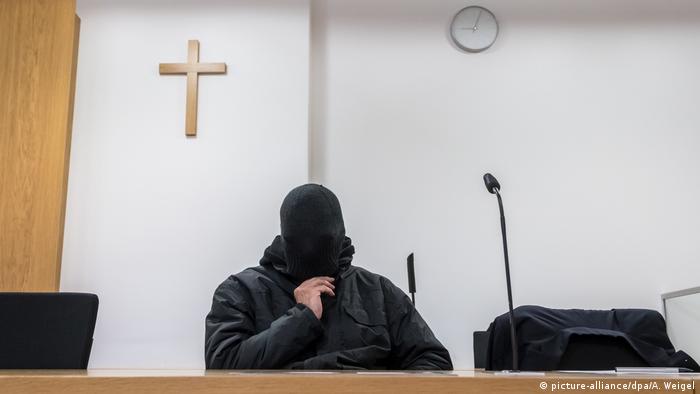 A 53-year-old former priest is currently on trial in a district court in the Bavarian city of Deggendorf. Thomas Maria B., who was born in Wuppertal, is accused of having sexually abused five German boys under the age of 14 a total of 110 times between 1997 and 2016. The man is also accused of the attempted rape of an 18-year-old in Austria. The attorney defending the former Catholic priest has said that the man "feels incapable" of testifying before the court. He also refused to address the court in December.

Public prosecutors in Deggendorf have said that the defendant is mentally disturbed and thus cannot be held entirely responsible for his actions. Nevertheless, they see a threat that he could repeat such offenses again in the future. They are therefore calling for the man to be permanently committed to a psychiatric institution. He was previously imprisoned between 2003 and 2009 for the rape and abuse of two young girls.

After completing studies in theology, the man was ordained a priest in Poland in 1994. State prosecutors accuse the man of having used fake documents to fraudulently gain access to the priesthood. A church court in the German archdiocese of Freiburg removed the man from the priesthood in 2008, which officially forbade him from carrying out priestly work. That decision was upheld by another church court in Munich in 2012.

The man is accused of continuing, illegally, to present himself as a priest after his expulsion, dressing as such and using a fake identity card. He continued to hold religious services and collections; prosecutors alleged he illegally earned at least €100,000 ($120,000). It is reported that Thomas Maria B. won the trust of especially devout families, allowing him to abuse their children on pilgrimages as well as in their homes, as he also sometimes lived with the families. Moreover, he allegedly misused the seal of confession with the children to keep them from telling their parents about the abuse.

Although the man is not expected to testify as the trial moves forward, witnesses were scheduled to begin testifying on Tuesday.

DW follows German privacy standards by identifying the accused only by forename and first letter of the surname.