After a torrent of sex abuse allegations, Germany's Catholic Church is opening a nationwide hotline to deal with the clerical sex abuse scandal. 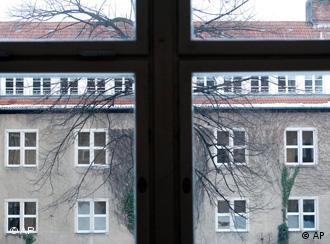 Victims as well as perpetrators can call the new hotline

In response to a growing number of sex abuse allegations, the Catholic Church in Germany has launched a nationwide telephone hotline to counsel those affected by the scandal.

The hotline is the church's response to a spate of revelations of sexual abuse and physical cruelty by clerics and parochial school teachers in recent months.

"We want to be responsive, we want to know what has been suffered and want to support those affected," said Bishop Stephan Ackermann, the special representative of the German Bishops' Conference for sexual abuse in the Catholic Church.

The free telephone line will be staffed by counseling psychologists and social workers who have experience in trauma therapy. The consultants will not act on the instruction of the church but out of their professional knowledge, according to Ackermann.

The phone line will be available for seven hours on Tuesday, Wednesday and Thursday afternoons. An answering machine will take calls outside those times.

Victims who call the hotline are under no obligation to identify themselves or to press charges against their abusers.

So far more than 150 cases of sexual abuse in Catholic institutions in Germany have been reported. Last week, Germany appointed a special ombudsman to receive and investigate allegations of sexual molestation in Catholic and other private schools, some dating from the 1950s.

The organization "We are Church" has been running a sexual abuse hotline for victims of the Catholic Church since 2002, when the cases of priest abuse in the US first came to light.

The Vatican has once again dismissed media allegations that Pope Benedict XVI helped cover up sex abuse as mounting criticism from lay reform movements resulted in a call for the pontiff to step down. (27.03.2010)

As the latest sexual abuse scandal in the Catholic Church gets uncomfortably close to the pope, questions of punishment versus apology in dealing with pedophile priests have once again emerged. (25.03.2010)

The Catholic bishop of the western German city of Münster says he won't resign in light of a report that criticizes the way he dealt with sexual abuse. Felix Genn admitted mistakes but said he did not cover up anything.

An investigation has revealed hundreds of cases of alleged child sex abuse in Spain's Catholic Church. Calls are growing for an independent probe as more and more survivors break their silence. DW reporter Jan-Philipp Scholz met one of the victims.