Catalonia: Nationalism with foul roots | Europe| News and current affairs from around the continent | DW | 10.11.2015

Catalonia's regional parliament has come out and endorsed a split from Spain. It's rather a surprise that it has come this far. But, it's no surprise that the separatists' motives are based on myths and revanchism. 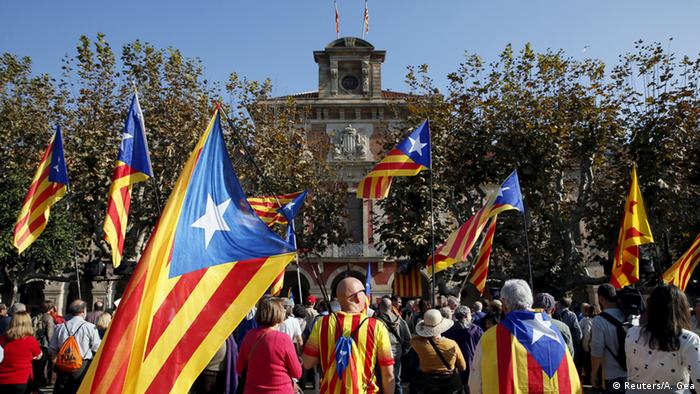 Every time there is a home fixture at FC Barcelona and the clock shows 17 minutes and 14 seconds the legendary Camp Nou stadium swells to become a nearly threatening stage of the independence movement.

Tens of thousands shout "Independence". The monumental stadium has a capacity for nearly 100,000 spectators.

For Arcadi Espada, a well-respected journalist from Barcelona, these efforts are abhorrent: "Of course the Catalans have a basic right to independence, but as with every nationalistic discourse, it is based on lies," he contends.

'Neither Nation nor democratic'

The 17 minutes and 14 seconds in Camp Nou mark the year 1714. And so say the "Independentistas", the beginning of the Catalan independence movement. After the House of Bourbon emerged victors in the Spanish War of Succession (1700-1714), Catalan was absorbed into Spain. Some maintain that the invasion finished off a democratic nation of Catalonia. 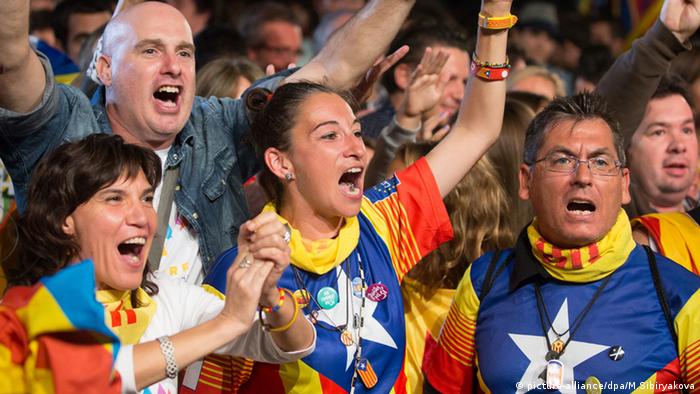 One of them who vehemently refutes the idea is himself a Catalan: "There existed neither a Catalan nation nor a democracy - that is for sure", says historian and author Jordi Canal from the Spanish daily "La Voz de Galicia". What is true is the Catalans held a special status within the Spanish kingdom. The Catalan nobility feared losing these privileges and fought on the side of the ruling Habsburgs. But it was not about independence.

Nevertheless, the Catalans have since 1980 celebrated September 11 - the day the Catalans, in 1714, finally came under Bourbon rule - as their "National holiday". Whether the term nation ever applied to Catalonia is something Canal doubts. If at all, Catalan is nowadays on the point of developing into an autonomous nation. The Catalan and Spanish cultures have for centuries been interwoven. 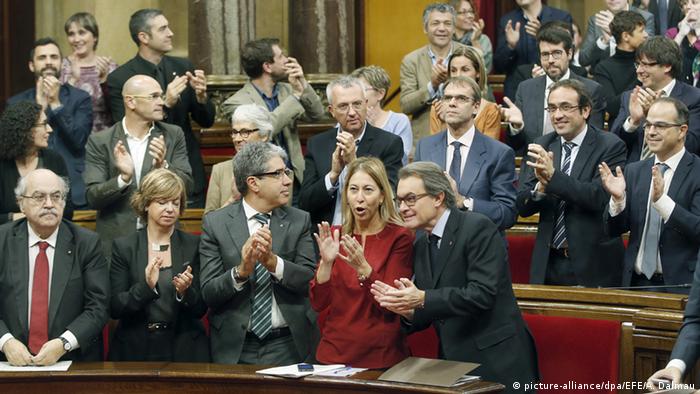 One thing is clear: the Catalans have always had their own language. It does not have its roots in Spanish, as does Portuguese or Galacian, which is spoken in northwestern Spain. But different from the Galacian and Basque language, Catalan has for centuries been a prestigious and cultural language. The oldest writings date back to the 12th Century. Since that date there have always been prominent authors in the Catalan language. Also under Bourbon rule when the Catalan language was the school, church and official language.

This was also the case under the fascist dictatorship of Francisco Franco (1936-1975). "Catalan was not the official language but was not forbidden", said author Mercedes Salisachs, who was born in 1916 in Barcelona (and in 2014 died there) , in a 2009 interview with the newspaper "El Mundo". The Catalan economist and politician Eduard Punset, born in 1936, a year later declared in the newspaper "El Periódico", that his father sent him to Madrid to study because he hardly spoke a word of Spanish, only Catalan. That was in the mid-1960s.

However, Catalan nationalists speak even today of a "cultural genocide". They speak with such vehemence about a general ban on the Catalan language that even educated people in Spain are convinced that you would be punished if you spoke Catalan.

Under Franco, Spanish was the official language and the language of teaching. It cannot be ruled out that until 1945 massive political repression focused on people who spoke Catalan. During the Spanish Civil War (1936-1939) Barcelona was an anarchist stronghold. 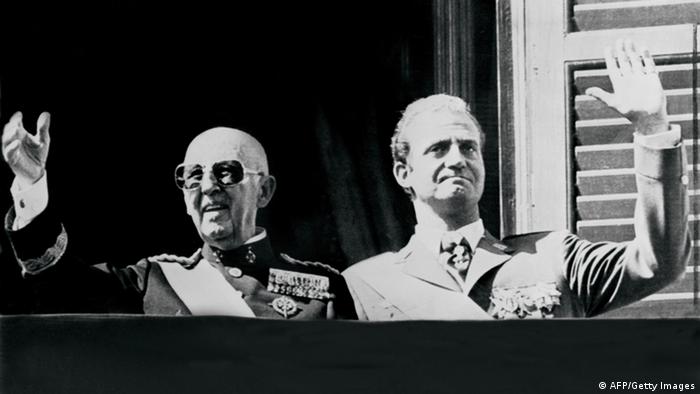 Writing in Catalan was, however, never forbidden. From the 1950s, in fact, numerous authors were awarded prizes for works in Catalan, among them Josep Pla, one of the most renowned 20th century writers in Spain. The censors concentrated on political content, not the language.

In 1968, the Catalan singer Joan Manuel Serrat was prevented by the Franco regime when he wanted to represent Spain in the Eurovision Song Contest with a song in Catalan. The songstress Massiel sang the song instead in Spanish and she won the competition. A general Catalan ban is not the reason because Serrat became famous singing in both languages in the last ten years of the Franco dictatorship.

Whatever the repressions may have been, it was now time for the Catalans to turn the tables. The government of the autonomous region overstepped its authority to repress the Spanish language: shops had to pay fines if they put up signs in Spanish. A doctor was prosecuted because he asked a patient to speak in Spanish. A schoolgirl was thrown out of class because she couldn't speak Catalan.

The schoolgirl had just moved from Tenerife to Corbera de Llobregat near Barcelona. She couldn't go to a Spanish-language school because they no longer existed in Catalonia. "You have to keep in mind this contradiction to democracy," warned the Catalonian journalist Arcadi Espada: "In Catalonia, it is not possible for his child to be instructed in the language that is the official language of the whole country."

It now looks as if the Catalan Independence movement could succeed in splitting Spain. At least one consolation for the good 30 percent of the inhabitants of Catalonia who don't speak Catalan: Raül Romeva, the chairman of the separatist coalition "Junts pel Sí", has announced that Spanish will remain an official language even in an independent Catalonia.

Pro-Spain parties have asked the government to halt the secession process in Catalonia. Spanish Prime Minister Mariano Rajoy has said he will do everything it takes to prevent the country from splitting up. (04.11.2015)

The Spanish prime minister has said that the country's main parties will defend "national sovereignty" in the face of Catalan secession. The statement comes as support for independence in the region begins to slip. (31.10.2015)

A Spanish court has summoned Catalonia's acting regional president Artur Mas to face possible charges for a 2014 ballot on independence. The Catalan administration says the case against him is politically motivated. (29.09.2015)