Mircea Cartarescu is the winner of this year's Leipzig Book Award for European Understanding. His trilogy "Blinding" ventures into the world of the surreal and reveals the absurdities of communism in Romania. 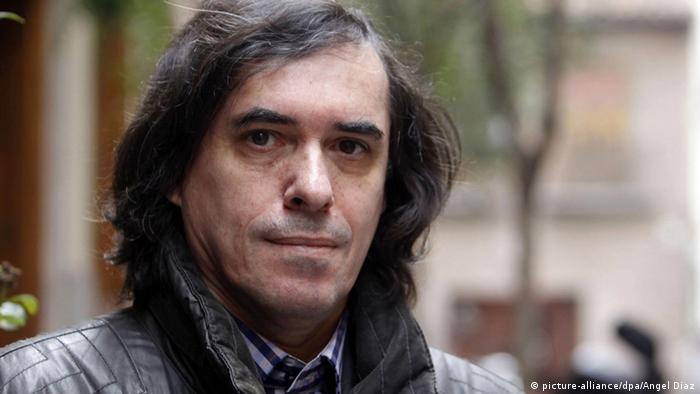 Writing is a way of "preserving your inner freedom in a totalitarian regime," Romanian author Mircea Cartarescu said in a television interview with DW. A particularly impressive expression of this inner freedom and creativity can be found in his trilogy, "Blinding" ("Orbitor" in Romanian), which has won him this year's Leipzig Book Award for European Understanding.

The 58-year-old writer and university professor of literature from Bucharest has been called a "hot tip for the Nobel Prize" by the newspaper "The Independent" and many other publications. His work has been translated into more than a dozen languages.

The Leipzig Book Award, presented on Wednesday, March 11, pays tribute to personalities who have built cultural bridges between Western, Central and Eastern Europe. The three volumes of "Orbitor" have been translated into German and published by Zsolnay in Vienna and the first volume, "Blinding: The Left Wing," was also translated into English in 2013 and published by Archipelago Books in New York.

Cartarescu's masterpiece, "Orbitor," blends memories from the author's childhood and youth in Bucharest, stories about his parents and ancestors, reflections on writing and consciousness itself, satire, science, and the surreal. In an interview during his US tour in 2013, he described the book as an "autobiography, albeit a very unreliable one." 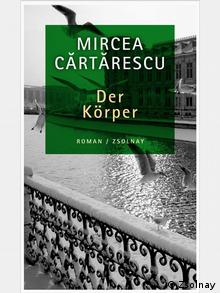 The German translation of the trilogy's second volume

The trilogy reflects the grievances and absurdities of life under Nicolae Ceausescu's dictatorship in Romania, which ended in December 1989. The protagonist's mother weaves a carpet with an intricate pattern and is subsequently accused of hiding secret messages by the dictator's much-feared intelligence service, Securitate.

"Ash-colored" people are waiting like "rodents" in long lines, desperately hoping to be able to buy some bread. Members of the secret service philosophize on the advantages and disadvantages of different methods of torture.

However, Mircea Cartarescu explained that he never intended to write a realist novel on this dark chapter of Romanian and Eastern European history. He does not regard himself as a novelist and storyteller, but as a poet. The trilogy transcends reality and ventures into the world of dreams, nightmares, hallucinations and the surreal.

The protagonist's ancestors have to flee their village south of the Danube River because of the dead who return from their graves. During their adventures, a young boy sacrifices his shadow to save his family. In the last volume of the trilogy, statues of famous public figures come to life in Bucharest and wish to be part of the revolution of December 1989, when Ceausescu was toppled.

Cartarescu's fascinating surreal visions do not lack humor and satirical elements: When the statues pass walls with the slogan, "Down with Ceausescu!" they ask themselves "how the five or six bronze statues of Ceausescu might feel," since none of the other statues "bore a grudge against them."

The Romanian author has been working on his trilogy for nearly 15 years, writing every single sentence by hand in a notebook. He finished his masterpiece in the German city of Stuttgart while he was a fellow at the foundation Akademie Schloss Solitude from 2006 to 2007.

'Europe's only chance is to stay united' 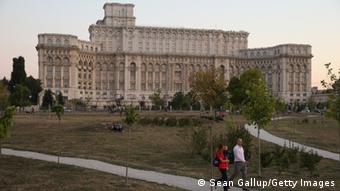 Mircea Cartarescu studied and completed his doctoral thesis as the Faculty of Letters in Bucharest. In the 1980s he worked as a teacher before becoming a university lecturer and professor. His first literary publications were volumes of poetry.

Beside internationally acclaimed novels like the trilogy "Orbitor" or "Nostalgia," his multifaceted writing also includes the collection of lighthearted romantic short stories "Why We Love Women" or the "Encyclopedia of Dragons," which enchanted both children and adults.

In many of the articles Cartarescu has published in the Romanian press, he criticized governing elites, as well as anti-democratic and anti-European tendencies in Romanian politics and society.

The writer lives in Bucharest with his wife, Romanian poet Ioana Nicolaie, and their son. Cartarescu welcomed the surprising victory of Klaus Iohannis at the presidential elections in Romania, an ethnic German who tackles corruption and underlines the significance of European values and Romania's EU-membership.

Europe and the EU are also very important to Cartarescu - and not only as a cultural space. Amid the tense international political situation, "it is Europe's only chance - also for geo-strategic reasons - to stay united," the author said in an interview with German news agency dpa, adding, "For the first time in my life, I feel threatened by the global political situation."

The Berlin author with a bicultural background, Sherko Fatah, is this year's winner of the literary award. His portrayal of the cruel brutality of war offers glimmers of hope and humanity. (05.03.2015)

In the wake of the attack against "Charlie Hebdo" illustrators are defending themselves with pen and brush. A collection from around the world has now been published as a picture book for children in Germany. (24.02.2015)

Is Michel Houellebecq's recent novel, "Submission," Islamophobic or not? At his first public appearance since the Charlie Hebdo attack, the author explains himself - with a huge portion of ambiguity. (20.01.2015)