Career setback for Juncker, the ′model European′ | Europe| News and current affairs from around the continent | DW | 11.07.2013

A security service scandal in his native Luxembourg appears to have brought about the national downfall of Prime Minister Jean-Claude Juncker. He was a man within the EU who, above all, stood for clear opinions. 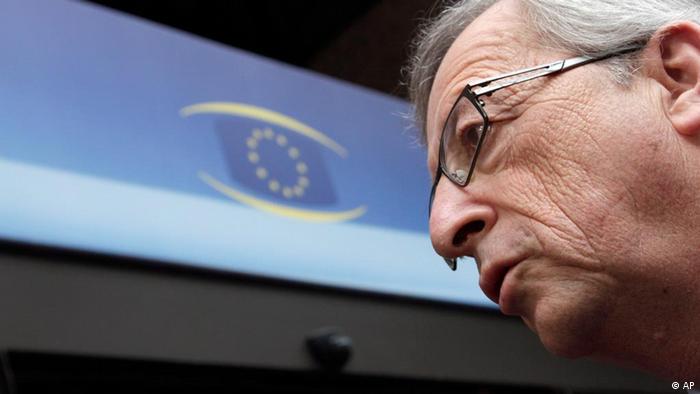 The long-time head of Luxembourg and former head of the Eurogroup, Jean-Claude Juncker, stumbled into an affair that the rest of Europe hardly noticed. This past Wednesday (10.07.2013), the Christian Democrat, who has been prime minister of the duchy for the last 18 years, announced he was to step down.

The Luxembourg parliament has accused the 58-year-old premier of letting the country's security agency slide - it's alleged to have illegally bugged politicians, used agency property privately, and taken payments and favors.

There are also inquiries into bombing attacks in Luxembourg dating back to between 1984 and 1986. Two alleged bomb plotters are currently on trial at the Luxembourg district court - the actual masterminds have not yet been found. The secret services of Luxembourg and other NATO countries and even the family of the Grand Duchy of Luxembourg are thought to be involved.

Juncker has denied the accusations, but turned in his badge nonetheless, to avoid a vote of no-confidence in parliament.

Luxembourg, a tiny country wedged between Germany, Belgium and France, has a mere half a million inhabitants - only 60 percent of whom are actually Luxembourg citizens. The rest are foreigners who work in the numerous banks or European institutions there.

Face of the eurozone

For many within Europe, he's the face of the eurozone. For eight years, until the beginning of 2013, Juncker led negotiations for the 17 finance ministers of the common currency bloc. As head of the Eurogroup, he came up with bailout packages, debt haircuts and unified oversight for ailing banks. 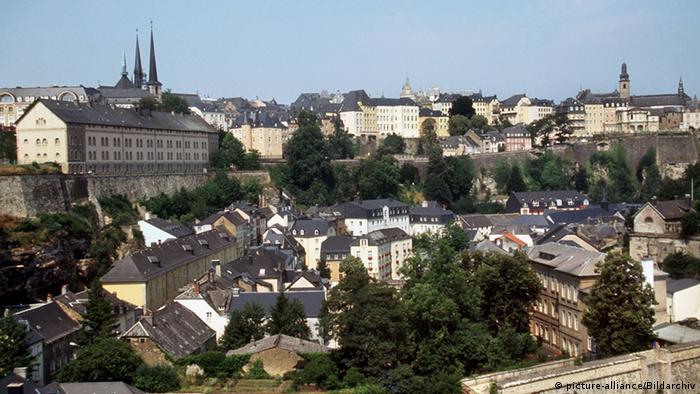 The Grand Duchy of Luxembourg is among the wealthiest EU states

Juncker is, in the opinion of many European Union diplomats, an ideal middleman with two fatal flaws: He has an opinion, and champions it too. He's a fan of ironic sayings, whether referring to negotiation results or handing a statement to the ever-waiting journalists.

"I don't have to concern myself with a question that is not being asked at the moment. If a donkey were a cat, it would sit in the tree most of the day." This is among Juncker's favorite answers when reporters ask hypothetical questions. Once in Brussels, he even jokingly bit into the gray windscreen of a microphone.

Juncker doesn't see himself as a mediator, instead he ahs pointed out on many occasions how there is fierce and strident fighting among the euro finance ministers. "That can't be broadcast live," Juncker said in an interview.

The longest-running head of government in the EU conceded that during the debt crisis, he had to spend a great deal of time in the Eurogroup. After he stepped down as head of the Eurogroup, he said he wanted to be more involved in domestic matters.

Mix of practicality and fervor

EU heads of state and government offered Juncker, a dedicated europhile, the powerful European Commission presidency in 2004. He turned the position down because he wanted to remain the sovereign of his own country.

In 2009, he sought to leave his homeland and become the first permanent European Council president. "But other Europeans put paid to that," he grumbles to this day. 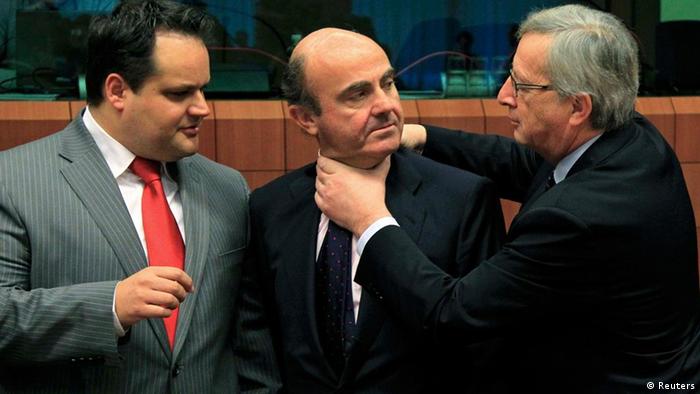 'Hands-on mediation' is a Juncker specialty

"For me, Europe is a mix of hands-on action and strong, almost fervent convictions," Juncker said on German television. "But strong convictions are useless if you can't accomplish anything tangible," he continued.

Juncker was in part marked by the experiences of his father, who was drafted in the German army in World War II and later worked in the steel industry. Juncker thus continually sought reconciliation among the European peoples.

He sees Luxembourg as the hinge between the powerful EU countries of Germany and France. "We Luxembourgers know about German things that no Frenchman could conceive of - and vice versa," Juncker has said. "We've been influenced by both cultures," he continued.

In a new vote for Luxembourg possibly advanced to this coming fall, Juncker will likely be the top candidate for his conservative party - that was confirmed by party head Michel Wolters in a radio interview.

If he's not re-elected to lead Luxembourg, the 'super-European' could switch over to Brussels and work for the EU. In the autumn of 2014, both the European Commission and European Council presidencies will open up.

"Europe is treading water, yet moving forward," Juncker once told DW in defending the results of an EU summit. And anyone who can come up with such formulations is surely suited for leading roles.

He even received an award in 2004 for his positive and clever sayings. "That suits me," he said simply.

Just before the summer break, the eurozone finance ministers have promised Greece the latest tranche of its bailout package. But before that, Athens will have to implement some long overdue reforms. (09.07.2013)

European Central Bank President Mario Draghi is always up for surprises. One year ago, he said he would save the euro, whatever the cost. Now, he's shaking up another ECB tradition. (05.07.2013)

New boss for the eurozone

Political heavyweight Jean-Claude Juncker steps down after eight years at the helm of the euro zone. He will be succeeded by Dutchman Jeroen Dijsselbloem. Juncker's humor is likely to be sorely missed. (21.01.2013)