Pot sales hit new highs ahead of lockdown measures, but people now seeking to stock up are confronted with some deliveries not arriving amid the pandemic. Could there be any bottlenecks in the future? 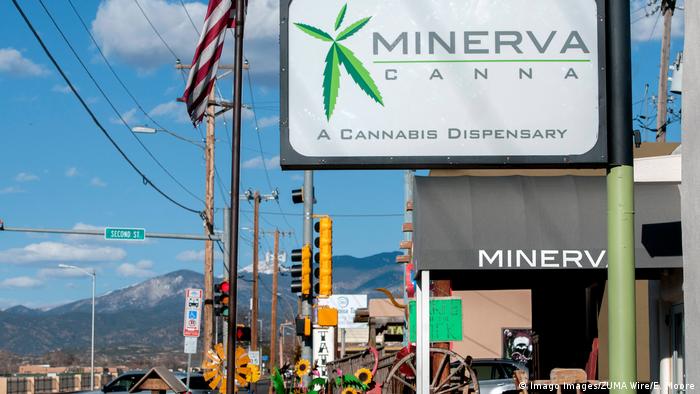 According to cannabis industry analytics firm Headset, pot sales in the United States spiked in mid-March, with sales growth peaking at 64% in the week ended March 16 — the highest growth rate since at least the beginning of 2019.

But after people had apparently replenished their stockpiles for fear dispensaries might be closed amid virus shutdowns, sales decelerated during the last two weeks of the month to the "mid- to high-single-digit range," the Headset analysts said.

In the course of April, most US federal states surprisingly declared cannabis an "essential good" like groceries, allowing pot dispensaries to offer curbside delivery.

Stephen Murphy says moves by state governments to keep pot stores open show how deeply the cannabis industry is already rooted in the US economy. Murphy is the founder of Prohibition Partners, a leading data provider and strategic consultancy for the global cannabis industry, with offices in London, Barcelona and Dublin and a workforce of some 40 people.

The global virus pandemic, however, was generally making investors more cautious, he told DW, which is slowing support for cannabis startups, too. "The industry is still fairly new and requires much funding for lobbying, equipment and personnel. We are seeing that many firms are struggling to raise cash."

The long-term investment model for the industry hasn't changed as legalization spreads and demand for either recreational or medical cannabis grows. But amid the coronavirus crisis, several cannabis companies are set to run out of cash in the next few months as capital markets are threatening to dry up.

In early April, business news outlet Marijuana Business Daily issued an analysis tracking 33 cannabis firms, and looking at their operating cash flow, cash on hand, unused credit facilities and new debt or equity. After subtracting the companies' capital expenditures and debt due in 2020, the publication found that eight firms didn't have enough funding to survive the next 10 months.

The report concludes that the pandemic was becoming "an extinction-level event for some companies."

Moreover, the early boom in pot stocks already came to an end before COVID-19, especially in legalization trailblazer Canada, where official licensing numbers in 2018 were disappointing and subsequently failed to attract more investments.

The Bloomberg Intelligence Global Cannabis Competitive Peers Index fell more than 50% between mid-February and its recent low on March 18 and had already lost two-thirds of its value in the 12 months before that.

"Investors are getting more realistic about the potential of cannabis stocks," says Murphy, noting investor reluctance is causing many corporate expansion plans to be put on hold, leading to job losses.

Murphy, however, remains upbeat about the pot-growing industry, which is legalized on a nationwide scale only in Canada so far. New Zealand is planning to hold a referendum on legalization in September, he says, while he expects a country-wide opening up of the industry in the US after the next presidential election in November. Not even Donald Trump will leave this huge pool of potential voters untapped, he argues. 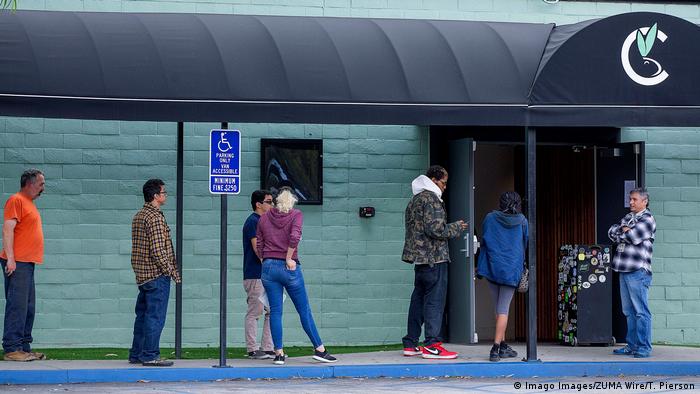 In Germany, the consumption of cannabis for recreational purposes is still banned. But the use of medical marijuana for treating diseases was legalized three years ago.

Even though public health insurance funds are still reluctant to cover treatment costs, latest figures provided by regulator Federal Institute for Drugs and Medical Devices (BfArM) show a steady rise in cannabis-based treatments. Total sales grew to €120 million ($130 million) in 2019, with more than 50 growers having won official bids to provide 10,400 kilograms (22,928 pounds) of pot over the next four years.

Jürgen Neumeyer, the head of cannabis industry group BvCW, says it is still unclear to assess how the current health crisis will impact sales. But he expects growth in the number of patients applying for cannabis-based treatments to decline due to lockdown measures.

As treatments are dispensed to high-risk groups of patients, special security precautions must be taken in pharmacies, he told DW. Due to a widespread lack of protective gear in the early days of the pandemic, some patients couldn't get their individual doses of medical marijuana, he claims.

He also believes that people are generally reluctant to visit their doctors during the pandemic, which is likely to result in a decline in treatments being prescribed.

Since Germany legalized medical marijuana in 2017, it has relied on imports mostly from the Netherlands and Canada. But Stephen Murphy says that national lockdowns in Europe and elsewhere are taking a toll on logistics operations.

Under efforts to ensure a high-quality domestic supply, Germany is now aiming for the first local cannabis harvest by the end of this year.

Germany's leap into homegrown medical marijuana was launched in an orderly way in 2017, with a public tender by BfArM's so-called cannabis agency inviting bidding for relatively small lots of 200 kilograms to make it easier for smaller growers to participate.

But the initial tender had to be halted after a court ruled that companies hadn't been given enough time to adjust after a change in the bidding process. In April 2019 though, the cannabis agency was finally allowed to grant licenses to bidders, among them three German growers.

While the agency told DW in a statement the coronavirus hadn't changed the end-of-2020 deadline for delivery, the BvCW industry group has warned the target is "very ambitious," given the current shutdown in Germany.