Climate change is likely to cause water shortages - around the world and especially on the continent of North America. This will also affect energy supply from hydropower - but one Canadian utility is already responding. 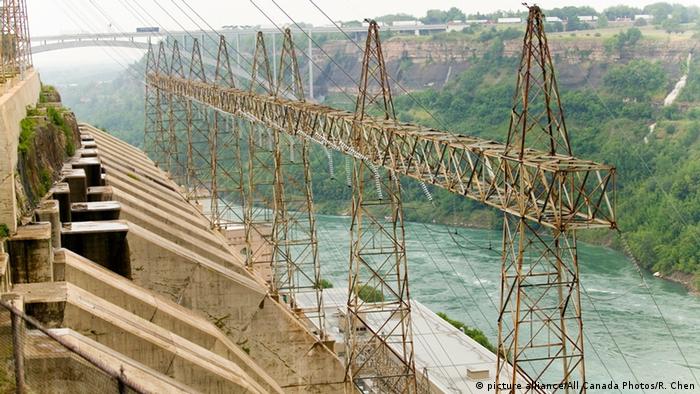 Recent research has shown that greenhouse gas emissions are continuing to rise. This wakeup call rings loudly in northern hemispheric nations like Canada, where warming is predicted to more extreme - well warmer than the 2-degree limit governments intend to aim for in Paris at COP21 climate talks due to start November 30.

Dramatic shifts are already unfolding in the Canadian Rocky Mountains and Arctic, where ice pack and glaciers are melting at an alarming rate.

This, of course, has impacts - chief among them a scarcity of freshwater, which affects not only the supply of water, but also production of electricity from hydropower.

But one utility in Canada is already responding: It has built a climate-friendly office building that is breaks ground on energy efficiency.

"It really is a game changer," says Andrew Weaver, a climate modeler at the University of Victoria, in British Columbia. He is a contributing author for the last four scientific assessments carried out by the United Nations Intergovernmental Panel on Climate Change.

"Where we're headed is to warming on the order of 3, 4 degrees," Weaver said. "When we start to talk about 4-degree warming, you're talking about staggering levels of ecosystems committed to extinction," he said. 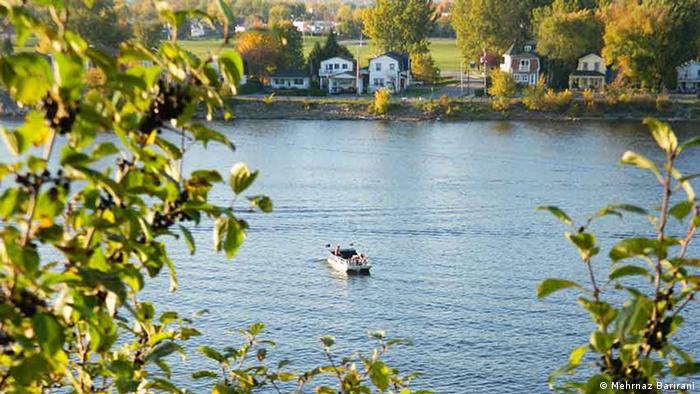 Canada's rivers could look a lot lower in years to come

David Schindler, a retired professor of ecology at the University of Alberta in Edmonton, is worried about Canada's freshwater resources. Schindler founded Canada's experimental lakes area, in Ontario, where the impact of pollutants and atmospheric warming were studied at site.

Schindler looks back on past studies as an early climate warning bell. He all but predicted the impacts that became apparent this past summer: Fire in watersheds, more chemical pollutants as a result, declining stream flows due to drought, and chemical changes in the water.

Studies Schindler has contributed to predict that more than 90 percent of interior British Columbia and Rocky Mountains glaciers will be gone by 2100. And that will reduce summer river flows in Canada's interior.

This, combined with heat-induced acceleration of the water cycle and a parallel rise in extreme weather events, is set to make Canada's freshwater resources much less dependable in years to come.

In the Canadian province of Manitoba, where lakes and rivers abound, the public energy utility Manitoba Hydro is preparing for the worst. Three-quarters of a million Manitobans rely on electricity that Manitoba Hydro generates within the Nelson and Churchill River basins.

In response to this threat, Manitoba Hydro's Power Smart program is addressing demand - encouraging consumers to be as energy-efficient as possible.

And in the early 2000s, with plans for new Winnipeg headquarters underway, Hydro decided to bring its energy efficiency campaign back home. 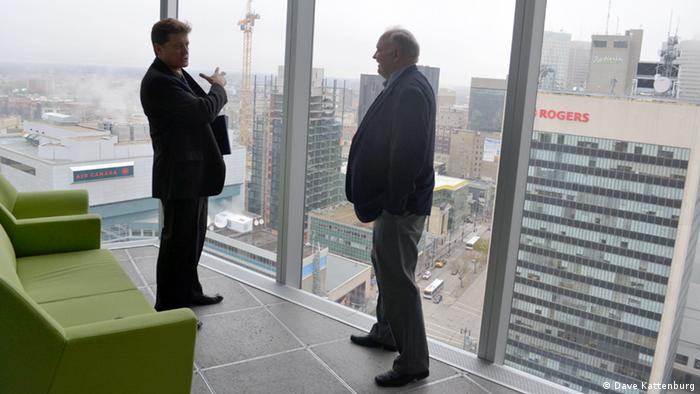 The 22-story office tower, completed in 2009, is the most energy-efficient in all of North America - the only building in Canada to receive platinum certification under the Leadership in Energy and Environmental Design (LEED) program.

Manitoba Hydro architect Tom Akerstream describes the new building as "bioclimatically responsive" - designed to cooperate with outside weather and climate, rather than alter it or create a new climate. The tower reduced the utility's energy consumption by 60 percent - triple Canada's current greenhouse gas reduction target.

Like the Earth's climate, Manitoba Hydro's office tower is an integrated system. Heating and cooling are provided geothermally, through a network of pipes buried beneath the building. Heat is drawn up from the ground in the winter, and injected back down in the summer. 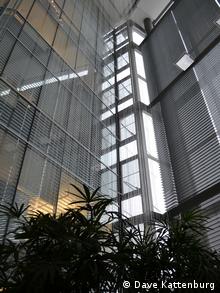 The building's geothermal system is supplemented by passive solar exposure, maximized by a south-facing double wall - the outer one with double-paned glass, and the inner wall with single-paned glass.

In the winter, both walls are closed, allowing air trapped between the two walls to heat in the sun. And in the summer, the outside windows are opened and the inner ones closed, so that the inside of the building doesn't overheat.

Winnipeg's prevailing southerly winds get caught by a vertical baffle running up the double wall, directing wind through it, thus cooling the building.

The most unusual feature of Manitoba Hydro's groundbreaking building is its solar chimney - a multi-story shaft of glass projecting above the roof. As heated air within the chimney rises, it draws inside air out like a straw, ventilating the building at no energy cost.

On top of it all, maximum exposure to the sun reduces the need for electric lighting, and passive air circulation provides excellent indoor air quality.

And on an outdoor balcony overlooking downtown Winnipeg, a prairie garden grows. In the summer, native grasses help cool the office space below, slow the flow of storm water flow and provide habitat for waterbirds. Beehives are planned for 2016. 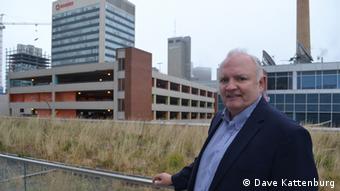 In a "3-degree world," where carbon emissions must go down and energy efficiency up, buildings like Manitoba Hydro's will be in demand. Such buildings consume nearly half of the energy generated in North America, accounting for 40 percent of CO2 emissions from electricity production.

"I'm convinced if we put the same team together and built another tower, we'd be able to build it even that much better," says Akerstream.

And that is good news for places expected to bear the brunt of climate change impacts.

As part of a new climate action plan, Paris went car-free this past Sunday. To reduce its carbon footprint, the French capital intends to build out bicycling and renewable energy. Can it become a model green city? (28.09.2015)

Protecting people and planet, promoting prosperity: Achim Steiner, head of the UNEP, talks about how to integrate sustainability in development - and why that's important - after world leaders adopted new goals. (25.09.2015)