Two men accused of planning to derail a train traveling between Canada and the US were motivated by Islamic extremism, a court has heard. The pair's alleged plans were foiled by an undercover agent. 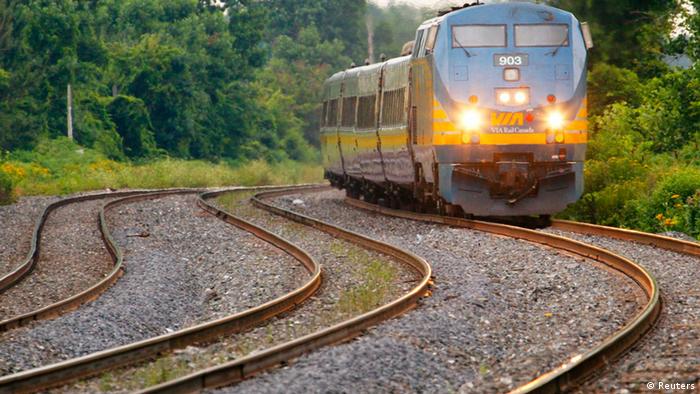 The men each face five terrorism charges relating to an alleged plot to derail a Toronto-New York passenger train. Chiheb Esseghaier and Raed Jaser, both in their 30s, have pleaded not guilty.

They were arrested in 2013, with police saying at the time their plot was backed by al Qaeda. Their trial opened on Monday, with prosecuting lawyers arguing the two men spent months planning to kill as many people as possible.

Key to the case is the pair's alleged plan to cut a large hole in a railway bridge in order to derail a passenger train, potentially killing and injuring dozens on board.

Prosecutor Croft Michaelson said the men wanted to protest the deployment of Western troops overseas, and to convince Canada and its allies to withdraw their troops from "Muslim countries."

An undercover officer told the court that he befriended Esseghaier, a Tunisian, on a flight in 2012. The officer ended up being able to convince the men he could help them pull off the attack.

It was heard that Jaser, a Canadian permanent resident of Palestinian descent, was skeptical as to the value of derailing a train that may kill only a "few sheep," or 50-60 passengers. Prosecutors said he was interested in targeting political leaders instead.

According to the prosecution, Esseghaier had traveled to an Afghan village near the border with Iran and began plotting soon afterwards. He has refused to acknowledge the court's authority and has not retained legal counsel.

The trial is expected to last for up to eight weeks.