Canada: Sponge fossils may be oldest animal life ever found 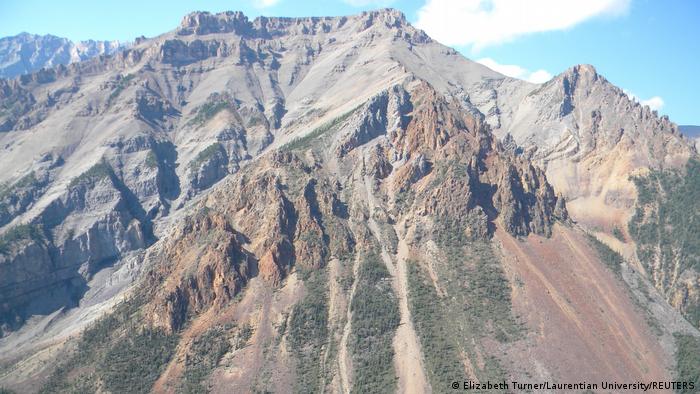 A Canadian scientist believes she could have found evidence of the oldest known animal life, according to a report in the Nature journal on Wednesday.

The finding on a remote northwest Canadian mountainside dates back 890 million years.

Geologist Elizabeth Turner discovered what she thinks are fossilsof ancient sponges, one of the most primitive life-forms, which are 350 million years older than any other sponge fossils found so far.

If scientists corroborate her research, conducted in an area of the Northwest Territories only accessible by helicopter which was once underwater, it could radically transform outlooks on evolution.

What did the geologist discover?

Turner, a professor at Canadaꞌs Laurentian University Harquail School of Earth Sciences, found evidence of sponges in the 890-million-year-old reefs.

She presented evidence of tube-shaped structures made out of calcite crystals.

"The nature of the material is familiar from the bodies of much younger body fossils of sponges," said Turner.

The presumed fossils she found were only a centimeter (0.39 inches) wide.

Turner said they would have been "tiny and inconspicuous, living in shadowy nooks and crannies below the surfaces of the reefs."

Why is the find significant?

There is very little fossil evidence of sponges before the Cambrian period, 540 million years ago.

If the findings are proved to be true, the sponges would have lived 90 million years before the "Neoproterozoic event" during which scientists believe large amounts of oxygen increased in the atmosphere, giving way to animal life.

"If I am correct in my interpretation of the material, the earliest animals appeared before that event and may have been tolerant of comparatively low oxygen levels, relative to modern conditions," Turner said.

Research of modern sponges has proven that they can survive with low amounts of oxygen.

"The earliest animals to emerge evolutionarily were probably sponge-like," she concluded.

What are other scientists saying?

"I think she's got a pretty strong case. I think this is very worthy of publishing — it puts the evidence out there for other people to consider,'' said David Bottjer, a paleobiologist at the University of Southern California.

Scientists think life on Earth started about 3.7 billion years ago, but they thought animals came into the picture a lot later.

"I believe these are ancient sponges — only this type of organism has this type of network of organic filaments,'' said Joachim Reitner, a geobiologist at Göttingen University in Germany.

Looking for fossils in the North Sea

Looking for fossils in the North Sea

Paco Cardenas a sponge expert at Swedenꞌs Uppsala University, who, like the others scientists, was not part of the original research, said the timing was "stunning."

"To have discovered sponge fossils from close to 900 million years ago will greatly improve our understanding of early animal evolution," he said.