The discovery of more than 1,000 unmarked graves of children has prompted anger against the Catholic Church in Canada. The church has now admitted to "grave abuses." 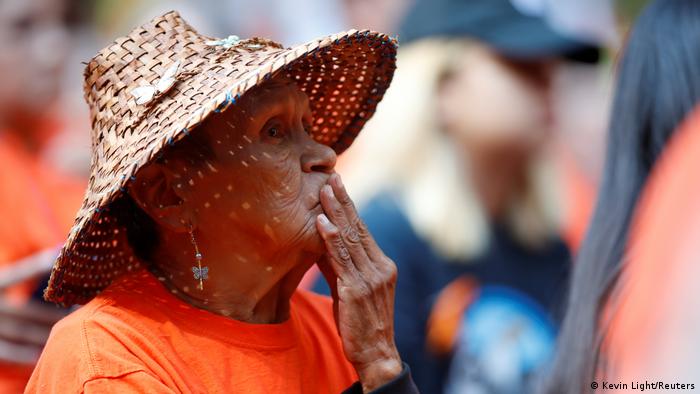 Canadian Catholic bishops expressed "remorse" as they finally apologized Friday for over a century of abuses at residential schools that stripped children of their Indigenous cultures and languages.

"We, the Catholic Bishops of Canada, express our profound remorse and apologize unequivocally," said the Canadian Catholic bishops in a statement.

Recent discoveries of more than 1,000 unmarked graves of children who were physically and sexually assaulted at Catholic-run schools have caused widespread outrage across Canada.

What did the Canadian bishops say?

The bishops' apology was long in the making, after parliamentarians called the religious denomination to act in 2018. The Vatican has not yet issued a formal apology.

"We acknowledge the grave abuses that were committed by some members of our Catholic community," the Canadian bishops said in the statement on Friday.

"We also sorrowfully acknowledge the historical and ongoing trauma and the legacy of suffering and challenges faced by Indigenous Peoples that continue to this day," the statement said.

The bishops admitted that the abuse was "physical, psychological, emotional, spiritual, cultural, and sexual."

With government officials expecting to find even more unmarked graves, the bishops said they would be "providing documentation or records" to help identify the bodies.

The Catholic Church, one of the biggest religious groups in the world, said it was "fully committed to the process of healing and reconciliation." The bishops also said they would be sending Indigenous elders, survivors and youth on a trip to Rome in December 2021 to meet Pope Francis.

What is the link with the Catholic Church?

From the 1800s to the 1970s, Roman Catholic missionaries ran boarding schools for 150,000 Indigenous children where the government has admitted sexual and physical abuse was rife.

Indigenous children were taken from their families, often by force. They were housed in crowded, state-funded, church-run facilities, where they were abused and forbidden from speaking their languages. The system aimed to "kill the Indian in the child."

Many children never returned home, either dying from neglect, disease or suicide. 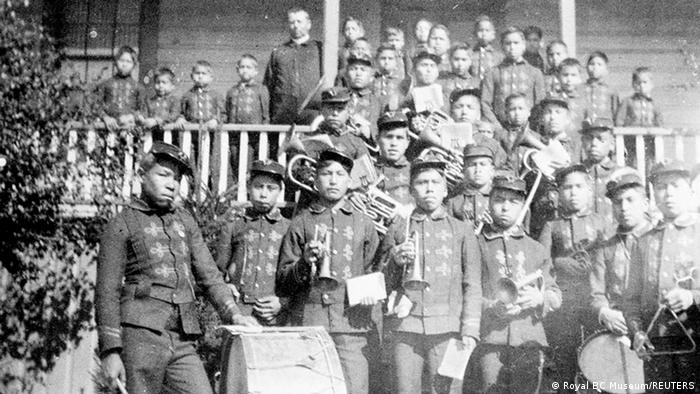 After Canadian Prime Minister Justin Trudeau apologized for the abuses, lawmakers pushed for authorities to investigate "crimes against humanity" at residential schools.

What unmarked graves were found?

Several Canadian Indigenous communities across the country have helped locate the remains of hundreds of children at former residential school sites.

In May, investigators found the remains of 215 children, some as young as 3 years old, on what was once Canadaꞌs biggest Indigenous residential school, close to Kamloops in British Columbia.

Then, in June, ground-penetrating radar raised the alarm about 182 corpses at a former residential school in Cranbrook, also in British Columbia.