The Sino-European relationship is at a crossroads. After decades of patient waiting for promised reforms and opening up, Europe now sees the resurgence of a giant that is less eager to conform to its expectations. 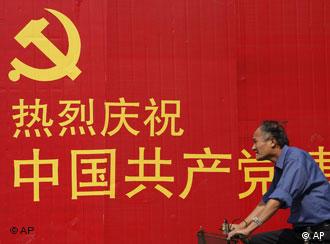 China's global expansion has put the EU on the defensive

Thirty years ago, Deng Xiaoping said that it would take 100 years for China to become a democracy. While another 70 years of waiting would be frustrating in itself, things have been made worse by current President Hu Jintao's assertion that the century of political transition has yet to begin.

It is this sluggish liberalization which is frustrating the new generation of European leaders, especially German Chancellor Angela Merkel and French President Nicolas Sarkozy who both want China to speed up social and political reforms.

But this slow progress is only one item in a catalogue of differences which have been increasingly straining EU-China ties.

Over the past few months, the Sino-European relationship has been rocked by allegations of Internet espionage and cyber-warfare by China; fractious trade relations over everything from steel to children's toys, rising suspicion over the People's Republic's economic ambitions and strong language on its human rights and environmental record.

While many of these areas of conflict have recently highlighted the growing EU-China divide, experts on Sino-European ties pinpoint three main challenges to the stability of the relationship.

Jonathan Holslag, the head of research at the Brussels Institute for Contemporary China Studies (BICCS), believes the biggest challenge to the relationship is China's tenacious economic protectionism.

"This protectionism is the EU's key concern, particularly in the financial sector," Holslag told DW-WORLD.DE. "China's export promotion strategy is also a worry, given that the Chinese government is developing a new generation of advanced national champions backed by excessive subsidies, tax breaks, and most importantly, a cheap currency. There is also little reinforcing of basic product safety standards or International Property Rights (IPR) rules." 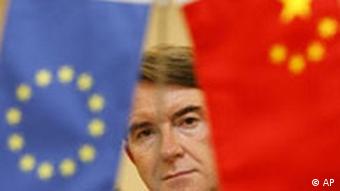 EU Trade Commissioner Peter Mandelson has had run-ins with China

Holslag also believes that China's economic boom is reaching niches in which Europe once had a strong lead. The EU's advantage in many economic areas is being eroded by a state with more than $1.4 trillion (0.97 trillion euros) of foreign exchange reserves in its pocket. China's enormous economic power could reduce the European bloc's competitiveness.

"The fact that China has developed into a competitor is mainly due to the fact that the EU itself is not able to step up its economic modernization and its political coherence," Holslag added. "The worst reaction from the Europeans would be to step up its own protectionism. Such a strategy would be harmful to Europe's own long-term interests. The only way of dealing with China is for the EU to do things better."

According to Carmel Leclerq, an expert on EU-Asia relations at the Brussels-based Sino-European Forum, China is also slowly reducing the European Union's influence in many areas of global diplomacy. China has abandoned its once timid diplomatic posture and is growing more assertive. A zealous and well-coordinated foreign economic policy is beginning to undermine European interests in the world. 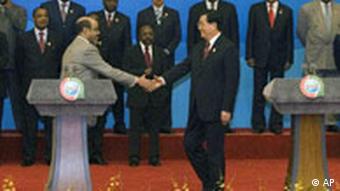 China has reached out to Africa and has been accepted

China's tackling of problems which the EU has decided to stay out of, such as North Korea and Sudan, the People's Republic is sidelining the EU and weakening its influence, particularly in Africa, were it is conducting an economic development policy based on large amounts of aid, loans and investments.

"Compared with China's charm offensive where it seems genuinely knowledgeable, open and committed to solving international problems, the EU appears to be hopelessly undecided on where it stands on many issues and fails to translate its potential power into real clout," said Leclerq. "The EU shouldn't try and undermine China's growing influence or even contain it but try to build up a healthy balance of influence by making itself stronger and more focused." 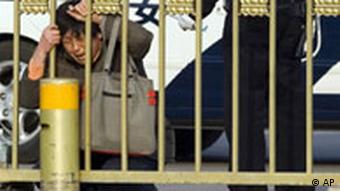 China is some way behind the EU on human rights issues

"The EU expects China to make real concessions. The time of promises and minor cosmetic adaptations is over. Beijing has to start to improve civilian rights in line with international accords," said Jonas Tiel from the European Asian Watch Foundation. "China needs to react in a more moderate manner to criticism. The cancellation of human rights talks with Germany after Angela Merkel met with the Dalai Lama was not constructive. China can only expect even more pressure if it doesn't take steps. Sanctions are not out of the question."

Professor Dai Bingran, an expert on European Affairs at the University of Fudan in China, says that the EU needs to have more patience with China over human rights issues and that the Chinese people are on the road to democracy and freedom but admitted progress is slow.

"Issues like human rights, freedom, democracy, etc. are not in the traditional Chinese culture, say in Confucianism, but that does not mean we are against them," Bingran said. "On the contrary, in the last few decades the situation has greatly improved. It is true that the situation is not as good as in Europe, or as they should be, but for such things to take place, it does need some time."

Possible demonization of China in Europe

Most experts agree that while there are solutions to all these challenges, the biggest danger is China becoming "demonized" within the EU and that, much like what is happening at the moment in the United States, a "grand coalition" of China-sceptics forms in Europe and brings pressure on national parliaments and the EU to act.

"What's possible is that interest groups, such as environmentalists, human rights campaigners, textile producers, and those who criticize China within the EU start to find each other," Holslag said. "This would lead to increased pressure to resort to sanctions on trade and other issues and would inhibit the EU's ability to pursue a cautious China policy." 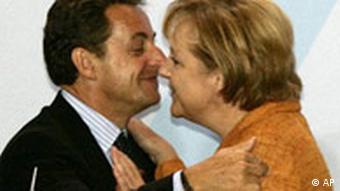 Sarkozy and Merkel get closer on their China stance

Leclerq believes that a harder stance towards China has already begun at a high level. "Merkel and Sarkozy have already taken up more hard-line positions with China than any of their predecessors, mainly because they have been pressured to do so by domestic factors," she said.

"Germany in particular is taking a more critical tone, moving away from its role as a prominent defender of close commercial relations with China as it starts to see the Chinese challenging its own advanced economic strongholds in electronics and car manufacturing."

Cooperation and partnerships the way forward

The experts believe that the dragon cannot be caged and that the EU should not even try. A concerted effort to restrict and alienate China, even with the backing of the United States, would be impossible without harming international economic stability. The general belief is that the only way for the EU to keep China in check is to act as a unified player in world politics and to make itself indispensable as an economic and political partner. 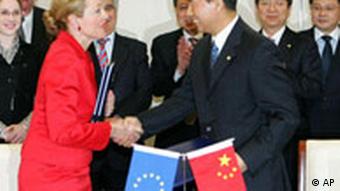 The future is not necessarily bleak for the EU and China

The omens are good for the EU in this respect. With the United States becoming more unpredictable due to the upcoming presidential elections and its increasing China-phobia, the Chinese consider the EU an important partner. The EU's position as an intermediate between the US and China therefore makes it well placed to engage with the Chinese and could provide the EU with more influence.

Negotiations for a new EU-China Partnership Agreement in either 2008 or 2009 will be vital to maintain mutual confidence, but China's reluctance to address key topics like political freedom, economic imbalances and liberalization, and the EU's current inability to agree on a coherent China policy makes the coming eighteen months very important regarding the future of Sino-European relations.

Merkel Signals Shift Away from China in Asia Policy

China has again criticized German Chancellor for her meeting with the Dalai Lama over the weekend. On Tuesday, China said it had damaged ties between the two countries and called on Berlin to remedy the situation. (25.09.2007)

Do you think the EU is taking the right stance towards China? Please include your full name and country with any reply.