Diplomacy Needed After Dalai Lama Visit in Germany, Expert Says | Germany | News and in-depth reporting from Berlin and beyond | DW | 25.09.2007

China has again criticized German Chancellor for her meeting with the Dalai Lama over the weekend. On Tuesday, China said it had damaged ties between the two countries and called on Berlin to remedy the situation. 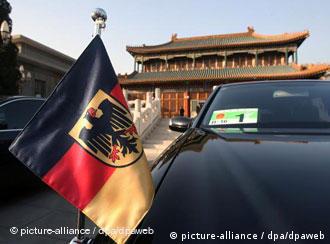 DW-WORLD.DE spoke with China expert Eberhard Sandschneider of the German Council on Foreign Relations in Berlin about how Sino-German relations could develop after the controversial meeting between German Chancellor Angela Merkel and the Dalai Lama -- Tibet's spiritual leader -- at the chancellery on Sunday, Sept. 23.

DW-WORLD.DE: China cancelled two meetings with Germany -- one was a justice conference in Munich, another was a traditional breakfast meeting between China's and Germany's foreign ministers on the sidelines of the United Nations General Assembly in New York. Now China is saying the foreign ministers should meet after all. What's all the somersaulting about? 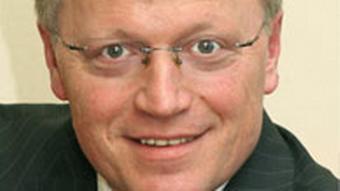 Eberhard Sandschneider: Obviously, the meeting between Chancellor Merkel and the Dalai Lama has angered China and will do so for some time. But, it's certainly not in Germany's interest, nor in China's, to see a downturn in bilateral relations. China wants to make clear on a diplomatic level that the Dalai Lama meeting was not acceptable, but German diplomats have also tried to show to their Chinese counterparts that this should not be the end of the dialogue and that we should get back to business as usual. After all, this meeting [between Merkel and the Dalai Lama] is not a core issue of German-Chinese relations and should not be treated as such.

Was Merkel's meeting with the Dalai Lama a mistake?

The meeting was perfectly okay, but the place makes a difference. It's the first time the German chancellor has received the Dalai Lama at the chancellery itself, and that gives political clout to someone who certainly isn't a friend of the Chinese government.

It makes this visit, even though it's been declared private, very political.

It was a mistake in that it does not help German-Chinese relations. Let me give you one example. We are all watching what is going on in Burma right now. It would be absolutely helpful and necessary for German Foreign Minister Steinmeier to pick up the phone and call his Chinese counterpart to express interest in finding a solution in Burma; for the time being, that is not possible.

What are other examples of where good Sino-German relations are important? 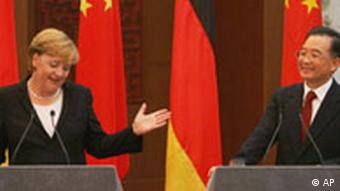 Basically, all major aspects of international relations. We know that it is not possible to solve any of these problems without China -- be it climate change, Iran, energy supply or North Korea. If one assumes that it is in our interest to have China cooperate, then it would make sense not to prevent cooperative behavior on the part of Beijing. It's partly economic influence, but it's far more. China is an important strategic partner for all the major issues on the international agenda, and also from a German perspective.

Still, isn't China actually interfering in Germany's affairs when it dictates with whom the chancellor should or should not meet?

Theoretically, yes, it's Germany's business, and I'm not saying she shouldn't have met the Dalai Lama at all, but that is the game of playing interest against interest. It is in the interest of our chancellor or even of the German government to be in dialogue with the Dalai Lama. On the other hand, China has other interests, and whenever you have clashes of this kind, then a little more diplomacy is needed not to irritate bilateral relations. It is not about dictating to each other what they should do, but about respecting each other, and only if you respect these differences can you work together in a more or less coordinated way.

What are China's interests in having good relations with Germany? 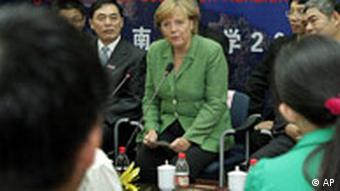 We are one of its main trading partners -- certainly the most important European trading partner. China is interested in German technology and doing business with Germany. But, it also knows that whenever it comes to international coordination, Europe is important and Germany is important within Europe, so there is a mutual interest in getting these things in order as soon as possible.

You mentioned Burma, what could China be doing to help ease the tensions there?

China is the only international actor who has some kind of pull with the junta in Burma. No other countries do. China's interests are clear: it cooperates both economically and militarily with Burma. So, it is in China's interests to maintain stability there. The Chinese government certainly does not care whether it is a military leadership in Burma or not, just as it doesn't care about military regimes in Africa. But stability in the region is critical to China, and Chinese representatives have made clear that they want the Burmese military leaders to talk with the demonstrators and not shoot at them. It remains to be seen whether or not China will take action.

European media showered German Chancellor Angela Merkel with praise after her decision to meet privately with Tibet's Dalai Lama despite the threat of objection from powerhouse China. (24.09.2007)