Cameroon’s military said that it had stopped hundreds of Nigerian fighters attempting to enter its territory to join separatist groups in English speaking regions - that are demanding for independence. 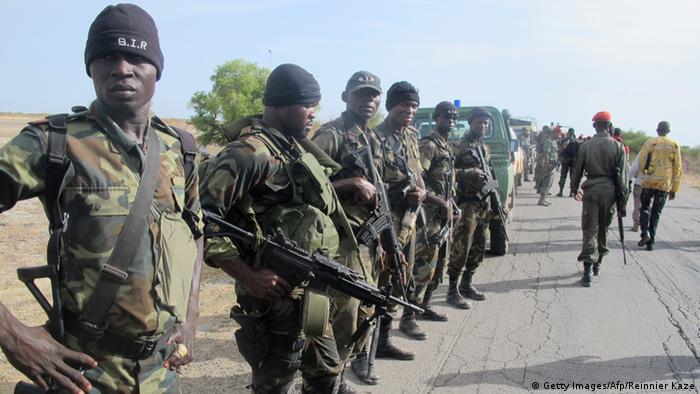 Additionally, the military has intensified arrests of activists despite calls from the United Nations and the international community. Most recently Catholic bishops denounced "barbarism" and "irresponsible use" of force against demonstrators in Cameroon's English-speaking regions.

Issa Tchiroma, Cameroon's minister of communication and government spokesperson warned local residents from the two English speaking regions in the northwest and southwest of the country, to be ware of armed fighters from neighboring Nigeria - who either sympathize, or have been hired by separatists groups to fight for the independence of the state of the so-called "Ambazonia."

"Two hundred people from neighboring Nigeria were trying to cross the frontier by force at Ekok. They were pushed back aided by the Nigerian army posted there on the Nigerian side," Tchiroma said.

"On behalf of the government of the Republic of Cameroon, I pay tribute to the Nigerian authority in the struggle against separatism and the terrorist peril to which Cameroon and Nigeria are being confronted with." 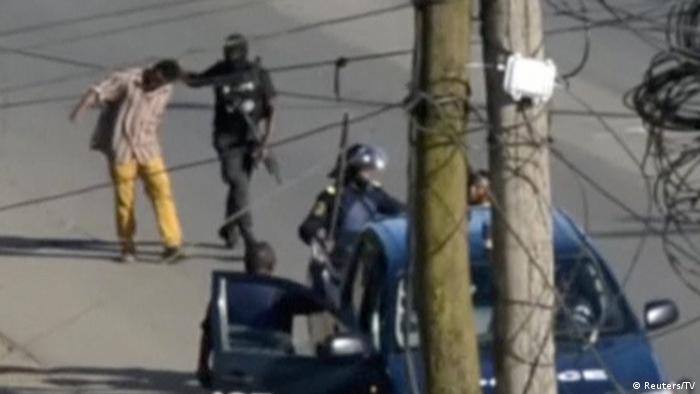 Following the minister's statement, Cameroonian troops have since deployed heavily along the country's border with Nigeria. This has created panic among local residents who fear that the troops might go on rampage and harass them.

Joseph Njobatir, leader of the Wimbum people, a local tribe from the English speaking northwestern town of Nkambe but now lives in the capital Yaounde, said that many young people no longer go to school since the crisis began, and many have also deserted the town.

"The youths are hiding in the bushes. Do you know what would become of these youths in the next few weeks?" he wondered. "Paul Biya should get up like the father of this nation." By getting up Njobatir implied that Biya should be concerned about the plight of the youth in the restless regions.

"What does it cost for President Paul Biya as the head of state to get up and say let me go and see those people up there who are agitating," Njobatir added. Professor Willibroad Dze Ngwa, a lecturer at the University of Yaounde told DW that, President Biya should solve the crisis urgently- lest it escalates beyond the borders especially that Cameroonians living along the border regions share same traditions with their immediate neighbors on the Nigerian side.

"It should be a round table dialogue. Not the top-bottom approach that we are used to. Not the arrogance that has characterized governance in this country. The president of the Republic has the sole responsibility at this point in time to arrest the situation," Ngwa said.

Since riots intensified and flags were hoisted as a sign of independence for the so-called "Ambazonia" in English speaking regions, President Biya has not made any statement on the crisis. He left the country to attend the United Nations General Assembly which officially ended on September 29 and has not returned ever since.

The Anglophones in the predominently French-speaking country say they feel like second class citizens. Now some say equality isn't enough - they want independence. (23.09.2017)

The English speaking people of Southern Cameroons are demanding an independent, sovereign nation they call Ambazonia. Cameroonian President Paul Biya will have none of it. (02.10.2017)