The prime minister of Cambodia has asked the interior ministry to investigaate the Cambodia Center for Human Rights. The move comes admist a crackdown on threats to Hun Sen's 20-year rule. 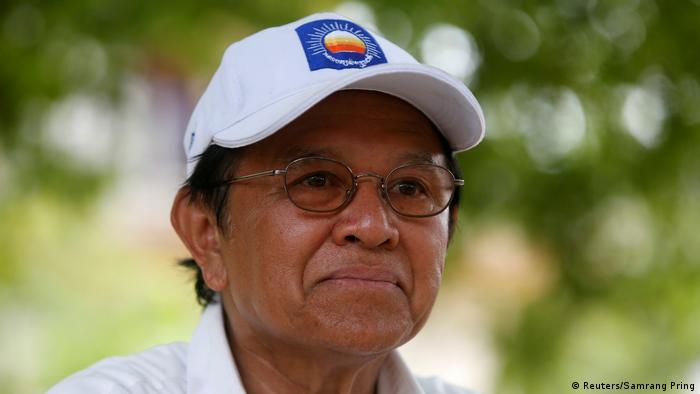 Cambodian Prime Minister Hun Sen called for the closure of one of the country's most important human rights groups on Sunday. The Cambodian Center for Human Rights (CCHR) was founded by jailed activist and opposition politician Kem Sokha (pictured above).

Hun Sun has described the opposition as "children" of the United States, and claims he told President Donald Trump as much during a summit in the Philippines earlier this month.

"The Cambodian Center for Human Rights must be shut down because it was created by foreigners not Cambodians," Hun Sen was quoted by the Phnom Penh Post as saying. "The ministry of the interior should look into this."

A longtime advocate of increased democracy and non-violent opposition in Cambodia, Kem Sokha founded the CCHR in 2002 during a brief hiatus from his career as a politician.

Kem Sokha was arrested in September on charges of espionage, with the government claiming he was conspiring with the US to unseat Hun Sen. Denying the charges against him, Kem Sokha has argued that Hun Sen is simply getting him out of the way before next year's election.

Hun Sen, who has been prime minister for nearly 20 years, has been accused of a widespread crackdown on opposition voices, including in the media. The move prompted the US to revoke its funding for the election, allowing the gap to be filled by China.

Cambodian leader wants US Peace Corps out amid row with Washington

Cambodia has told the US to withdraw Peace Corps volunteers, and will stop cooperating with a project to find the remains of American soldiers. Washington and Phnom Penh are engaged in a tit-for-tat diplomatic spat. (15.09.2017)