The amount of trash dumped by residents of Phnom Penh troubled one man so much that he decided to put it to good use, and turn it into a school. 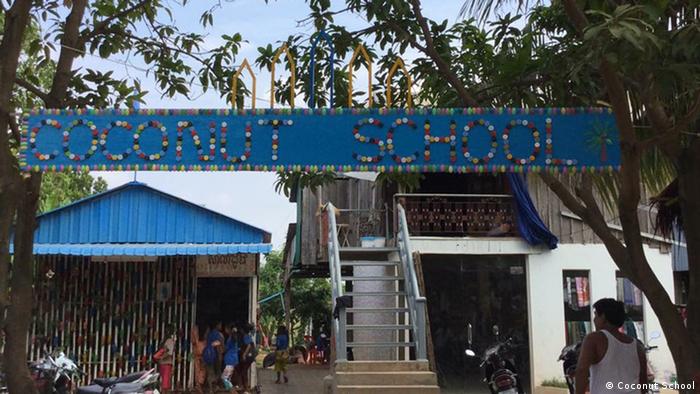 Adorned with colorful, used plastic spoons and bottle caps is the gate of a school made almost entirely from trash. As in actual, real trash. Known as Coconut School, it is located in Roneah Village on Koh Dach (Silk Island), Cambodia, and is the brainchild of socially and environmentally-minded Ouk Vanday.

In 2013, Vandy quit his job as a hotel manager to start building the school. In its first incarnation, it used coconut trees as tables, chairs and other study materials - hence the name.

"My initial purpose of creating the school was to give vulnerable children in the village the opportunity to learn English and computer skills because they had never had the chance to do so," he said.

But Vanday was already greatly concerned by the volume of waste people in Phnom Penh produce and throw away every day, so he started to collect it up and build it into his school. He hasn't looked back since.

"I use waste to build the school because there’s plenty of it everywhere, it's easy to find and inexpensive”, he told DW. "But more importantly, I want to educate my students about trash and how recycling it can help the environment." 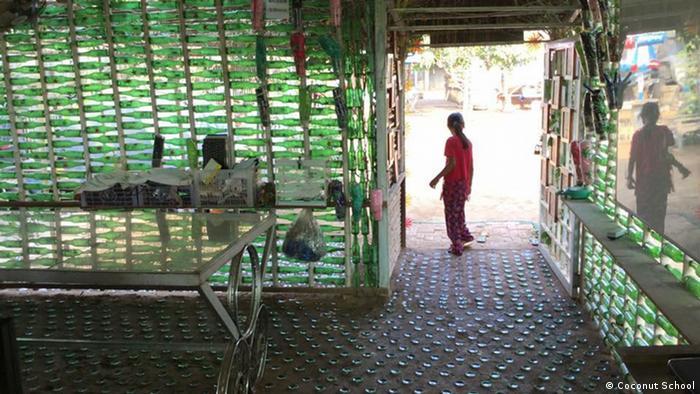 Unusual flooring that means there is no need for tiles

Coconut School, which accommodates more than 200 children and five volunteer teachers, consists of two main buildings. One is the English classroom and another is the library which is also the computer room. The school pillars and roof, which have to support weight and keep the classrooms dry when it rains, are not made from trash, but pretty much everything else is.

The wall of the English classroom is made from a bunch of brightly painted cars tires bound up together in many neat rows. It's a clever construction which means the room is protected and at the same time, ensures enough sunlight to keep the students motivated.

And the library and computer class, which is called "Rubbish House" is made from many green beer bottles. And the floor is as creative as it gets. Instead of using tiles, they screwed beer bottles and caps upside down to make it look like flowers.

Eighty percent of the trash used to build the school comes from the students themselve, because unlike other kids, they pay their monthly school fees with trash.

"Other people see trash as useless, but for my students, it’s their school fee and what their school is made of," Vanday said. “When they can see the benefits, they will learn from this young age not to throw their trash on the streets."

The students and the teachers then use this highly unusual fee to continue adding to the school and making decorations such as the Cambodian flag, map, artificial flowers and flower pots and even curtains. 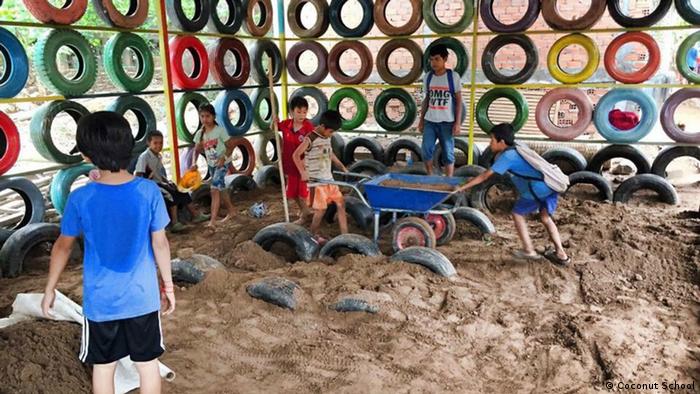 All hands on deck at Coconut School

And as you might expect from such an environmentally-driven establishment, Coconut school offers its kids a recycling course. So beside English and computer skills, they learn how to recycle and create new, useful things from trash. And that, according to Vanday, gives them the ability to think and make the best use of their rubbish.

His school has been so successful that he has already begun building another one on Kirirum Mountain in Kampong Speu Province. This one will also have its own computer room and accommodation where the children can stay - all of which will also be made from waste.

The amount of trash dumped by residents of Phnom Penh troubled one man so much that he decided to put it to good use, and turn it into a school. (26.07.2017)