Brand new luxury condominiums are springing up across the capital Phnom Penh, but the average Cambodian cannot afford to live in them. This has increased dependency on foreign investors. Ate Hoekstra reports. 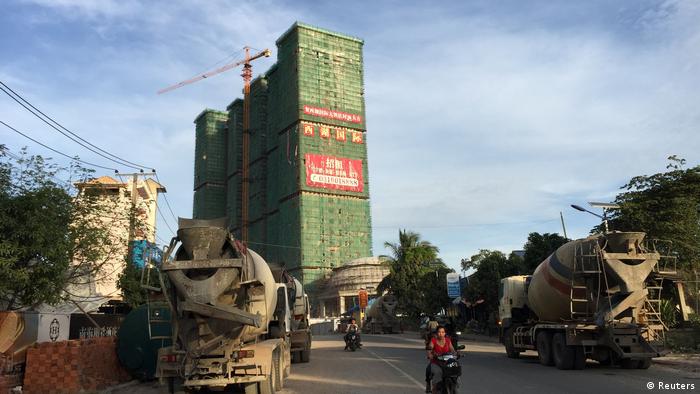 A Chinese hotel and entertainment complex under construction in the Preah Sihanoukville province, Cambodia, November 2017

Ngeth Both guards one of the many newly built high-rise condominiums in Koh Pich, a luxury district in the Cambodian capital Phnom Penh. Both's job is quiet most days. There is almost no traffic in the street, and there is hardly anyone living inside the condo.

"It's always quiet. Each day only two or three people exit the building," the security guard said.

Phnom Penh's skyline has changed dramatically in the past decade. All over the city, old buildings are rapidly being replaced by new ones.

One of Koh Pich's condos is on the market for $1,500 (€1,322) per square meter. The total price of the eight-story building is around $1.8 million. Dubbed The Elysee, the street was inspired by French architecture to try and draw in new residents. The neighborhood has even erected a replica of the Arc de Triomphe, in the hopes residents feel they have been transported to Paris.

But many of the glistening new condos are sitting empty. Most of them are so expensive that the average Cambodian family could never afford them.

Sreynik Seng, who runs a small coffee shop in the area, told DW that most of the property there is owned by Chinese citizens. "Some of them try to rent out rooms. Others only seem to have it purely for the sake of owning it. I don't think it matters to them when their building is empty," Seng said.

Kim Heang, the CEO of Khmer Real Estate, told DW that once construction is completed, many of the Phnom Penh condos are purchased by people from China, Taiwan and Singapore. Many of them don't live in Cambodia permanently.

"Between 2013 and 2017, most buyers were foreigners. But they don't come to stay here," Heang said, adding that it leaves many condos seemingly deserted. 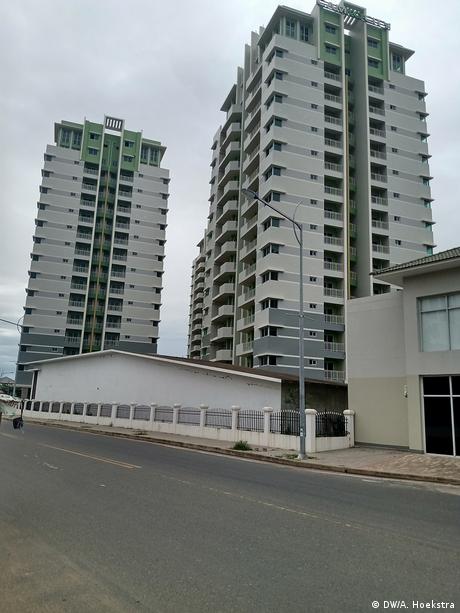 Phnom Penh's skyline has changed dramatically in the past decade. All over the city, old buildings are rapidly being replaced by new ones

However, supply has grown much faster than demand. In 2016, there were less than 5,000 luxury flats in Phnom Penh. By late 2019, there were over 18,000, according to the CBRE Group, an American commercial real estate investment firm.

In a 2019 report, CBRE warned of the risk of saturation in the condominium market. "Whilst supply is accelerating rapidly, the affordability of these segments has not adjusted to fit the local context and hence caused increased dependency on international investors," the report said.

Financial crime watchdogs have also raised concerns about how exactly the million-dollar condos are being financed.

Fearing that money was being laundered on a large scale, the anti-money laundering organization Financial Action Task Force (FATF) urged the Cambodian government to implement risk-based supervision for real estate and casinos. The European Union also listed Cambodia as a high-risk country for money laundering and financing terrorism.

To address international concern, Cambodia's National Assembly approved a new law in which money laundering can be punishable for up to five years in prison. Prime Minister Hun Sen said that the new law was a response to FATF's call for action, local newspaper Khmer Times reported. 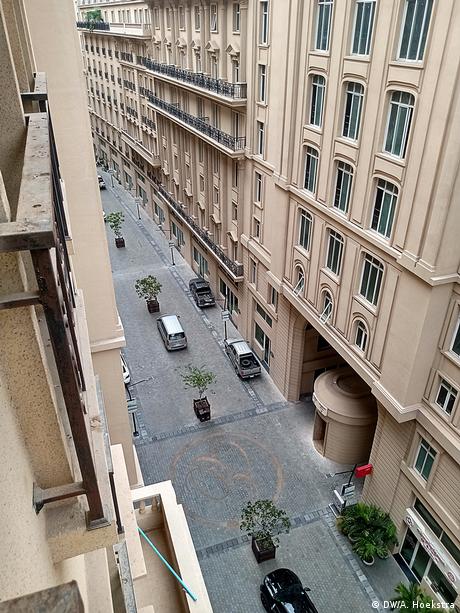 New blocks of flats are popping up in the Cambodian capital

But it's not only money laundering that has sparked concerns. Non-governmental organizations and labor unions also worry about the quality control of some of Cambodia's newest buildings. Last year, an unauthorized seven-story building under construction collapsed in the coastal town of Sihanoukville, killing 28 people.

San Chey, the director for Cambodia of the Affiliated Network for Social Accountability, told DW that widespread corruption creates a gateway for illegal and unsafe construction.

"It's not just about money, it's about ignoring the legality of a project. There's a failure of monitoring and a failure to take legal actions. It can lead to people getting killed."

Pouring another cup of coffee at The Elysee, Seng, however, still feels optimistic about the future. "There's more and more offices opening here. Perhaps next year there will be more residents here as well," the café owner said.

The Siem Reap province, popular for tourists, became the first Cambodian province to ban the sale of dog meat. More than one hundred restaurants sold dog meat, with millions of dogs killed in the process every year. (08.07.2020)