Cambodia celebrates 40th anniversary of Khmer Rouge ouster | Asia| An in-depth look at news from across the continent | DW | 07.01.2019

It's been 40 years since the end of Khmer Rouge's reign of terror in Cambodia. Many accuse Prime Minister Hun Sen of using this dark chapter in the nation's history as justification to prolong his own authoritarian rule. 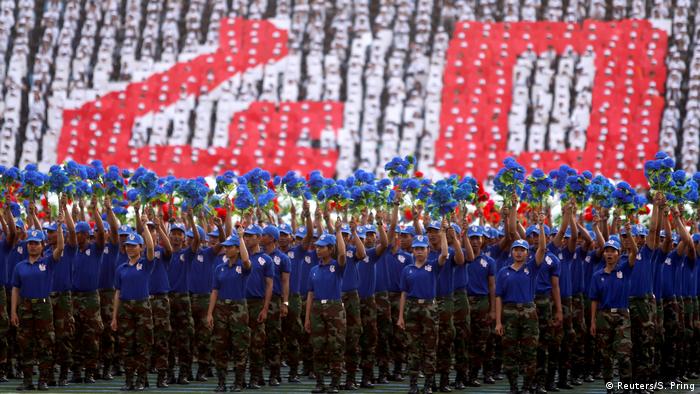 "Today we celebrate this ceremony in order to recall unforgotten memories of the most heinous crimes of Pol Pot's group," Hun Sen told the crowd, and thanked Vietnam for saving the country.

On January 7, 1979, Khmer Rouge's 4-year-long reign of terror came to an end when Hun Sen, a former Khmer Rouge cadre, led Vietnamese forces into the capital to expel the murderous regime.

The regime, led by Pol Pot, was an ultra-communist autocracy that sought to transform Cambodia into an agrarian utopia. Their plan failed entirely and resulted in the deaths of at least 1.7 million people, who died of starvation and sickness or were murdered.

Phay Siphan, a Cambodian government spokesperson, says the country can never forget the Khmer Rouge rein of terror. "Everyone remembers it. It is important that the ruling party commemorates it every year," Siphan told DW.

In November last year, a United Nations-backed war crimes tribunal in Phnom Penh found two former Khmer Rouge leaders guilty of genocide, ruling that the men were responsible for targeting Cambodian minority groups during the regime's reign of terror between 1975 and 1979. The ruling marked the first and only genocide conviction against the Khmer Rouge. 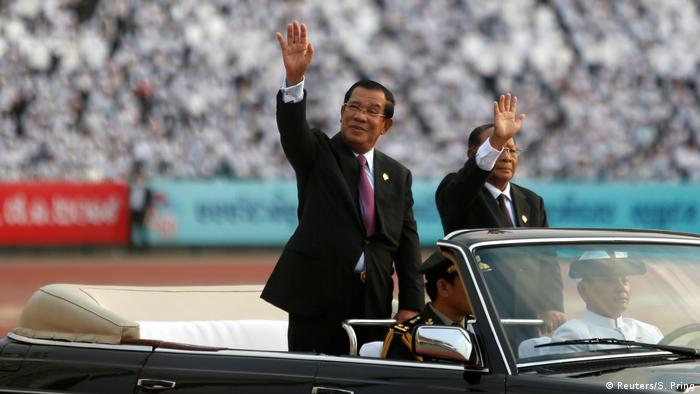 Keo Rathana, 24, is one of the many Cambodians who understand the significance of January 7. "This day reminds us how much we have achieved in all these years. Now we can tell the world that we are a peaceful nation," Rathana told DW.

But not all Cambodians share Rathana's views. Many young people, especially those born after 1979, don't feel intensely about the Khmer Rouge atrocities.

On the other hand, the banned Cambodian National Rescue Party believes that January 7, 1979, was the beginning of Cambodia's occupation by Vietnam.

Many, including Sam Rainsy, the Cambodian National Rescue Party's leader, are of the view that the Khmer Rouge regime was defeated by Vietnamese troops that had the backing of Hun Sen, a former Khmer Rouge official who had fled to Vietnam in 1977.

In 1985, Hun Sen came to power with help from Vietnam. He has been in power since then, winning last year's controversial elections by a landslide.

Phay Siphan says Cambodia's liberation would not have been possible without Prime Minister Hun Sen's contributions.

Hun Sen often refers to January 7 in his speeches, emphasizing that without his Cambodian People's Party, the country could once again fall into the realm of terror and violence. Although it is a popular message for Khmer Rouge survivors, political observers say Prime Minister Hun Sen uses Khmer Rouge atrocities to legitimize his "authoritarian" rule.

"January 7 is actually a reminder of the fact that it has been 40 years since Cambodia's liberation and the same party, the same person has been in power since then," Sophal Ear, a Cambodia expert and an associate professor of diplomacy and world affairs at the Los Angeles-based Occidental College, told DW.

"How long will this continue? Cambodia's ruling party believes the country is forever indebted to it," he added.

The expert is of the view that the Cambodian People's Party can claim some credit for liberating the country from the Khmer Rouge regime, but it itself has since become an authoritarian regime. "Hun Sen can't win a free and fair election," he said.

The ruling party's supporters do not agree with this opinion. "In the first 20 years after 1979, we were still recovering from the war, but Cambodia has seen immense progress in the last 10 years," said Keo Rathana, a ruling party supporter.

Khieu Samphan, a former Khmer Rouge leader, denied accusations that his former government was involved in the mass genocide in Cambodia. He and another senior cadre, Noun Chea, already received life sentences. (23.06.2017)