Calm before the storm in Donetsk

The uniformed pro-Russian separatists have disappeared from the streets of Donetsk, Ukraine, but no one knows exactly where they've gone. People are still frightened and those who can have left the city. 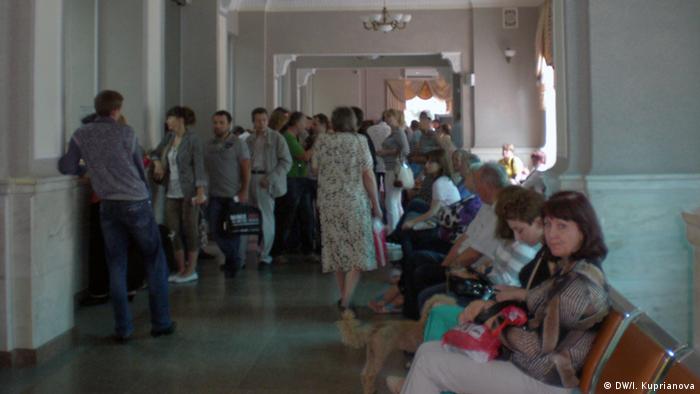 At the start of the week they were everywhere: armed men in military camouflage wearing the emblem of the "Donetsk People's Republic" that had been proclaimed by pro-Russian separatists. They had come to Donetsk from the city of Slovyansk after it was liberated by Ukrainian government troops.

Eye witnesses reported that the fighters rested a few days in the dormitories of the city's colleges, went shopping, and then suddenly disappeared, along with the Donetsk University vehicles. Most of them were reportedly moved to the surrounding areas, closer to the Ukrainian-Russian border. But no one knows exactly where. It could also be that the separatists have hidden themselves away somewhere in the city. The situation remains tense. Donetsk airport is still under fire, and shots have been exchanged in various parts of the city.

Living in a ghost town

Donetsk is becoming more and more like a ghost town. Expensive stores have been boarded up in the center. Cosmetic salons, notaries, insurance companies, and traders have shut down, half of all the offices seem to be abandoned. The situation is even becoming increasingly critical for the larger companies in the town - employees are being sent on enforced vacations, according to people working at the city's employment bureaus. 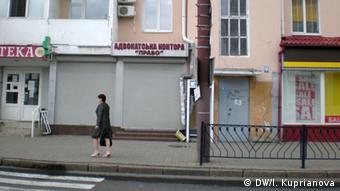 Many stores have been shuttered in Donetsk

Even those who have actually got a job could lose it at any moment - people like Sergey. He works in the construction industry, and his company had big plans for Donetsk. But now most of his projects are on ice - most construction sites only have a fifth of the workforce they had a month ago.

On his way to the office, Sergey has to pass several separatist checkpoints, and his car is searched at each one. It angers him. He's angry with the politicians in Kyiv who allowed this chaos, and with the separatists, who are barely distinguishable from the people formerly in power. "All that both of them do is plunder and destroy," he says.

Public transport is still running though. Irina takes the bus to work, though that brings dangers with it - at any moment she could find herself in the middle of a shoot-out, as happened recently on her lunch break, when she was caught between two fronts near a police station.

Finance sector on the brink of collapse

Alexei has no more work because of the separatists, so he sits at home. He used to drive a security van, but the separatists requisitioned all the bank's vehicles. But that's the least of the finance sector's problems - because of the general insecurity, many bank branches are shut and their ATMs empty. Rumors circulate that Kyiv has cut the city off from bank transfers, which is why salaries and pensions haven't been paid. "How am I supposed to survive," a woman called Viktoria asks in despair. "The prices are rising every day and I've got a sick father - I have to care for him round the clock." 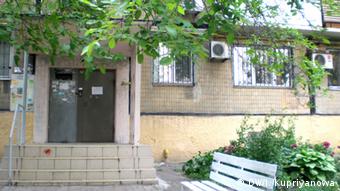 Palpable apprehension has descended on the city

Anyone who can flees the city - particularly families with children. Ruslan has already sent his wife and their two small children to relatives in Russia - at the last moment before fighting broke out in Donetsk, he says. He himself is staying for now, because he runs a cafe. But it's empty, and threatening to drive him into financial ruin.

The government in Kyiv has promised that Donetsk would not be bombarded or come under heavy fire. But people don't believe it and have been rushing to buy rail and bus tickets - to Kyiv, to Simferopol on the Crimean peninsula, or to Lviv in the west. These were always favorite destinations, but now they're more in demand than ever.

The wave of refugees out of Donetsk has been swelled by statements from politicians in Kyiv. On Sunday (06.07.2014), Michael Koval, deputy secretary of the National Security and Defense Council (NSDC), warned of a "total blockade" of the city. No one knows exactly what that would mean, but the word "blockade" reminded many people in Donetsk of the siege of Leningrad by the German army in the Second World War - and led to a similar reaction. Many wanted to flee, others began to hoard food, especially corn, cereals, sugar, salt, and canned food.

But Svetlana doesn't think there is any need to panic. She doesn't believe the city will be blockaded and hopes that the situation will deescalate soon. A friend of hers was recently in nearby Kostiantynivka, recently liberated by government forces. "Everything is peaceful and nice there, no checkpoints, no soldiers on the streets," says Svetlana. "Soon, that's what it will be like here, too."

Belligerents in eastern Ukraine are resorting to abduction and torture to intimidate their political opponents, according to Amnesty International. The rights group says pro-Russian rebels commit the bulk of the crimes.

After Ukrainian forces liberated a few cities, pro-Russian separatists have now entrenched themselves in Donetsk. The civilian population there is tired of warfare, and ready for a peaceful solution. (09.07.2014)

Russian-Ukrainian designer Inna Thomas resorts to fashion to try to end the hostility between the two countries. Her new collection presented during Berlin's Fashion Week is intended as a contribution to peace. (09.07.2014)