Calls to halt controversial NGO law mount in Cambodia | Asia| An in-depth look at news from across the continent | DW | 02.07.2015

Critics urge government to withdraw legislation with sweeping powers to criminalize free assembly, but the law looks likely to pass. 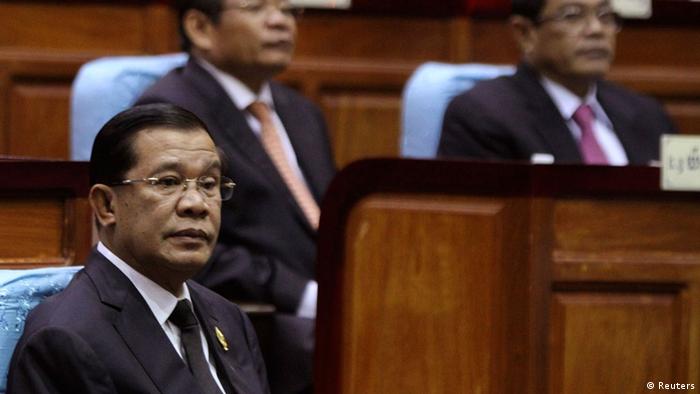 Protesters gathered in Phnom Penh Tuesday - the second time in as many weeks - to call for parliament to withdraw controversial draft legislation aimed at regulating civil society.

Clutching banners reading "Say No to Union, Association, and NGO Laws," hundreds marched through the capital despite a heavy and at times tense security force presence.

"The government should not create this law because we are a democratic country and this law intends to shut down our rights," said Meng Lamey, a 19-year-old university student attending the protest.

"If the draft law passes, the NGO and community and associations will be restricted and will face being shut down, therefore the youth in these institutions cannot exercise their rights or use their knowledge to improve the country," she added. 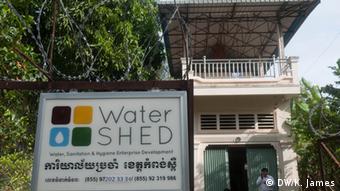 Passed by the Council of Ministers last month, the draft Law on Associations and Non-Governmental Organizations (LANGO) is slated to be debated by the ruling party-majority National Assembly in the coming weeks.

The government has brushed off mounting criticism over the years, saying the law is a much-needed regulator of the nation's thousands of non-governmental organization. Rights monitors, however, maintain that the legislation in its present state represents little more than a tool for harassment and intimidation of civil society.

While the draft law was long withheld from the public, the version eventually leaked following the Council of Ministers vote gives the government sweeping powers to annul NGO status.

Any group "conducting activities adversely affecting public security, stability and order or generating a threat to national security, national unity, or the culture, traditions and customs of Cambodian national society," will see their group dissolved by the Ministry of Interior.

Unregistered organizations, meanwhile, are barred from conducting "any activities," a seeming prohibition on free expression. Groups are also required to "adhere to a stance of neutrality vis-à-vis political parties," vague wording that has many concerned the law is wide open to abuse.

Forced overtime, discrimination and anti-union practices - a new report accuses Cambodia of failing to protect workers in the garment industry, and calls on apparel brands to disclose suppliers. DW examines the issue. (12.03.2015)

As Hun Sen marks his 30th anniversary in power, a new report by HRW slams the Cambodian leader's human rights record, accusing him of holding on to power through fear and violence. DW speaks to HRW's Phil Robertson. (13.01.2015)

Despite rapid economic growth, more Cambodians than at any time since 2004 feel their country is moving in the wrong direction, a new poll found. Corruption, deforestation, and economic issues top the list of concerns. (12.12.2014)

"The draft LANGO appears designed to restrict the legitimate activities of civil society and human rights defenders in violation of the right to freedom of association, a right protected by international human rights instruments to which Cambodia is a party, as well as by the country's Constitution," a group of 32 local and international NGOs, including Amnesty International and Human Rights Watch, wrote in an open letter calling for the National Assembly president to withdraw the law.

The law has been in the works since 2010 but was put on the backburner ahead of the hotly contested 2013 election. In April, Prime Minister Hun Sen abruptly announced imminent passage of the legislation.

"It will pass through the Council of Ministers no later than May before it is sent to the National Assembly, and the draft law will be passed without any obstacles," he was quoted as saying during a speech.

Chak Sopheap, executive director of the Cambodian Center for Human Rights, said the law had been effectively sped through the system without adequate consultation - a trend that would likely continue up until its passage.

"It is regrettable that, despite efforts to seek constructive dialogue and the widespread call to stop and consult, the government has nevertheless pushed for a swift adoption of this law, so clearly indicating that its real intention is to restrict and control independent and critical voices in Cambodia instead of genuinely regulating the sector. It is to be hoped that the National Assembly will engage in meaningful consultations with all relevant stakeholders in a truly democratic process, but unfortunately there are worrying indications that the adoption process will be pushed forward regardless," she told DW. 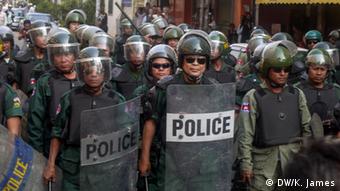 "The government should not create this law because we are a democratic country and this law intends to shut down our rights," says a protester

Outside pressure has thus far been to little avail. Senior EU and American officials have publicly and in meetings with Cambodian officials called for the law to be shelved, while concerns have been raised by the current and previous UN envoy.

In a speech delivered at the US Embassy in Phnom Penh last month, State Department Deputy Assistant Secretary Scott Busby said he was "concerned that the law will impose restrictions or burdens on NGOs that will make it difficult or even impossible to do their crucial work."

UN Special Rapporteur Maina Kiai told DW that he believed the law would have dangerous and far-reaching ramifications if passed in its current state.

"The law is a genuine threat to the existence of independent civil society in Cambodia. It gives the government carte blanche for the government to shut down and criminalize any groups they don't like," he wrote in an email, speculating that the ruling party perhaps felt "threatened" after their poor showing in the 2013 elections.

"If the law passes, every single association will become a criminal organization if they do not register. Think about that: The simple fact of joining with your fellow citizens to pursue a cause as a group makes you all criminals, unless you get the government's permission. This is a violation of international law," he wrote.