Survey shows Cambodians increasingly concerned about country′s direction | Asia | An in-depth look at news from across the continent | DW | 12.12.2014

Despite rapid economic growth, more Cambodians than at any time since 2004 feel their country is moving in the wrong direction, a new poll found. Corruption, deforestation, and economic issues top the list of concerns. 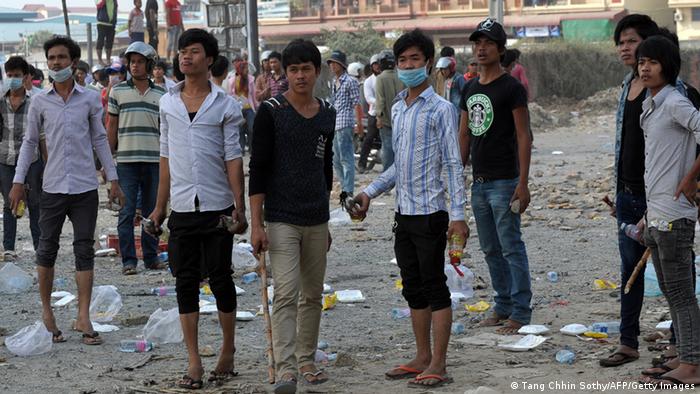 The nationwide survey, published by The Asia Foundation on Wednesday, December 10, shows that while 32 percent of respondents feel Cambodia is heading in a positive direction, a majority (59 percent) believes things in the Southeast Asian nation are going the wrong way.

Conducted between May 19 and June 9, and titled Democracy in Cambodia - 2014: A Survey of the Cambodian Electorate, the public opinion poll cites corruption (19 percent), deforestation, and economic issues (26 percent) as the main reasons for the increase in pessimism. The tangible results of infrastructure (27 percent) and economic growth (21 percent) are cited by those who believe the country is going in the right direction.

The representative survey is the organization's third on democracy in Cambodia, a follow-up to polls conducted in 2000 and 2003 and is based on 1,000 face-to-face interviews with Cambodian citizens aged 18 and older in 23 provinces (excluding Kep) and the capital Phnom Penh. 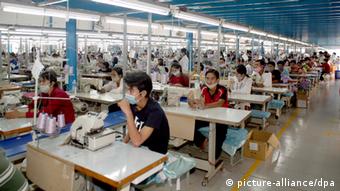 Everett: 'Rapid economic growth over the past decade has led to rising expectations among the population'

Sen, who has dominated Cambodian politics for almost three decades, is credited with transforming the country into one of the region's fastest-growing economies. But he is also regularly criticized by campaigners for ignoring human rights and stamping out dissent.

Silas Everett, Country Representative for The Asia Foundation in Cambodia, says in a DW interview that Cambodians are demanding better performance in government service delivery. He adds that while the survey shows broad public backing for electoral reform, there is considerably less support for holding new elections immediately.

DW: How do Cambodians view the current political situation in their country?

According to The Asia Foundation's poll results, a majority of respondents wants reform before elections and think the 2013 elections were not free and fair. The current dialogue between the parties on electoral reform is going to resonate well with voters, but actual reform is likely to be needed to see any major improvement in public opinion. We have to keep in mind that the unrest that followed last year's national elections was fueled by wide scale claims of voter fraud.

Almost 40 years after the deaths of nearly one in four people during Pol Pot's rule of Cambodia in the 1970's, the Southeast Asian country's long road to reconciliation remains seriously underfunded. (02.10.2014)

Cambodia's opposition party has struck a deal with PM Hun Sen, after almost a year of boycotting Parliament over alleged electoral fraud. But critics say that the vague agreement 'will come back to haunt the opposition.' (22.07.2014)

What are Cambodians' main concerns?

The main concerns have to do with insecurity and vulnerabilities around economic livelihood issues. Cambodia has had a rapid rate of economic growth over the last decade which has led to rising expectations among the population. And the slowness of government institutions, particularly in terms of service delivery, has left a number of Cambodians desiring for more.

What sort of reforms are Cambodians calling for?

Importantly, the survey shows that respondents are highly aware of the National Election Committee, dissatisfied with the performance of the committee, and desire a "balanced" committee rather than one appointed by the government. All this suggests that the political parties' agreement on the draft law on a new National Election Committee will be looked on positively by voters.

However, once formed, the committee will need to produce concrete results, chiefly improving voter registration. Many who went to the polls did not find their names on the voter lists, something people are unlikely to forget between now and the next national elections in 2018.

What are the main economic issues facing Cambodians?

Cambodia is mainly an agrarian society. But there has been a shift over the past decade where people have increasingly started to move into other non-farm economic sectors such as the garment industry.

Furthermore, more and more people are migrating from rural areas to urban areas. This shift has led to calls for an increase of wages, improvement of education and health, which have direct impact on people's livelihood. 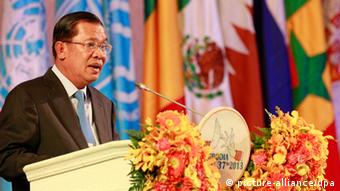 What did you find about Cambodians' view of government and democracy?

However, when asked whether in times of crisis it is okay to have an unelected, strong leader, the overwhelming majority of Cambodians said they preferred a democratically elected leader.

Silas Everett is the Country Representative for The Asia Foundation in Cambodia.