The European Space Agency is recruiting new astronauts and looking to diversify their celestial crew. Do you have what it takes? 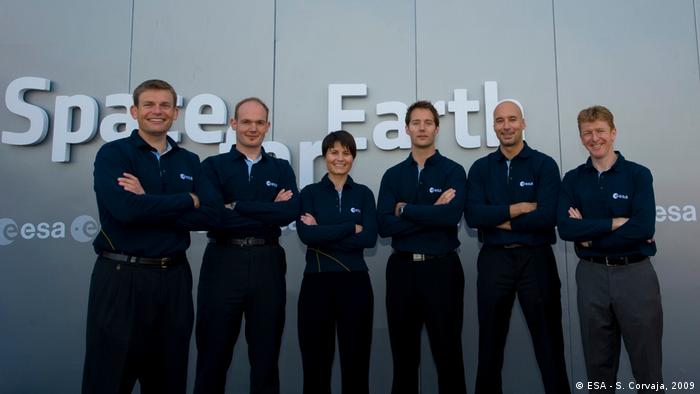 Did you dream of venturing to space as a kid? Well, your chance may have just arrived. Beginning today, March 31, the European Space Agency (ESA) will be accepting applications for new astronauts for the first time in over a decade.

"It's time to look for new astronauts, and I'm sure that we will find the best ones," said ESA Director General Jan Wörner at a press conference announcing the recruitment drive.

For hopefuls from ESA member states who apply, a six-stage, 18-month selection process awaits, which should wrap up by October 2022.

ESA is looking for four to six career astronauts to join their team. They're also recruiting 20 reserve astronauts.

"This is something that's completely new for us," said David Parker, Director of Human and Robotic Exploration at ESA.

The reserve astronauts will operate similarly to reserve members of the military — only being called when a specific mission or project requires it.

"Such a mission is kind of a limited duration, a one-off, so if somebody enters the astronaut reserve, the selected individuals remain with their current employer," explained Parker. "However, they may be subsequently hired by ESA as astronauts on a temporary contract linked to this specific mission."

Who do they have in mind?

A major focus for ESA is diversifying its astronaut workforce.

"Diversity is not a burden for us. Diversity is an asset for us," said Wörner. "We would really, in particular, encourage women to apply because it's very interesting and supportive, if we have mixed teams with different people from different backgrounds, with different genders."

The last application round had a strong emphasis on recruiting pilots, which will not be the case this time around, explained Lucy van der Tas, Head of Talent Acquisition at ESA. ESA hopes that this will open the door to more women.

Since its founding in 1975, ESA has only had two female astronauts – Claudie Haignere and Samantha Cristoforetti.  Of the 560 people who've ever gone to space, only 65 have been women and 51 of them were American, according to the Associated Press.

In addition to encouraging more women to apply, the other big piece of news was that ESA will be selecting an astronaut with physical disabilities as a reserve astronaut or parastronaut. 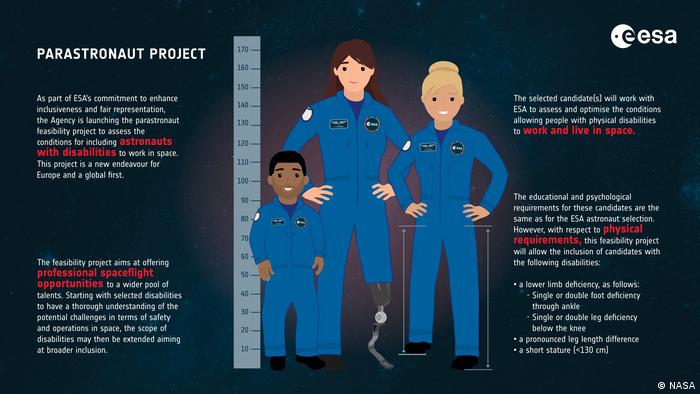 Candidates with lower limb deficiencies, leg length differences or who are are of short stature (<130 cm) will be considered for ESA's parastronaut program

Perhaps some of those selected will also come from member states that have yet to see a citizen in space: Estonia, Finland, Greece, Ireland, Luxembourg, Norway and Portugal.

While ESA is looking for diverse applicants, there are specific requirements they must meet.

To be considered, applicants need a master's degree in medicine, natural sciences, engineering, mathematics or computer sciences. A master's level degree as an experimental test pilot or test engineer will also be accepted. It's not essential to have a Ph.D or second master's degree, but it also doesn't hurt. Applicants need to have at least three years of postgraduate professional experience, speak English fluently and have good knowledge of a second language. A medical certificate from an aviation medical practitioner is also on the application checklist.

Aside from a person's CV, being an astronaut requires the ability to stay calm under pressure and being highly motivated.

"This is a process that really evaluates the person as a whole," said Italian astronaut Samantha Cristoforetti, emphasizing that it's about personality too. She encourages people to apply so long as they meet the minimum requirements.

As for the selection process?

"It's a long process. It's certainly quite stressful. And we have to be honest: We expect, and we hope that thousands of people will apply and we are only going to select a handful. So the chances of success are slim," Cristoforetti said. "But I think it's a great opportunity, regardless of whether at the end you will be selected or not. It's an amazing journey. I think it will be an opportunity to learn a lot about yourself, your strengths, weaknesses, how you perform in a process like this." 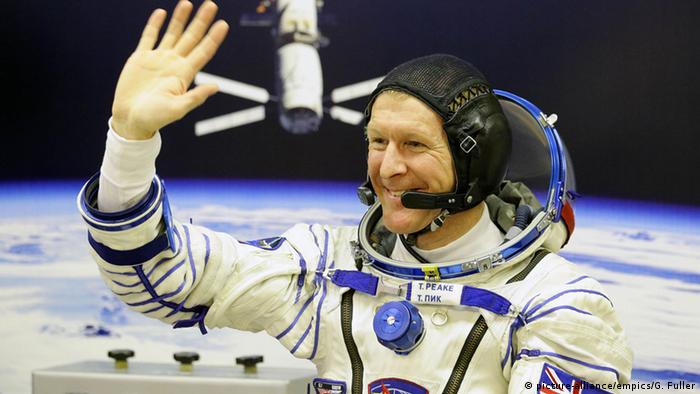 It's not just about technical skills, astronauts need the right personality too

The last time ESA hired new astronauts in 2008-09, they saw more than 8,000 people apply. British astronaut Timothy Peake said that around 11% of people made it to the first round of that process (remember, there are six rounds).

"Astronaut selection is highly competitive and it's geared towards a very specific candidate profile," said van der Tas. "I would also like to say that there are other exciting opportunities to work at ESA."

Other duties as assigned

So let's say you make it through those grueling six rounds and are selected to be an ESA astronaut — what awaits you on the other side?

The list of job duties includes: participation in microgravity simulatations, flight operations, intensive training, physical exertion, working with an intercultural and interdisciplinary team (so solid communication skills are definitely in order), as well as frequent travel, irregular hours and being away from home. 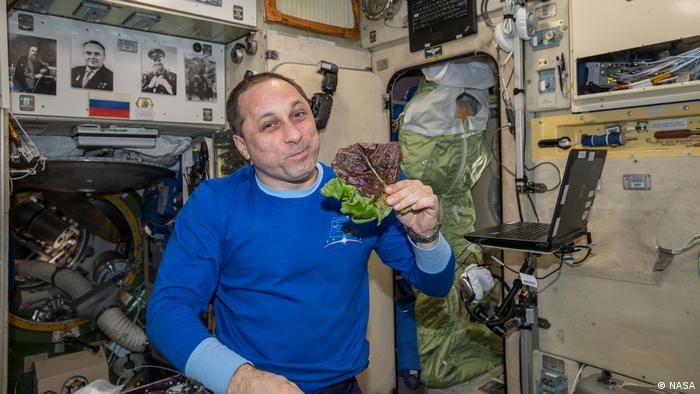 "Astronauts need to be willing and motivated to participate as test subjects in life science and other scientific experiments," said Jennifer Ngo-Anh, ESA's Team Leader of Human and Robotic Exploration. In addition to being a human guinea pig, successful candidates need to be charismatic and inspiring ambassadors. "They should be passionate about sharing their knowledge about ESA and space exploration and engage wide audiences, especially the younger generation."

The astronauts selected in this application process will likely not blast into orbit until 2025 or later, needing extensive training first.

Once the new class of career and reserve astronauts are ready, their first missions will be to the International Space Station, followed by potential opportunities to go to the moon and then hopefully the lunar gateway, flying further away from Earth than anyone ever has.

"It is a long journey, but it is an incredibly exciting one, it's a life changing one," said Peake of becoming an astronaut. "I am really excited for anybody who is applying to this new selection process."

If this sounds like the gig for you, the application period will be open March 31 through May 28.

This article has been updated

He started his career as a printer and socialist boy scout. Then he became a fighter pilot, cosmonaut and political icon. Through his life, Sigmund Jähn remained dedicated to space exploration and science.