Californians go to the drawing board to save water | Science | In-depth reporting on science and technology | DW | 28.05.2015

Farmers use 80 percent of all water in California. During a drought, they have to save more than others. But also urban dwellers have to share the burden. They are asked to cut use by a quarter. 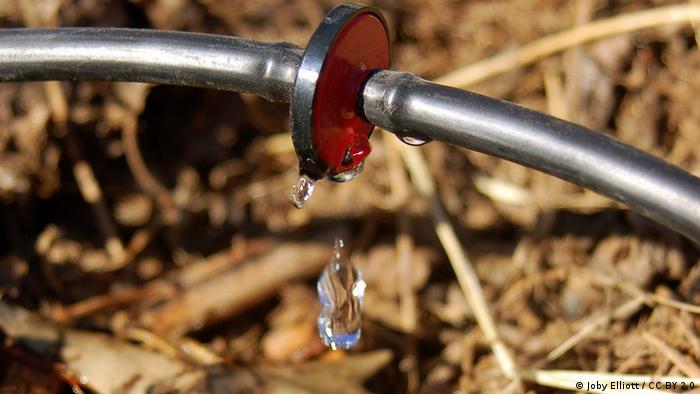 Drip-Irrigation - wisely applied - can save a lot of water

Many farmers in California began years ago to change their production so that they would need less water. Wine growers use spectrometers to asses the humidity of leaves and growth of plants. This enables them to bring water just to those vineyards that really need it.

Other farmers use sensors to determine underground humitidy and the flow of water through pipes. Computer-controlled irrigation systems help optimize water use and limit runoff. Computer models and current weather data help compute the need for water on the fields. Simply by being able to plan the use of water more precisely, farmers are able to reduce waste almost completely and to achieve savings of about one quarter.

In orchards, innovative technologies that includie conservative spray irrigation or drip irrigation close to the soil can save farmers up to one third of the water. And this has a positive side effect: Less run off is also better for protecting nutrient-rich soil. 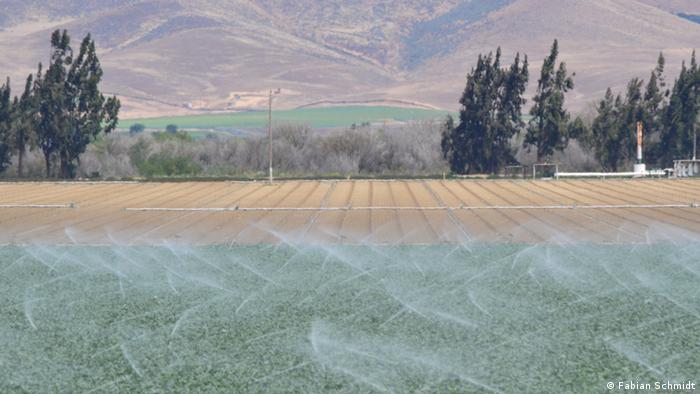 Many farmers also try to increase their independence by finding other water sources. The demand of farmers for treatment plants that can recycle dark water has picked up in recent months, according to those who produce and sell such equipment.

Australia's meteorological authority has reported the onset of El Nino in the tropical Pacific. This is the first appearance of the potentially disastrous weather phenomenon in five years. DW takes a closer look. (12.05.2015)

Genetically modified organisms (GMO), like maize, tomato and wheat, are highly disputed with regard to food safety. However, recent research shows that genetic exchange among species occurs naturally: in sweet potatoes. (22.04.2015)

The Consultative Group on International Agricultural Research (CGIAR) has discovered 30 types of heat-resistent beans. But how? An interview with Steve Beebe, senior bean researcher at CGIAR. (31.03.2015)

Ever wondered how cacti manage to stay fresh and juicy even in the middle of a hot, dry desert? Here's the answer. (20.03.2015)

Farmers in the Trifinio region – the border area shared by Guatemala, Honduras and El Salvador – are all too familiar with drought, crop loss and the very real threat to food security. (03.02.2015)

More simple solutions will not generate water in drinking quality, but use more simplified desalination techniques. Brackish groundwater or waste water from the farm can then be recycled for use in irrigation.

More complex systems from the Boston-based company Cambrian are even able to turn wastewater into drinking water. The Lagunitas brewery in Petaluma was able to reduce its freshwater consumption by 50 percent, after installing such a system.

Statistical data shows that efforts to save water in cities are working. The average Californian used 424 liters or 106 gallons of water per day during the period from June 2014 to February 2015. This is considerably less than the estimate of 576 liters or 144 gallons by the non-governmental Pacific Institut as daily per capita use still in the first decade of this century. The inhabitants of the Bay Area are even better, using an average of 304 liters or 76 gallons per day.

This change was not only due to water saving shower heads, water taps and newer washing machines, but largely to a more conscientious use of water in the garden.

Native drought-resistant plants like succulents, cactuses, palms and geraniums don't need much water. They are often just fine with the little dew they get every night, with the rare rain shower or precipitation from the fog and the low-lying clouds that push over the mountains from the Pacific Ocean. 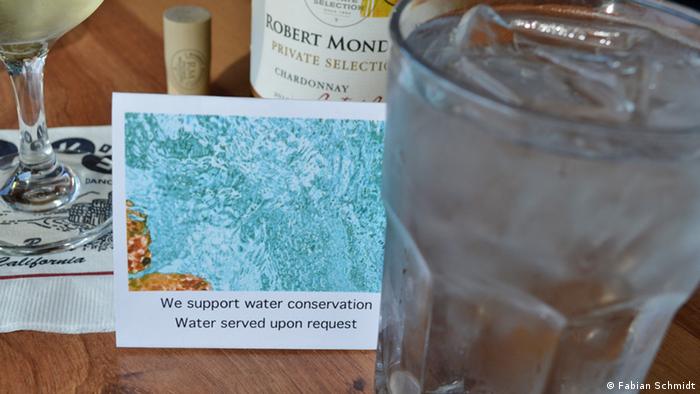 One glass of drinking water not served can save a gallon of fresh water.

Watering only twice a week

That's why many inhabitants don't find it hard to live with the bundle of measures that cities like San Jose have introduced. The main city of Silicon Valley wants to cut water use by 30 percent.

It has banned the washing of cars at private homes. If your car is dirty - take it to a car wash that recycles its water! If you own a swimming pool, you are not allowed to tap it off more than one foot. If you have built a new one, you have to wait until the drought is over before you can fill it.

No more new lawns are supposed to be planted between May and October - because the plants need more water during the growth period. But there is an exception: If you install a water saving drip irrigation system, or you use a watering can, you may plant the lawn.

Automatic garden sprinklers may only be used once a week and only after sunset, because otherwise the water evaporates too fast. Your address determines when you can use your sprinkler. Even numbers are allowed on Tuesdays and Fridays, uneven numbers only Mondays and Thursdays. There are exceptions for golf courses. 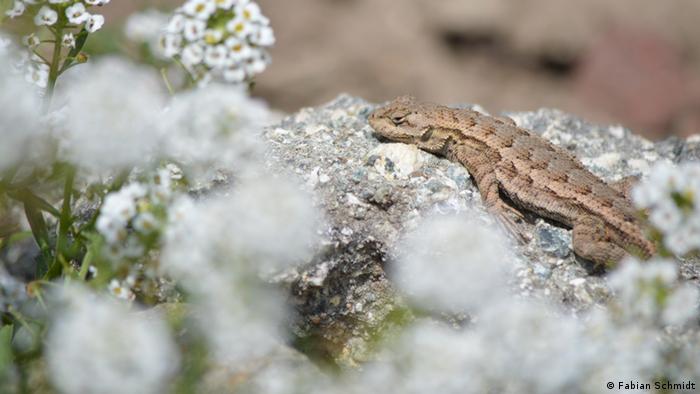 Even lawns can be frugal

Some companies specializing in lawn growing are switching to plastic lawns - responding to the new rules. House owners have started digging up their dried out lawns to replace them with drought-resistant plants.

But also lovers of a proper lawn do not have to give up all hope. A lawn grower in Gilroy shows that saving water and having a beautiful lawn does not need to be a contradiction. He installed a conservative drip irrigation about one foot deep in the soil. A mesh absorbs the water and keeps it in place. The installation is about twice as expensive as a regular lawn, but it only uses only about 30 percent of the water.

Even more frugal than that - but probably not as beautiful - are native grass varieties. Those may not be mowed as frequently and are certainly not suitable for a golf course, but they still provide a nice green - and definitely look better than a weed-patch.