A wildfire that was sparked in the hills north of Los Angeles has now reached the city's suburbs. Firefighters are scrambling to contain the out-of-control blaze as dozens of homes have been destroyed. 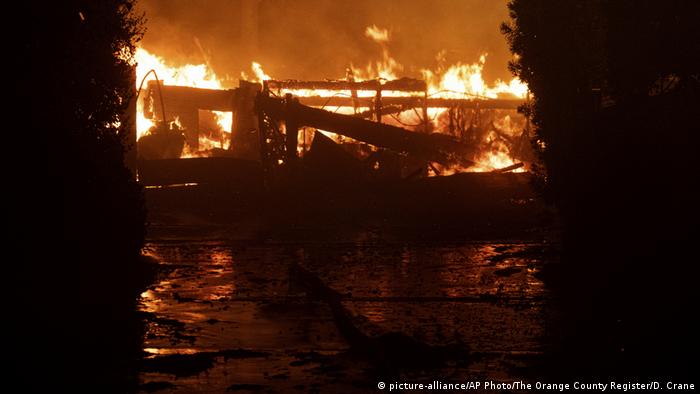 Authorities in Los Angeles ordered 100,000 people to evacuate their homes Friday morning as an out-of-control wildfire spreads towards heavily populated areas of the city.

The so-called Saddleridge brush fire, which was sparked Thursday evening in the hills to the north of San Fernando Valley on the northern edge of Los Angeles, is being fanned by heavy "Santa Ana" winds.

As of Friday afternoon, firefighters said the wildfire had grown to 11 square miles (28 square kilometers), adding that the fire is partially contained at 13%.

Authorities reported at least 25 homes were destroyed, and damage assessments are ongoing.

Los Angeles Fire Chief Ralph Terrazas told a news conference Friday that dry conditions and heavy wind have combined to create a "very dynamic fire" and he strongly urged residents to evacuate if ordered to do so.

"We've calculated that the fire is moving at a rate of 800 acres per hour," Terrazas said, adding that it might take days to get the fire fully under control.

According to the US National Weather Service, the high winds are expected to weaken by Friday evening. 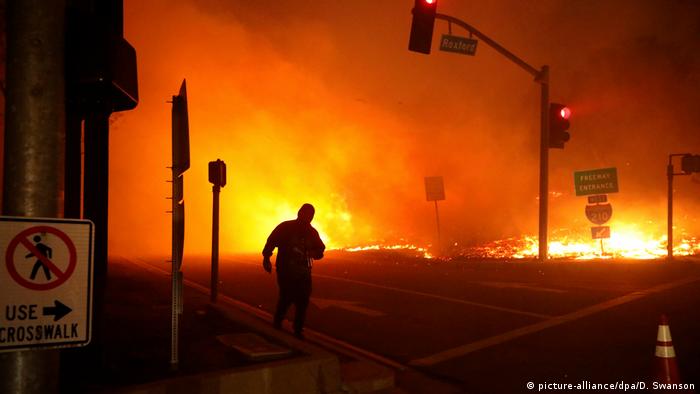 At least three deaths have been reported on Friday related to various fires burning around California.

A man died when he suffered a heart attack while trying to fight the Saddleridge fire in Los Angeles.

Several schools, colleges and highways in the area have been shut and water-dropping helicopters have been working through the night.

More than 1,000 firefighters were deployed to fight the blaze near Sylmar, a neighborhood in the suburbs north of Los Angeles. 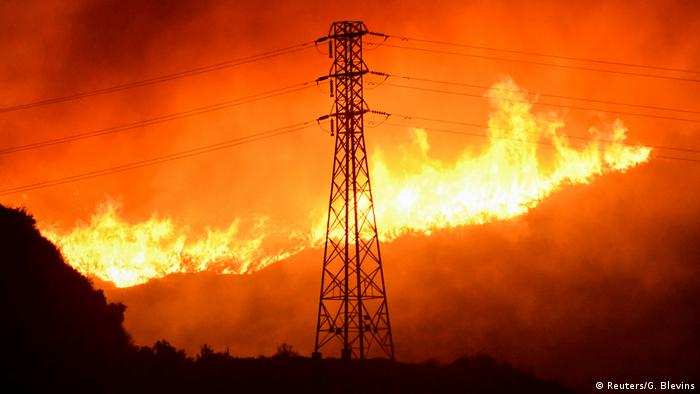 Wildfire burns up a hillside near Sylmar near Los Angeles

Authorities have also been fighting the so-called Sandalwood fire around 120 kilometers (70 miles) east of Los Angeles in Riverside County.

The fire scorched an area of around 500 acres and has destroyed 74 structures near the city of Calimesa.

A second death was confirmed in Calimesa, near a mobile home park close to where the fire began.

This Sandalwood fire began after a garbage truck dumped burning trash near dry grass and vegetation. 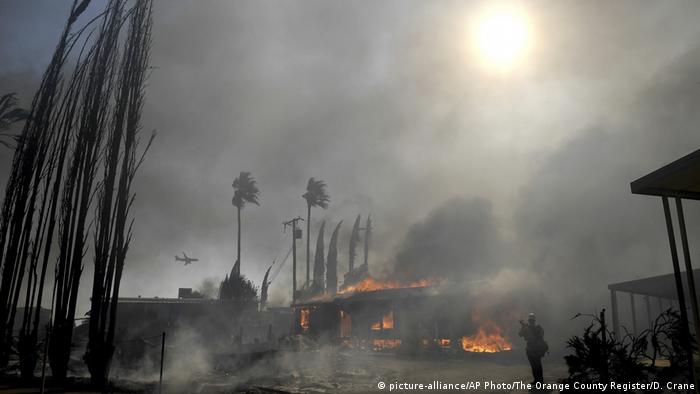 A fire in Calimesa, California burns a mobile home park

In northern California, power company Pacific Gas and Electric Co. returned power to millions of residents on Friday after turning off the electricity as a preventative measure. The company faced heavy criticism for shutting off power.

"We have found multiple cases of damage or hazards" caused by heavy winds, including fallen branches that came in contact with overhead lines, said Sumeet Singh, a vice president for the utility company. "If they were energized, they could've ignited."

Critics, however, said the company had failed to modernize its equipment and services to deal with such situations.

A fire official confirmed a third death, of a man who died after losing his oxygen supply after power was cut off.

This year, 275 wildfires have broken out across California. The most destructive year on record was 2018, when 8,500 wildfires scorched through the state, killing around 100 people.

So-called independent contractors may have to be reclassified as employees under a new law. Lawmakers in other states are looking to California as a possible example to emulate. (18.09.2019)

When residents of a low-income housing project in South Los Angeles turn on their faucets, the water runs black, brown and yellow. Now they're fighting for the right to clean drinking water. (04.07.2017)

A fire broke out on a boat just off an island of the California coast, killing 25. The coast guard said it had rescued five crew members who were sleeping on the top deck and managed to escape. (03.09.2019)