Buying Uzbek help for Afghanistan withdrawal | Germany| News and in-depth reporting from Berlin and beyond | DW | 28.11.2012

The German cabinet has signed off on plans for the military - including massive amounts of equipment - to leave Afghanistan by 2014. But Germany will be paying a stiff toll to move it all through oppressive Uzbekistan. 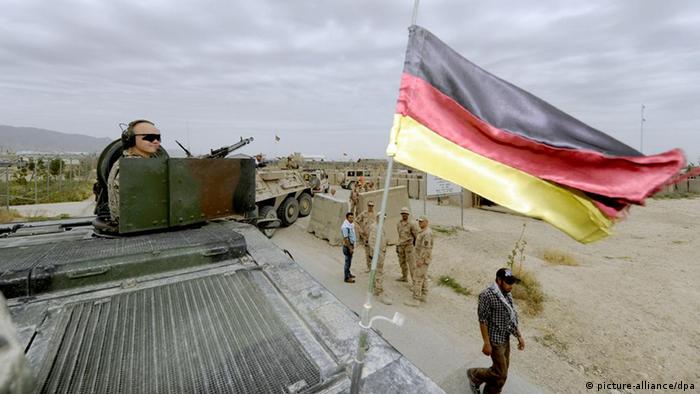 The German government plans to withdraw its troops from Afghanistan by the end of 2014. That's a real challenge - how is all the German military equipment that has collected in the country over the last 10 years to be brought back to Germany? An estimated 1,700 vehicles and 6,000 shipping containers are due to return to Germany within the next two years.

Bringing them back via Iran is out of the question, and the route through Pakistan is overloaded and insecure. That only leaves the northern route.

The German army, the Bundeswehr, wants to send its equipment by land from Mazar-i-Sharif via Uzbekistan, Kazakhstan and Russia to the Baltic Sea. But it only plans to use that route for harmless equipment like spoons, table lamps, and medical supplies.

"We're not planning to send weapons, munitions and military vehicles by land," said the army's supply command. But the weapons and the ammunition have still got to get back somehow, which means they'll have to go by air. 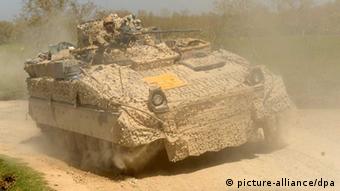 The Bundeswehr will mainly use the airbase at Mazar-i-Sharif in northern Afghanistan, but there's also a German military airbase in Termez in Uzbekistan that has been in operation since 2002. According to Aristide Fenster, the German ambassador there, Termez "will have an important role in the context of the gradual reduction of the German deployment with regard to logistics and transport."

Statements like these make human rights activists and opposition polticians sit up and take notice: Uzbekistan has repeatedly been linked to torture, child labor and repression of the media and the opposition. The Uzbek government was criticized for its bloody suppression of protests in Andijan in 2005, where, it's estimated, hundreds of people died.

Paul Schäfer, defense spokesman for the Left party in the German parliament, regards the idea of co-operating with Uzbekistan as morally questionable. "We're dealing here with an autocratic and repressive regime," he told Deutsche Welle.

The Green member of parliament Viola von Cramon is even more strident: "To co-operate with such a country is a sign of cowardice," she said. But as far as the defense ministry is concerned, apparently the only important factor is that the services and the logistics are right.

The government's information policy has given the critics more ammunition: both the Foreign and Defense Ministries refuse to release the details of the agreement with Uzbekistan. The treaty is classified to protect "the foreign policy interests of the Federal Republic of Germany." But some details about the German-Uzbek co-operation have become known in parliament. 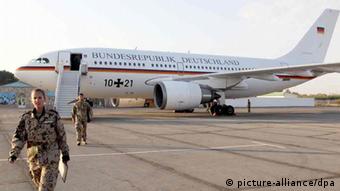 It's safer to bring equipment home via Termez, but is it right?

German development aid payments to Uzbekistan are not a secret though. Between 2005 and 2011, more than 90 million euros were spent on education and health projects. That puts Uzbekistan near the bottom of the list of recipients of German aid in the area: Afghanistan received 1.43 billion euros, Pakistan 382 million, Tajikistan 122 million and Kyrgyzstan 121 million.

In light of the current plans for troop reductions in Afghanistan and the considerable transit traffic that will arise over the next two years, it is quite possible that the agreement between Uzbekistan and the German army could well be renegotiated. But the wall of silence remains. Neither the German defense ministry nor the Uzbek embassy in Berlin were prepared to answer Deutsche Welle's questions.

In Focus: NATO in Afghanistan

As NATO's mission in Afghanistan draws to a close, the future of this troubled country is unclear. Free elections have been held, but armed struggle continues. (19.11.2012)

Rasmussen: 'We will not abandon Afghanistan'

NATO will end its combat mission by the end of 2014 as planned, NATO Secretary General Anders Fogh Rasmussen told DW. International forces will, however, continue to offer support. (06.11.2012)

Bundeswehr has persistent problems in Afghanistan