Burundians vote despite coronavirus outbreak | World | Breaking news and perspectives from around the globe | DW | 20.05.2020 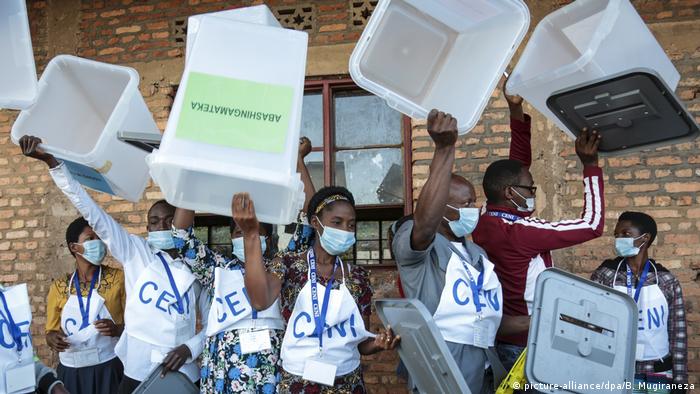 Voters in Burundi have cast their ballots in general elections, which went ahead on Wednesday despite threats posed by ethnic tensions, political violence and the coronavirus pandemic.

The elections for president, parliamentarians and local councilors took place under an election commission widely seen as under the control of President Pierre Nkurunziza's ruling CNDD-FDD party.

Access to social media was cut and no international or regional election observers were present.

DW journalist  Antéditeste Niragira reported earlier on Wednesday that in the economic capital Bujumbura, people had already started forming long lines in front of polling stations ahead of their expected opening of 6 am (04 GMT). He said that voting was "proceeding well" in Bujumbura, but some polling centers had delayed opening their doors by an hour.

Voting was carried out amid a social media blackout that started early on election day, making it impossible for those without a virtual private network to use popular communication apps.

"The government is cutting social media so that we don't tell the world what is happening,'' voter Jean Pierre Bazikamwe told AP press agency.

Speaking to the press after casting his vote, presidential hopeful Rwasa called for restraint.

“If we are not satisfied with the results of the ballot boxes, we will go to the relevant courts," Rwasa said. "But now is not the time to speak out," he was reported as saying by SOS Medias Burundi, a independent journalists collaboration. "I am happy to have been able to vote for the candidate of my choice today. At the same time, I am worried about what is brewing because of the cutting of social media access," Patrice, a 30-year-old elementary school teacher, told AFP after voting in Ngozi in Burundi's north.

"After 15 years of Nkurunziza in power, the hour for change has come. He has done good and bad things. ... Today, I wish for the victory of the [opposition CNL party] and its candidate [Rwasa] because the country needs new blood," he added.

Gertrude, an activist for the ruling CNDD-FDD party, explained her choice to AFP.

"I have just voted for [Ndayishimiye] so that the legacy of our president Pierre Nkurunziza continues," she said after casting her ballot in the central province of Mwaro.

Violence in lead up to polling day

The election campaign, which ended on Sunday, left several dead and injured in clashes that broke out between members of the CNDD-FDD and the CNL party. 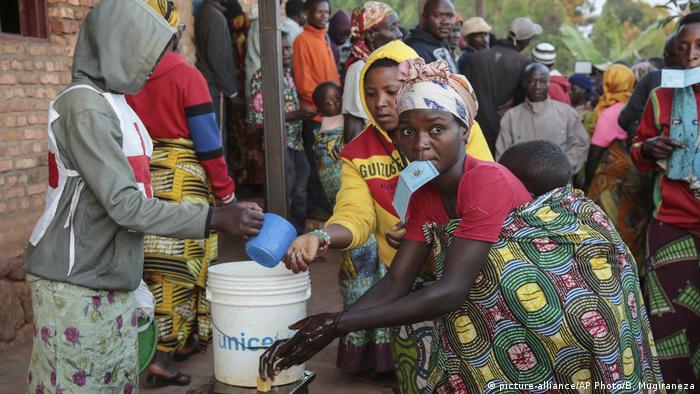 Amid the coronavirus pandemic, a voter washes her hands before casting her ballot

Nkurunziza is a former Hutu rebel chief who sparked deadly violence in 2015 by running for a third mandate after rewriting the constitution. He announced in June 2019 that he would not stand in 2020.

But hopes that this could herald the end of a repressive rule were dashed with the appointment of Ndayishimiye as the candidate for the CNDD-FDD party.

Ndayishimiye's appointment was a compromise between Nkurunziza and a small but powerful cabal of generals who control the levers of government, according to the Burundi Human Rights Initiative.

Ndayishimiye was chosen because he was "faithful and ready to die for his party," said one CNDD-FDD official who wished to remain anonymous.

The president might have preferred someone he could control more directly after stepping down. But his candidate, national assembly leader Pascal Nyabenda, was rejected by the CNDD-FDD.

Still, the choice of Ndayishimiye ensures that no real changes will take place in Burundi if he wins.

Many see Ndayishimiye's victory as inevitable in an country that has used fear and repression against the opposition and the last remaining independent organizations.

"You've seen all of civil society being dismantled or having to flee into exile," said Stephanie Wolters, a researcher with the South African Institute for International Affairs (SAIIA). In 2015, violence forced many to flee Burundi

Eyes of the world shut out

Burundi announced a 14-day quarantine requirement for any any observers entering the country due to the coronavirus pandemic.

Coming from a government which has consistently downplayed the crisis at home, this can only be seen as a ploy to legitimize elections, which will certainly "not be free and fair," Wolters told DW.

Burundi's government also refused any electoral observers from the United Nations (UN) or the African Union (AU), accusing the latter of being too close to the opposition. 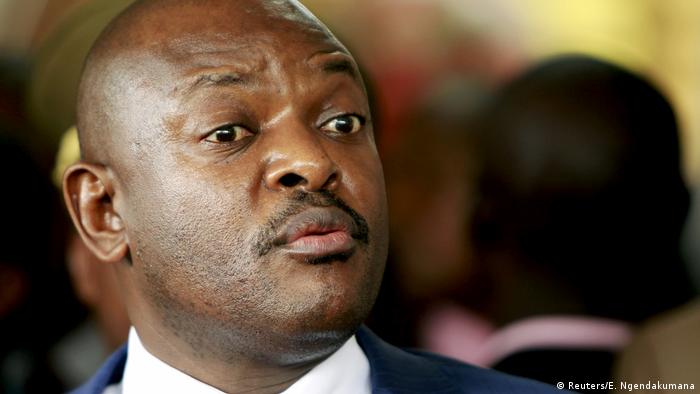 The UN and AU on Sunday issued a joint statement calling on authorities to ensure voters' safety.

It urged "all political actors to refrain from all acts of violence and hate speech, and resort to dialogue, to enable the holding of consensual and peaceful elections."

The tense situation in Burundi has raised fears that exacerbated tensions could lead to more violence during and after the election.

"According to the Burundian government, three people have been killed since the campaign started. It raises concerns about what may happen," one citizen told DW.

Others are not ready to give up hope yet: "My expectations are, first of all, peaceful, transparent and democratic elections. My second expectation is a good and competent leader from those elections," said another.

That seems unlikely, as the country is turning into an international pariah.

Even before it expelled officials form the World Health Organization (WHO) last week, without giving any reason, repression and regressing democracy had led even Germany — a country not known for to swift changes of policy — to put Burundi on a list of counties which are to be excluded from receiving development aid.

The NGO Blue Code is among those who called for elections to be postponed for a number of reasons — including suspicion that Ndayishimiye is complicit in alleged crimes against humanity that left 1,200 dead since 2015 — and are currently being investigated by the UN and the International Criminal Court.

But international pressure seems to have little effect in Burundi.

There is "a kind of Burundian patriotism that rejects any form of interference in the country's affairs," said Onesphore Sematumba from the International Crisis Group.

The policy of confrontation is part of a strategy of deliberate isolation which has helped Nkurunziza to maintain total control over the country's politics, he added.

Burundi is listed by the World Bank as one of the three poorest countries in the world.

No free and fair elections

Would the opposition led by Agathon Rwasa win a free and fair election?

While she does not like to speculate, Stephanie Wolters told DW: "I think there is obviously real desire to see Burundi change for the better."

Months of sustained anti-government demonstrations have shown that there is a significant popular opposition to the regime. 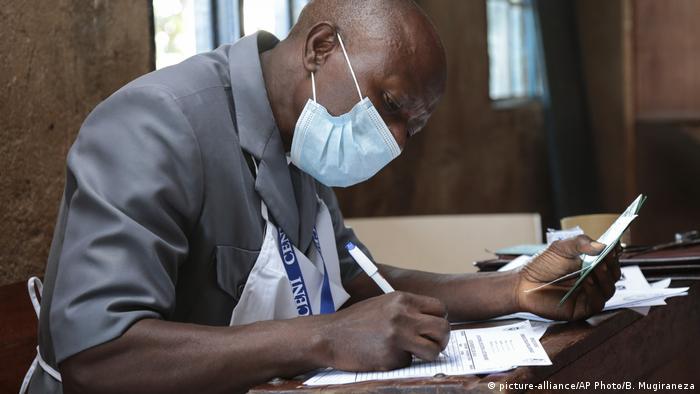 "The impact from the last five years have been catastrophic for Burundians," on all levels, from a surge in measles and malaria cases, to an economic downturn with loss of jobs and income, she said.

Burundi has a long history of ethnic violence between its Hutu and Tutsi communities.

According to Wolters, while the ruling party is ethnically dominated by the Hutu majority, the ethnic question in Burundi is not nearly as important to people as political parties might like to think it is.

"My guess is that people would not like to vote for a party which destroyed their livelihoods and made life miserable for them."

Apollinaire Niyirora in Burundi and Antonio Cascais contributed to this article.

Burundi’s ruling party has chosen its presidential candidate for the country's upcoming election. President Pierre Nkurunziza's has promised to step aside after three terms, raising many questions about his motives. (27.01.2020)

One of Chad's largest rebel groups refused to sign a pledge to disarm and participate in a reconciliation dialogue. However, Foreign Minister Cherif Mahamat Zene told DW that the door remained open.