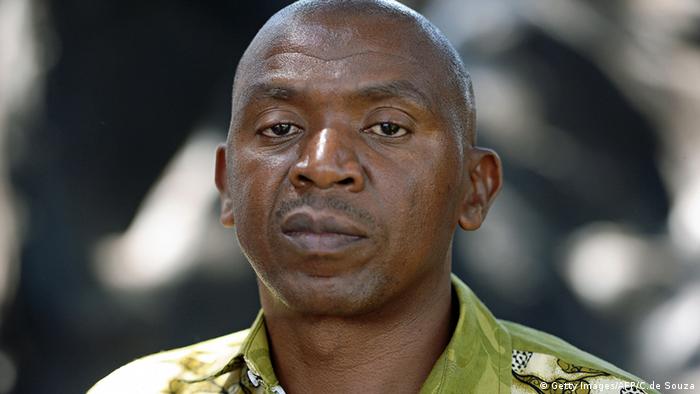 Agathon Rwasa, 56, is the former leader of the Hutu rebels of the National Liberation Forces (FNL). He is the main rival of Evariste Ndayishimiye, also a Hutu ex-rebel leader and secretary general of the ruling party, the CNDD-FDD. Both contenders fought in the 12-year civil war between Hutus and Tutsis which ended in 2005.

As he was nominated as the party's presidential candidate on Sunday, Rwasa denounced what he said were the ruling party's plans to rig the election. In 2010, Rwasa was ousted as head of the FNL. He assumed the leadership of a coalition of independent groups, Amizero y' abarundi (Burundians' Hope), which became the second biggest political force in the country after the disputed elections of 2015.

Persecution of the opposition

He then had to create a new party, the CNL, to comply with the constitution amended in 2018, which banned coalitions of independents. "We are already engaged in a very tough election campaign because we are facing a party, the CNDD-FDD, and a candidate, General Evariste Ndayishimiye, determined to do everything possible to stay in power. But we are determined to go all the way this time," CNL international representative Aimé Magera told journalists on Sunday. Agathon Rwasa was placed second in the controversial elections of 2015

He added that there were "already 490 cadres and activists of our party imprisoned, including 80 in the province where Rwasa was born [Ngozi]. A dozen have been murdered, others have been tortured and more than 80 of our offices have been destroyed."

Nkurunziza not about to relinquish political influence

The persistence of abuses and the targeting of opposition supporters have been confirmed by human rights groups. Most victims are members of Rwasa's CNL, according to a report by the Burundi Human Rights Initiative.

"Today's elections seem more open even if the ruling party in Burundi is trying to lock everything up," a diplomat who asked for anonymity told DW, referring to current President Pierre Nkurunziza's decision not to stand for re-election. 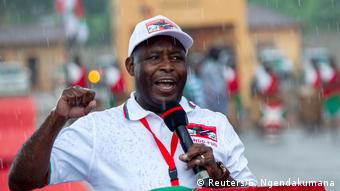 Nkurunziza, in power since 2005, announced in June 2018 that he would not stand for re-election in 2020, although the new constitution amended by referendum allows him to do so. But after serving three terms, he is expected to remain influential behind the scenes.

Fears of more violence to come

The announcement in April 2015 that Nkurunziza was standing for a third term plunged his impoverished country into a cycle of violence and massive human rights violations. Around 1,200 people were killed and more than 400,000 displaced, according to estimates by the International Criminal Court, which opened an investigation.

Political violence persists in Burundi, even though Nkurunziza will not be a candidate in the May elections. The United Nations have warned that human rights abuses might increase again ahead of the polls. The UN also denounced serious human rights violations, including killings, disappearances, torture and gang rape of alleged political opponents, perpetrated by the police, security forces and the ruling party's youth league, the Imbonerakure.

Despite a gender quota in its 2010 constitution, men continue to dominate Kenyan politics. Many women who fight for political participation suffer harassment and even violence, with no apparent consequences for abusers.