The East African country is a former German colony and lived under Belgian rule until gaining independence almost 60 years ago. A report says its leaders plan to ask the two ex-rulers to pay damages — and not just cash. 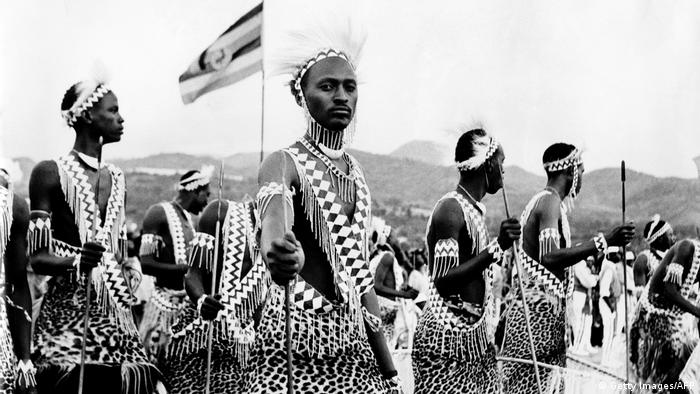 The country's senate has put together a panel of experts to assess the damage done during colonialism and advise on the cost of damages, according to Radio France International.

The broadcaster said that once the amount has been decided, Burundi plans to send these recommendations to the German and Belgium governments.

From 1890, Germany colonized Burundi, which became part of German East Africa. After WWI, the country was ruled by Belgium, until it gained its independence in 1962.

Read more: Burundi: Coronavirus prompts timid steps for a break with the past

During the colonial era, the ruling powers strengthened the divide between the Hutu and Tutsi groups.

This contributed to deadly ethnic conflict between them in the 1970s and then another civil war for 12 years from 1993, which killed some 300,000 people.

The Belgium government carried out a program of kidnapping biracial children from Burundi and then Belgium Congo during the 1940s and 50s.

Belgium officially apologized for this in 2009.

Facing up to past crimes

In addition to German East Africa, which was made up of present-day Rwanda and parts of Tanzania in addition to Burundi, Germany had territories in what is now Ghana and Namibia and elsewhere.

The German government has been in talks since 2015 with Namibia — the country wants both financial reparations and an official apology from Germany for losses sustained and crimes committed during its colonial rule.

Belgium is planning to set up a panel of experts to advise its administration on how to deal with its colonial history.