Burundi: Coronavirus prompts timid steps for a break with the past

Burundi's turnabout in handling the COVID-19 pandemic raised expectations of change in the country. But hopes were dampened by President Evariste Ndayishimiye's appointment of controversial figures to the government. 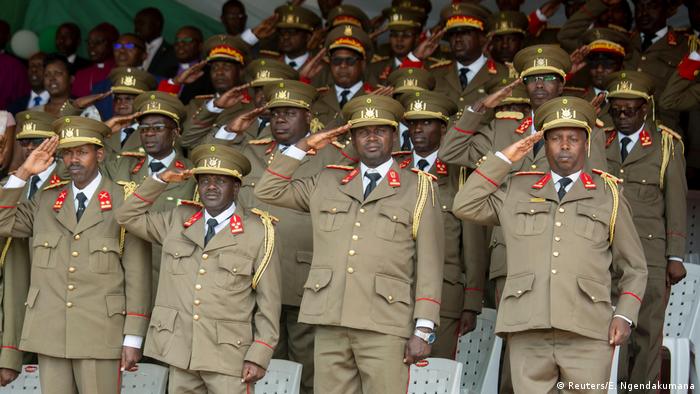 As recently as his electoral campaign, the new president was publicly siding with his late predecessor on the subject of COVID-19. Pierre Nkurunziza failed to treat the pandemic seriously, maintaining that Burundians needed to take no measures, since they were "protected by God." While the official cause of Nkurunziza's sudden demise in June was a heart attack, he is widely believed to have died of the new coronavirus.

President Evariste Ndayishimiye's announcement that COVID-19 was ''the worst enemy of Burundi,'' came as a surprise to many. In its wake, on Monday Burundi launched a campaign of mass screening and promised to fight the spread of the disease. With a population of 11 million, Burundi has reported 191 confirmed cases of COVID-19 including one death, but real numbers are believed to be much higher.

Judging by the influx to newly installed testing sites, Burundians seem to be relieved by this change of heart. Mediator Nahimana and her husband were among the first to be tested. "My husband has been showing symptoms of coronavirus for the past four or five days. I have a sore throat. That's why we both came in for testing. Massive screening is beneficial for both symptomatic and asymptomatic people to find out about their health and how to protect themselves and others," she said. 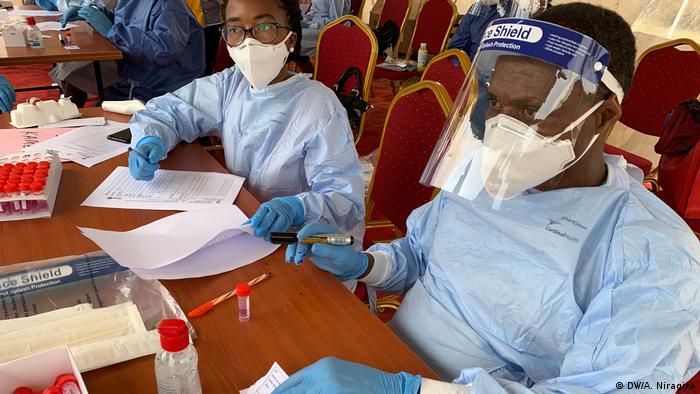 Women to the fore

The screening program indicates that Ndayishimiye is taking the threat of the disease more seriously. But not only that. "I think this could be a first sign that this president could still surprise us and that he will be able to take decisions that will not blindly follow in his predecessor's steps," Onesphore Sematumba, an analyst for the International Crisis Group, told DW.

The new president announced his conspicuous break with Nkurunziza on the subject of COVID-19 during the swearing-in of his new government. He took the opportunity to show some assertiveness and reaffirm his will to fight ineptitude and corruption. "He told his cabinet ministers 'I chose you for your capacities. But there are many Burundians who can do your job and if you are not up to it, I will soon let you go.' At least in the president's discourse you can feel a will to move on towards a new Burundi," said analyst Sematumba.

The public took particular note of the nomination of human rights defender Immelde Sabushimike to the post of minister for Solidarity, Social Affairs, and Human Rights. It is the first time that a personfrom the minority Batwa ethnic group has been appointed to such a high-level office in the whole of the Great Lakes Region. "People I talked to in Burundi also saw the appointment of five women to the 15 member cabinet as a good sign. This is a constitutional obligation. But we know there are other countries in the area, like the Democratic Republic of Congo, with similar constitutional obligation, which they do not meet," Sematumba said.

Burundi's political opposition sees no signs of change at all. Quite the opposite, they say, pointing out that the new government is dominated by hard-liners from the Nkurunziza regime. "Unfortunately this is a missed opportunity," Pancrace Cimpaye, European coordinator of the Movement for Solidarity and Democracy (MSD), told DW.

Pointing to the preponderance of generals holding senior cabinet posts, Aimé Magera, spokesperson for the National Council of Liberty (CNL) said: "This is a military power grab. They want to impose themselves by force. It's going back to the 1980s, when the country was ruled by a military junta."

The appointment of general Gervais Ndirakobuca, head of the feared national intelligence services, to the interior ministry, was not only critcized by Burundi's opposition. Ndirakobuca, whose nickname "Ndakugarika" translates to "I will hang you dead and stiff" in the Kirundi language, was sanctioned in 2015 by the US and the European Union for "silencing those opposed" to Nkurunziza's third term bid. The move sparked protests which left at least 1,200 dead and forced 400,000 to flee the country. US sanctions also apply to the new prime minister and general Alain Guillaume Bunyoni, one of the late Nkurunziza's key allies. 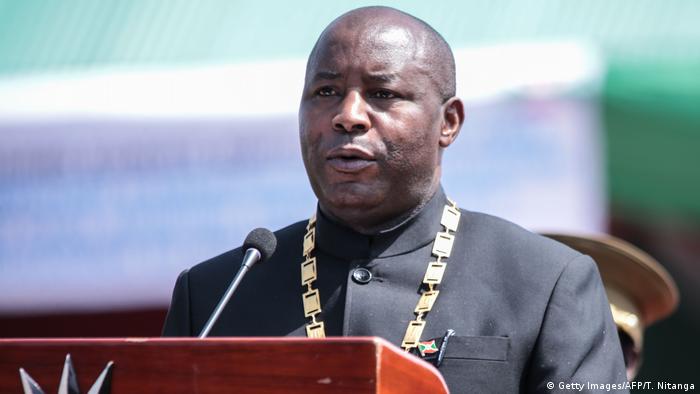 How much authority does the President Ndayishimiye really have?

Analyst Sematumba shares the Burundian opposition's qualms and sees these appointments as "bad signs". "You have to add the newly appointed foreign minister Albert Shingiro to this group. Burundi's former representative to the United Nations was a stalwart of the Nkurunziza regime, who wholeheartedly defended the late president's defiant foreign policy," Sematumba said. It raises the question whether the president, whom the analyst calls the "least dangerous of the generals", can deliver on his promise to normalize relations with the international community. Donors cut off funding when Nkurunziza shut down the UN human rights office and withdrew Burundi's membership in the International Criminal Court, exacerbating an already deep economic crisis.

Burundi's 10th President will serve a seven year term under new laws passed after a controversial referendum in 2018. Asked what may lay in store for the country in the coming years, analyst Sematumba says that "it is early days yet". Change will depend above all on the extent of the authority of Ndayishimiye in the presidential system. But, at the same time, he will have to carefully manage the interests of the old elite. "Let's see if he can make something new out of something old," the analyst concluded.

Georges Ibrahim Tounkara and Antéditeste Niragira contributed to this article.