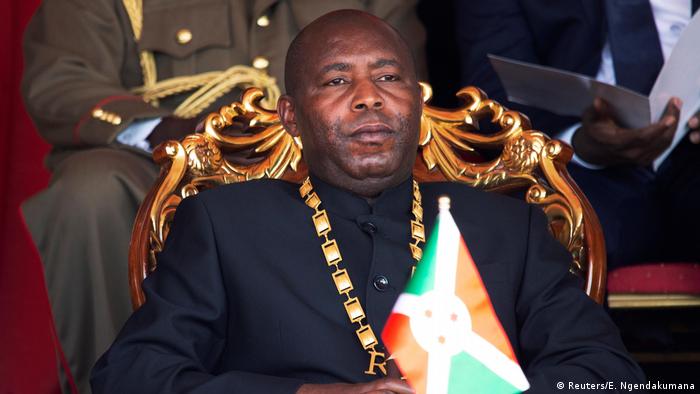 Ndayishimiye took over from former President Pierre Nkurunziza in June 2020

In Bujumbura, Burundi's economic capital, one quickly finds citizens willing to praise President Evariste Ndayishimiye's first year of a seven-year presidential term. He took over from ally and strongman leader Pierre Nkurunziza in mid-2020, after winning almost 70% of the vote in a national election.

"We have produced a lot of maize this year. We won't finish our stocks!" said one maize seller.

Graft is a talking point for another farmer at the market. "One of the main achievements is the eradication of corruption at the level of the district administration. Before, you had to pay bribes for services, but now you get services without problems. We're thankful," she said.

When Nkurunziza died unexpectedly last June after what the government said was a heart attack, Burundi's courts accelerated Ndayishimiye's ascent to power. Some observers had been worried, as senior leadership positions were still filled by Nkurunziza allies facing international sanctions over human rights abuses.

In the past year, Ndayishimiye has designated COVID-19 as Burundi's "worst enemy" and implemented measures to slow the spread of the virus, after Nkurunziza had largely failed to take the pandemic seriously. Ndayishimiye also made clear he would fight corruption and ineptitude in government, and surprised many by including five women in his cabinet. 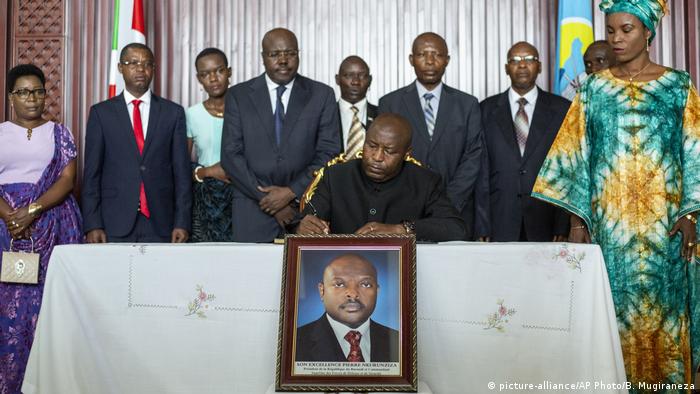 Broadly, the direction of Ndishimiye's polices have been praised. But for civil society leader Faustin Ndikumana of PARCEM (Speech and Actions for the Revival of Consciousness and the Evolution of Mentalities), implementation of the goals — economic recovery and good governance — lacks strategy.

"Even if you say that you have the 10-year National Development Plan, it's not enough. If you have a plan without strategies prepared at the level of ministries, there are still problems. It's the same case for the policy on corruption. There is no strategy on fighting it," Ndikumana told DW.

When Ndayishimiye took power after Nkurunziza's sudden death, Burundi had become isolated. Relations with northern neighbor Rwanda were particularly tense, because Nkurunziza's government had blamed President Paul Kagame's government for instigating an attempted coup to overthrow Nkurunziza in 2015, when Burundi's leader decided to remain in power longer than his mandated two-term limit. 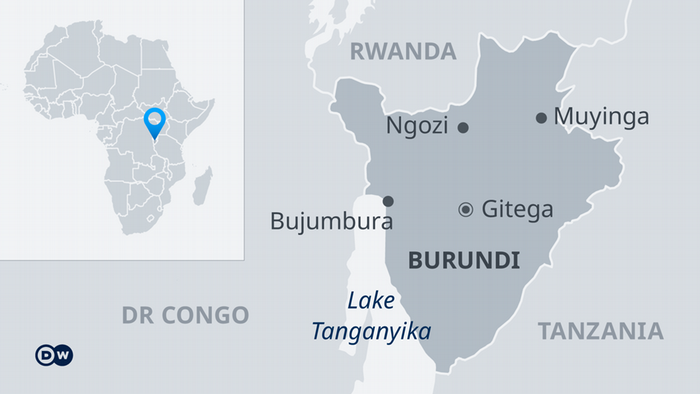 Burundi occupies a strategic region between East and Central Africa

Landlocked between the largely ungovernable eastern Democratic Republic of Congo (DRC) and regional power player Tanzania, Burundi may lack size and clout in the region. But its neighbors need it to be stable, said regional specialist and political analyst Frederick Golooba-Mutebi.

"Almost with every episode of political instability, this usually spreads over into neighboring countries. Burundi generates a lot of refugees that tend to form armed groups to fight whoever is in power in Burundi. So in many ways they do drag their neighbors into their internal issues," he told DW.

For Golooba-Mutebi, Burundi's strategic importance lies in its "ability to export destabilization to its neighbors."

Initially, Ndayishimiye seemed to maintain his predecessor's foreign policy to Rwanda. But the isolation from the East African Community (EAC) and the world began to take its toll, with aid programs drying up and Burundi's economy suffering.

"It seems over time that Ndayishimiye realized that was a losing strategy. Rwanda has always wanted to have good relations with Burundi, because in a way this guarantees Rwanda's own stability in the long term," said Golooba-Mutebi.

Ndayishimiye attended the EAC summit earlier this year, something Nkurunziza had not done since 2015, and made overtures on state visits to Kenya in May. Burundian refugees hosted by Tanzania and Rwanda, many of whom fled after the fallout from the attempted coup in 2015, have steadily returned. Diplomatic meetings between Rwandan and Burundian officials have resumed, with the aim of thawing relations between the two nations. 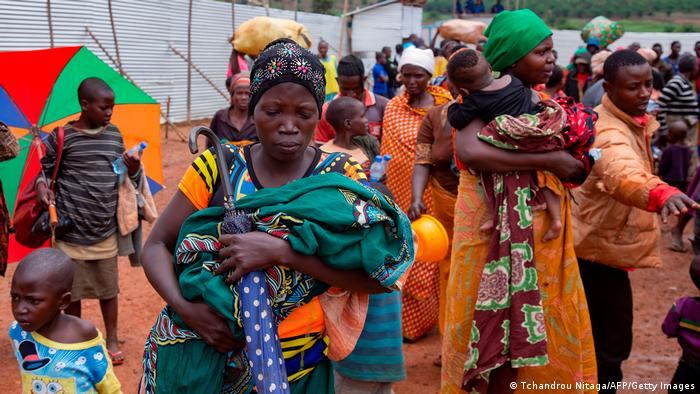 Many Burundians have sought refuge in Tanzania, though efforts are underway to repatriate them

"Rwanda doesn't mind much who is in power in Burundi. What matters is the nature of that relationship. We shouldn't forget that before 2015, Rwanda and Burundi were quite close," said Golooba-Mutebi.

Burundi's relationship with Congo and Tanzania is more complicated. In recent years, Tanzania has been either "a proactive supporter of the government in power, or as a mediator," said Golooba-Mutebi. Meanwhile, in the West, the unstable "DRC is influential in so far as it provides a vacuum from which other forces can destabilize the region as a whole," he added. 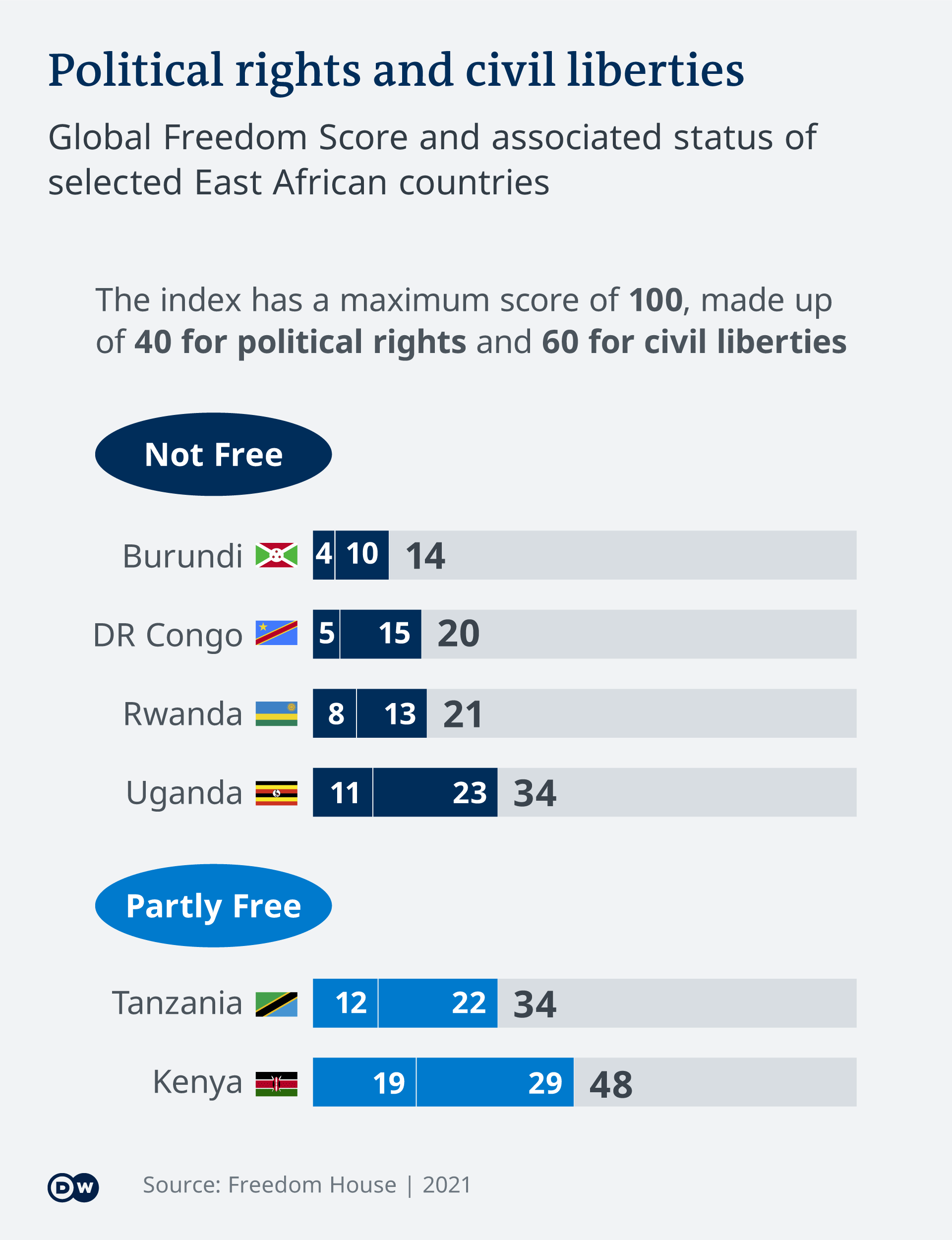 Ndayishimiye's steps to reintegrate Burundi into the international community are seemingly paying off. According to several news reports the EU is on track to lift economic sanctions against the country. Talking to news agency AFP, Burundi's EU ambassador Claude Bochu cited "positive developments in terms of good governance, rule of law and human rights." An end of the sanctions would entail a resumption of EU budgetary aid to Burundi's government, which has been on hold for more than five years.

But human rights remain a problem in Burundi. While the government has lifted some restrictions imposed on the media and civil society, Human Rights Watch has nonetheless described the regime as "repressive." It said enforced disappearances, extrajudicial killings and arbitrary arrests have continued, with alleged abusers only prosecuted in a few cases.

The government also has not done much to distance itself from Nkurunziza's shadow, at least in spirit. On the anniversary of his death, Nkurunziza was honored by the title of Supreme Guide of Patriotism in Burundi. For human rights activist Juliette Nijembere, this is an insult to the Burundian people.

"I am angry to see my Burundian brothers and sisters honoring a tyrant by elevating him to the rank of supreme guide of Burundi. It is a mockery of all of us Burundians and a disrespect for human rights," she told DW.

Marguerite Barankitse, founder of Shalom House, an NGO known for working with orphans and young victims of conflict, has lived in exile since 2015 and believes human rights violations are still a concern.

"The men in power are under sanctions from the International Criminal Court for crimes against humanity. So the situation has not improved at all, the system continues to kidnap people, continues to impoverish the population, continues to traffic people," she told DW.

Wendy Bashi and Apollinaire Niyirora contributed to this article.

Burundi: The chronology of a crisis

A year ago, Burundian President Pierre Nkurunziza returned to power for a controversial third five-year term. Since then violence has escalated and no end to the crisis is in sight.