The failed coup attempt in Burundi has done little to calm fears of a new civil war. UNHCR says more than 100,000 people have now fled the country as a result of political turmoil. 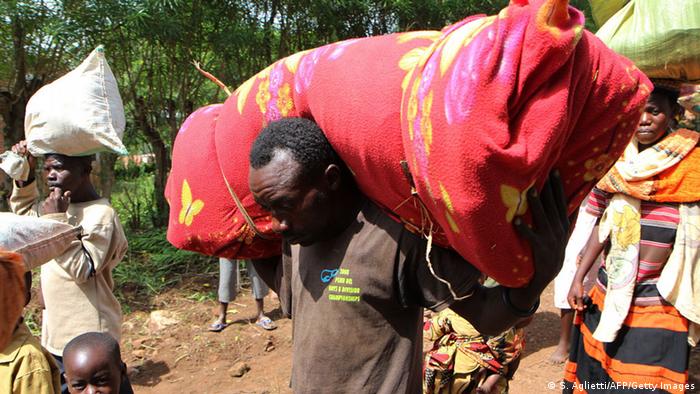 Burundian President Pierre Nkurunziza may have thwarted an attempt to topple him, but analysts say the very fact that there was an attempted coup does not augur well for the tiny East African country.

Ben Shepherd, an expert on Africa's Great Lakes region at Chatham House in London, told DW he sees tough times ahead. "I think there is risk of repression by loyalists and the party-linked youth militia against those areas and communities that were seen to be allies or celebrating the coup," Shepherd said.

According to the Burundian army, 12 rebel soldiers were killed by troops loyal to the President on Thursday (14.05.2015), as the mutineers sought to take over control of state radio.

Fears of a divided military

Many Burundian observers fear a rift between the military could plunge the country into a civil war. The military in Burundi has a long history of deep involvement in politics. It was formerly dominated by the Tutsi, but since the ending of the 2005 civil conflict, it has undergone a remarkable transformation which includes the integration of Hutu rebels that had spent decades fighting the Tutsi-dominated military.

The country's defense forces had vowed to remain neutral in the midst of a political and constitutional dispute. 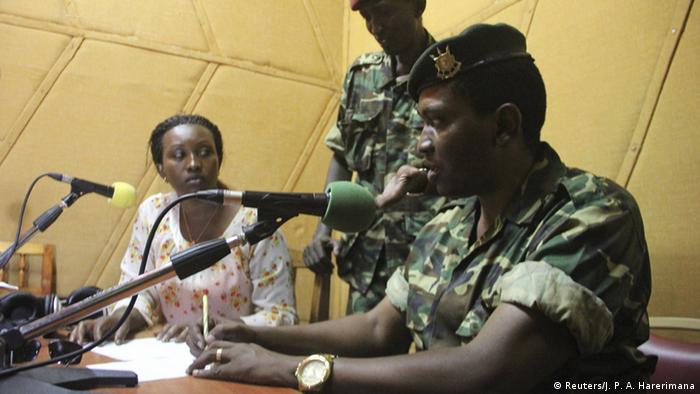 Major General Niyombare, who led the failed coup, has reportedly been arrested

However, Wednesday's coup attempt led by Major General Godefroid Niyombare, might change all that. Niyombare, who was sacked by President Nkurunziza as intelligence chief in February, said his intention of toppling Nkurunziza, was motivated by the president's refusal to drop his bid for a controversial third term.

According to Burundi's presidency, Niyombare was arrested along with several other top army officers on Friday after it emerged that he had failed to overthrow Nkurunziza. "Assuming this coup has failed, I think there is a big problem for Nkurunziza to manage unity in the military," Shepherd said.

The military is considered one of the success stories of post-conflict Burundi. President Nkurunziza's administration has gotten a lot of support, both in military equipment and training, for its decision to contribute troops in Somalia for the African Union led peacekeeping mission AMISOM. "Rebuilding that unity within the military will be an immediate and very difficult challenge," Shepherd added.

Before the coup attempt, thousands of Burundians were already fleeing the country. Mukarugamba Audiline and her four children from Burundi's Kirundo province fled to Rwanda when a group known as Imbonerakure – which loosely translates as "those who see far" - began intimidating her and attacking her neighbors.

"They kept telling us that we are from the opposition and we are not human beings," Mukarugamba told DW in an interview. She said the youths threatened them by saying they fell from the sky and "we are like weeds growing around banana stems which need to be uprooted."

Another refugee, Nyabenda Beatrice, also faced a similar experience. "They said that they dug holes to put us inside. A neighbor told us that, and we decided to flee to the bush, where we slept for three days before coming here." 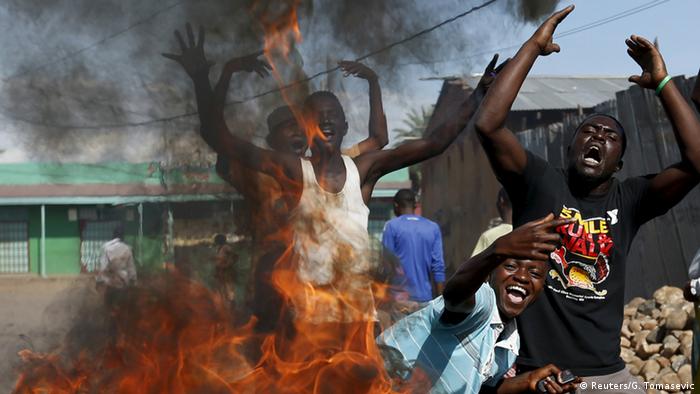 The political stand-off could lead to further violence in Burundi

The Imbonerakure are the youth wing of Burundi's ruling party CNDD-FDD. With election fever at a high pitch, the youth were reportedly targeting local residents who are not members of the party. They also intimidated those whom they perceived to be opposed to President Nkurunziza's bid for a third term in office.

Rwanda now hosts nearly 10,000 refugees from Burundi. Seraphine Mukantabana, Rwanda's minister of disaster management and refugee affairs, said they were being relocated from the transit centers to other camps away from the border. "We are required to relocate them farther away from the border as international protocol stipulates," Mukantabana said.

The UN refugee agency (UNHCR) says more than 100,000 people have now fled to neighboring countries. Joyce Mends-Cole, UNHCR's Representative in Tanzania said they were facing a difficult situation. "We have been using a German-made vessel which is more than 100 years old," Mends-Cole said. 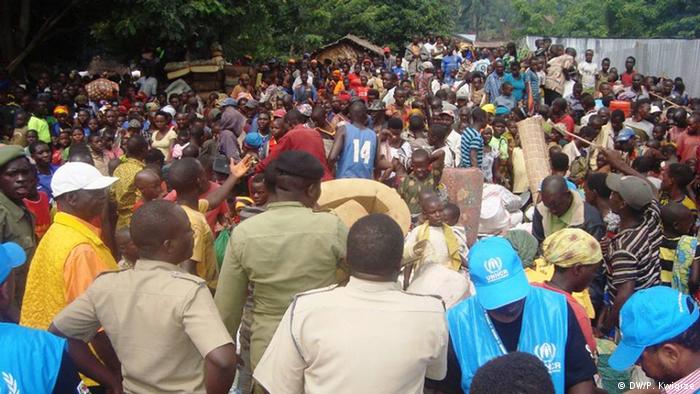 Tens of thousands of refugees have fled Burundi to neighboring countries.

"Some of the people who have fled are the same ones we had repatriated," Mends-Cole said. She said they were working hard to provide for the basic needs of the refugees. "There is not enough portable water and latrines," Mends-Cole told DW in an interview.

The UN official said that unlike before, the overwhelming number of people seeking refuge has caused some tension among locals in Tanzania.

Opinion: No way back in Burundi

The coup in Burundi has failed. The ringleaders have surrendered, some are in jail and President Nkurunziza is still in power. But there's no way back to life the way it used to be, says DW's Claus Stäcker. (15.05.2015)

As forces loyal to Burundi's President Pierre Nkurunziza battle forces loyal to former spy chief Godefroid Niyombare, divisions in the military have raised fears that the country may once again be torn apart by violence. (14.05.2015)