The company that operates the Bundesliga is set to open an office in New York in an effort to raise the league's profile on the other side of the Atlantic. This will be the Bundesliga's second overseas location. 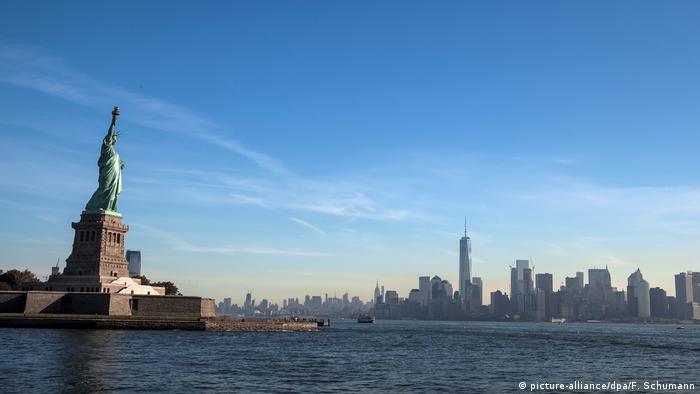 The German Football League (DFL) posted a statement on its website on Tuesday announcing that its new international branch in New York would open in mid-October.

"The USA is the biggest and most important sport and media market in the world," DFL CEO Christian Seifert said in the statement. "In light of this, it is only logical that the DFL strengthens its representation here in the interests of our long-term growth perspectives. The aim is to further increase the visibility and appeal of the Bundesliga and its clubs. This applies in particular to the USA and Latin America"

Like the DFL's branch in Singapore, which opened in 2012, the New York office is to be operated by its Bundesliga International (BLI) subsidiary.

"Football is enjoying constantly increasing popularity in the USA," BLI CEO Robert Klein said. "With regard to the numerous football fans overseas, that is why now is the right time to enhance the image of the Bundesliga in North, Central and South America through localised marketing measures, to support the activities of the clubs and to meet our partners' wishes even better where they are."

The opening of an office in New York is bound to raise fears among German Bundesliga fans that the DFL could go the route of Spain's La Liga and aim to one day stage league matches in the United States. However, DFL CEO Seifert categorically ruled out the possibility earlier this month.

Mixed messages: Bundesliga boss 'not ruling out' playoffs or a Super Cup in Saudi Arabia 06.02.2022

The new head of the German Football League, Donata Hopfen, has sent mixed messages about the future of football, insisting that it must remain 'the people's game', but not ruling out new commercial activities.

European Super League: Why are Bayern Munich and Borussia Dortmund not in it? 19.04.2021