Leverkusen may have hoped to challenge Dortmund as Germany's second-best team this season. But their performance in their opening game against Gladbach suggests Roger Schmidt's side still have plenty of hard work ahead. 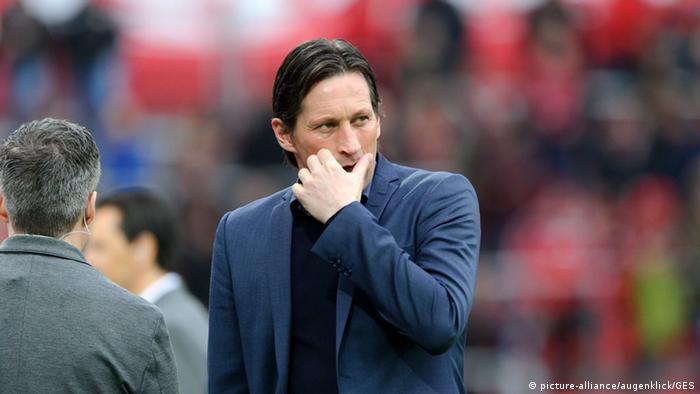 Leverkusen spent much of this summer's preseason mulling over one question. It wasn't whether coveted striker Javier Hernandez would leave, or whether Bayern Munich would win another Bundesliga. It was whether Roger Schmidt's team could eclipse a Borussia Dortmund side that had lost several key performers.

Speaking to "Kicker" magazine in late August, midfielder Kevin Kampl summed up the confidence in the Leverkusen camp. "Why can't we leave BVB trailing?" he asked. "Dortmund have to integrate a few new players."

Yet on Saturday night such self-confidence seemed premature. At the very first hurdle - an away match against Champions League rivals Borussia Mönchengladbach - Schmidt's side slipped to a 2-1 defeat. Leverkusen fans may have to wait a bit longer to lay claim to the title of Germany's second team.

Last season saw Leverkusen finish third behind Bayern and Dortmund and comfortably ahead of the chasing pack thanks to Schmidt's ability to beat the teams he was expected to beat. However, it was their record against Leverkuen's top-four rivals that ultimately hindered their progress.

In six games against Bayern, Dortmund and Gladbach, Leverkusen won just one, drew one and lost four.

Saturday's game was a chance for them to prove they had ironed out some of last season's shortcomings. The club had done their job by fighting off interest in Hernandez, Julian Brandt and co., while also bringing in exciting talent like Kevin Volland. Now it was up to Schmidt to take them to the next level.

Yet from the first minute, Saturday's game seemed like a match only Gladbach were truly interested in winning. Sitting deep and hitting on the break with speed and precision, Andre Schubert's side carved up an unprepared Leverkusen defense apparently at will.

The first big scare came just after the 20th minute when Bernd Leno fumbled a close-range shot from Raffael only for Oscar Wendt's follow-up effort to fly straight into his face. Ten minutes later, Andre Hahn was clean through on goal but had his chipped shot blocked, again by Leno's head.

A suspicion that Leverkusen weren't up to the task was apparently confirmed moments before halftime when Christoph Kramer took a quick free kick. He caught both Jonathan Tah and Ömer Toprak by surprise, the former stretching to reach the ball but only heading it over his defensive colleague. That sent Hahn clear on goal and he calmly made it 1-0 to Gladbach.

To be sure, Leverkusen came out with a renewed sense of purpose after the break and caused a good deal of trouble for the Gladbach defense. Kampl hit the post 50 minutes into the game, before Schmidt's side levelled 10 minutes from time. A mix up in the box allowed substitute Joel Pohjanpalo to latch onto a free header and score. 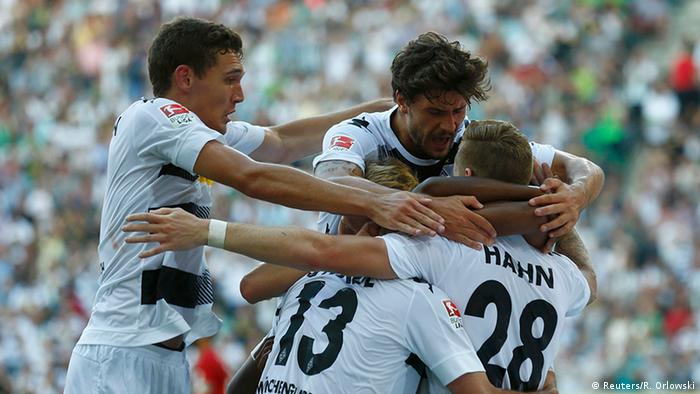 Schubert had an ace up his sleeve however. He introduced some fresh legs in the form of Thorgan Hazard and the Belgian immediately made a crucial contribution by threading a pass through to captain Lars Stindl.

With five minutes remaining, the 28-year-old ran through and finished off the kind of move that had caused Leverkusen huge problems all game.

The three points ultimately went to Gladbach, so perhaps it will be the Foals and not Leverkusen who should be considered favourites to supplant Dortmund as the closest challengers to the mighty Bayern Munich this term.

Former Liverpool and Real Madrid midfielder Xabi Alonso has been named as Bayer Leverkusen's new coach, replacing Gerardo Seoane who was dismissed not long after the club's loss to Porto.