Outplayed for long periods, RB Leipzig could have fallen on their sword against Bayern Munich. But a key tactical change and some good fortune saw Leipzig earn an important point. 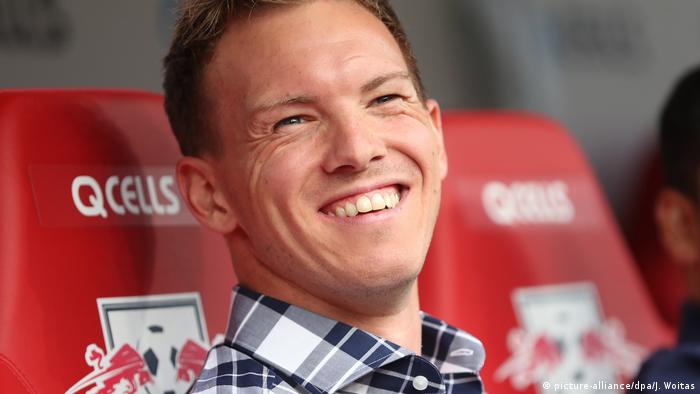 This late summer battle to become the undisputed most hated club in Germany saw RB Leipzig outclassed in the first half and some of the second by a Bayern Munich side whose craft, energy and guile left the hosts befuddled. Julian Nagelsmann's side were disjointed and impaired by anxiety whereas Bayern played with the kind of freedom that an ice-cold finish by Robert Lewandowski after three minutes gives you. Bayern, the wily old campaigners that they are, had Leipzig hanging on by their fingernails.

It’s tempting to suggest that former editions of Bayern Munich would have put this game to bed by halftime. Lewandowski was razor sharp in attack but couldn’t quite get the second goal his cunning movement in the box deserved. Kingsley Coman, whose speed and fleet-footedness had Marcel Halstenberg floundering at times, was an important cog in the Bayern attack. The first half was all Bayern, but the ruthlessness that has seen them win the Bundesliga in each of the past seven seasons was absent. Then came the turning point.

A clumsy tackle on Leipzig forward Yussuf Poulsen in the box by Lucas Hernandez, who reverted to left-back after David Alaba was injured in the warm-up, flipped the game on its head. Just like that, Emil Forsberg thumped a penalty beyond Manuel Neuer in first half stoppage time and a contest was born. 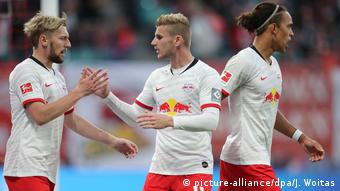 Leipzig looked much better in the second half

The classic goal-just-before-half-time made Nagelsmann’s halftime team talk a little easier, but Nagelsmann wasn't fooled into believing his side deserved parity and proceeded with a tactical change that helped turn the tide. Nagelsmann’s original line-up of a back five served only to invite pressure, and his move to a back four helped wrestle back the game.

"Of course we had some changes in our structure at the break, but we were just not calm enough on the ball in the first half," Leipzig goalkeeper Peter Gulacsi told DW afterwards. "Technical errors that made it harder to handle Bayern’s pressure. But then the tactical change was made and it really suited us. We had that extra man in midfield and it helped us control the game a lot better and keep the ball. That was crucial for us."

Nagelsmann had also clearly demanded more intensity and directness from his side, and that’s what he got straight after the break with Halstenberg and Nordi Mukiele each denied within five minutes of the restart. On the hour mark, Neuer was forced into a save of world-class proportions, showing brilliant athleticism and anticipation to adjust his feet and throw his forearm at Marcel Sabitzer’s shot from distance, which dipped and swerved all over the place.

The game’s final passage of play saw Gulacsi make a stunning save to deny Niklas Süle's towering header. It was a moment that symbolized the game perfectly.

"It was a crucial time for us in the game, so I feel good that I helped the team in that moment and earned us a point," Gulacsi said.

That point keeps RB Leipzig top of the table, one point ahead of Borusia Dortmund, two ahead of Bayern Munich. The season might only be four games old, but both Nagelsmann and his side's ability to turn things around is promising for a team daring to win what would be the most unpopular Bundesliga title ever.