Hertha Berlin came from behind to beat Fortuna Düsseldorf at the Olympiastadion on Friday night. Ante Covic's side have now picked up three straight wins, and there are plenty of reasons to be optimistic. 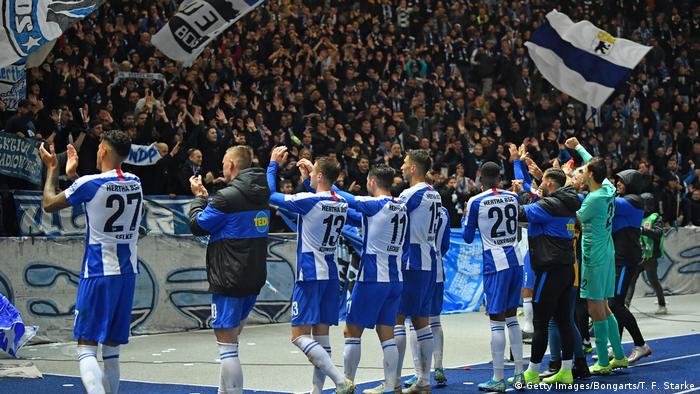 The Ante Covic era has liftoff. A somewhat uncertain start under the new coach is starting to seem like a distant memory as Hertha showed their promise in the capital against Fortuna Düsseldorf, picking up their third straight league win and moving into the comfort of mid-table.

There's a feeling that this team could do better than mediocrity if they keep producing these kinds of performances. Granted, the opposition during their run of three straight wins has been the two newly promoted teams – Paderborn and then Cologne – followed by a Fortuna side who are only settling into their second consecutive season in the top flight. But Hertha are showing more ambition under Covic, and the football is a little more adventurous than under previous management.

The most encouraging thing for Hertha, besides beating Fortuna for the first time in 40 years, is that in the last three games they've scored nine goals and conceded only two, one of which was a penalty. They have found an attacking freedom to their play that hasn‘t been seen in these parts for some time, and that in no small part down to the injection of speed and directness that Javairo Dilrosun has brought to the team.

The summer accquistion from the Manchester City academy is proving to be the key man for Hertha, and the young Dutchman notched himself another goal, bringing his tally to three for the season. But it's not just Dilrosun's athleticism and eye for goal that are making the difference for Hertha. Marius Wolf is proving a shrewd loan signing from Borussia Dortmund and Vedad Ibisevic, the 35-year-old captain who was reinstated to the starting line-up after his match-winning cameo in Cologne last week, once again proved his worth with a neatly taken equalizer.

Hertha were forced to show some character though. Fortuna's early strategy of sitting deep and taking their chances seemed to be paying off when Rouwen Hennings slotted home a penalty after Dedrick Boyata's slightly clumsy challenge on Oliver Fink. Ibisevic quickly drew Hertha level and Hertha had turned the game on its head before half time when Dilrosun's sweet finish on the run atoned for his glaring miss moments earlier.

The crucial strike came just after the hour mark when Vladimir Darida completed a fine counter-attack initiated by Dodi Lukebakio, who stormed forward, leaving two Fortuna defenders in his wake — all just two minutes after coming on to replace Dilrosun. Hertha saw out the win to the delight oft he home fans who had braved the Berlin rain. Having steadied the ship and started to move up the table, the challenge is to show they can do it in the coming weeks against more robust opposition.