Borussia Dortmund midfielder Axel Witsel operates largely under the radar, while BVB's big-name forwards take the plaudits. But that's exactly how Witsel likes it, as he reveals in an exclusive interview with DW. 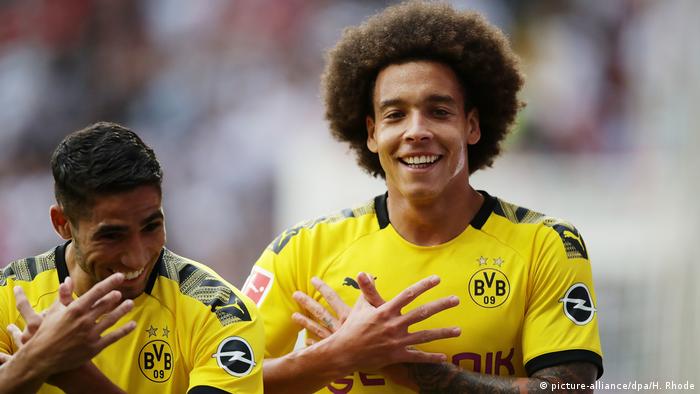 Axel Witsel is one of Borussia Dortmund and Belgium's key players, having established himself as an elite defensive midfielder in recent years. But his work often goes unnoticed — and Witsel has no problem being his team's unsung hero.

"Normally when you win it's the striker who scores or makes the assist, but in the end we have a really important job to do. Often we are working in the shadows," Witsel told DW.

"I don‘t have any problem with that though. I know what I have to do on the pitch and I do it for my teammates and my club," said the 30-year-old. "I try to do my best, always. I don't have a problem not being in the limelight."

Dortmund are renowned for their blistering attacking talent, with the likes of Jadon Sancho, Marco Reus and their latest wunderkind Erling Haaland having lit up Dortmund's stuttering season, but Witsel's work between the midfield and defense has marked him out as a key man in Lucien Favre's side.

"There's a lot of pressure on me in my position on the field," the former Zenit St Petersburg man explains. "You have to be smart when you receive the ball. It's not a position where everyone sees the quality of the player and the importance the player has for the team."

"You have to be strong physically, have a good technique, and be smart. In football, the most important things are your brain and your feet. I think it's important, even when you don't have the ball, you always have to think during the game. When we have the ball, the job is to make sure the opponent cannot counter-attack, this is a very important part of the job."

'They need to build a women's team!'

Witsel returned to Europe in 2018 after a stint in the Chinese Super League with Tianjin Quanjian, and in a season-and-a-half has established himself as the heartbeat of the Dortmund team, and now relishes the freedom his role affords him at Signal Iduna Park.

"I like playing as a No.6 or a No.8 because I can go box-to-box, and this is how I play at Dortmund. When I go forward, I have to be sure to come back!" 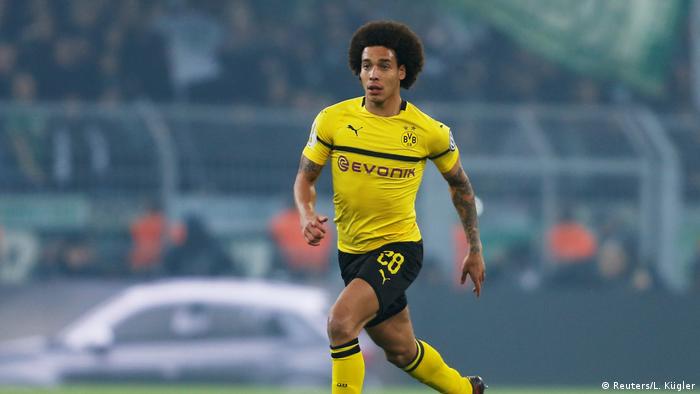 Witsel says the key attributes for a defensive midfielder are 'to be strong, have a good technique, and be smart.'

While Dortmund remain one of Germany's premier teams with a brand known around the world, the club's lack of a women's team has been the source of some criticism —and Witsel encouraged the club to take steps in this area.

"If [my daughters] wanted to play for Dortmund, they'd have to build a women's team! But I think they should, because there are many strong women's teams out there now. Lyon and Manchester City are very good, and every big club should have a women's team because women's football is getting very famous now."

The perfect foil for De Bruyne

Witsel was an integral member of the Belgium side that reached the semi-finals of the 2018 World Cup in Russia, going out to eventual winners France. Witsel's license to get forward is restricted for the Red Devils, but his humility shines through again as he accepts that his speciality is to allow others to flourish.

"With the Belgian national team, I play in this role alongside Kevin De Bruyne," Witsel says. "He is a fantastic player and it's easy to play with him. He is more offensive minded so I have more of a defensive job when I play for Belgium, which allows De Bruyne to be free. I also have the quality to build the game, so when we have the ball I stay in my zone and try to make the right pass." 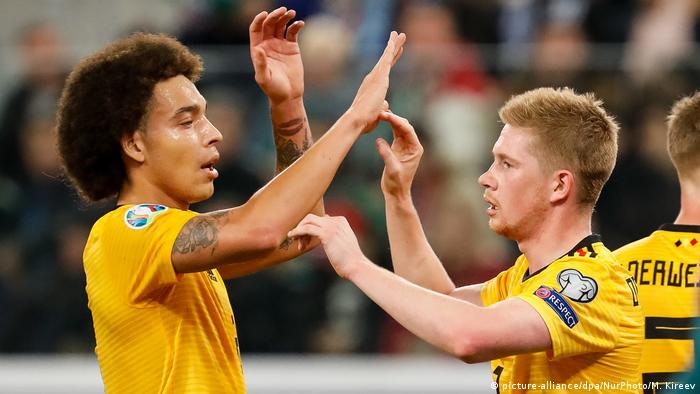 Witsel has 105 caps for Belgium and has formed a formidable midfield partnership with Kevin de Bruyne.

That discipline is what has seen Witsel enjoy some of his best performances in the past couple of seasons, but when it comes to international silverware, Witsel remained characteristically candid.

"We haven't won anything yet, but we have a really strong and talented team and showed this in the last World Cup, and now we want to improve on this. The quality we have, the players we have, the atmosphere we have in the team and with our amazing fans, but we need to try to win a World Cup or a European Championship. We will do our best and try to do better. It will not be easy, but if you want to win these types of trophies we need to reach our top level."

Witsel's immediate concern is with Dortmund though, as they fight to stay in the Bundesliga title race — and he is focused on winning some silverware in Germany.

"I'm cool off the pitch and I do my best to be like that on the pitch too," he concluded. "I was not calm like this when I was younger, but you grow up and when I came to Dortmund at 29 from China, I knew it was my last chance to play in a big team and compete for a big championship. And this is what I want to achieve."

Intent on closing the gap at the top of the Bundesliga, Borussia Dortmund are building a new-look side under Lucien Favre. At first look, Belgian international Axel Witsel seems to be a perfect fit. (06.08.2018)