Bundesliga: Boom and bust for Cologne as Hoffenheim win big

Ihlas Bebou scored twice for Hoffenheim as they ripped apart Cologne for a much-needed victory on Friday night. Cologne’s five-game unbeaten run came to a grinding halt on a ground where they often struggle. 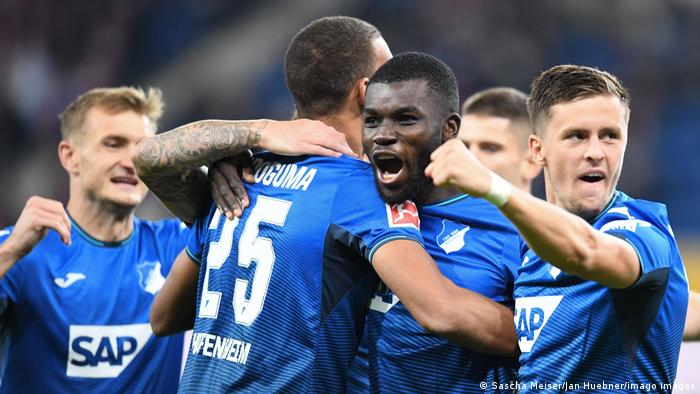 Hoffenheim have scored 21 times in their last five home games against Cologne.

This was another nightmarish outing to Sinsheim for Cologne. In the past four seasons, the visitors have walked about from Hoffenheim on the wrong end of 4-0, 6-0 and 3-0 defeats. A 5-0 can now be added to the scrapbook on a night when Cologne's unbeaten run came grinding to a halt.

Hoffenheim were solid, functional and times, absolutely superb. Togolese striker Ihlas Bebou showed great composure for both of his goals – calmly capping a swift counter-attack for the first and a cheeky backheel for the second – and his double tipped the scales in Hoffenheim's favor.

Andrej Kramaric may be light on Bundesliga goals this season – he's scored just the one – but his importance to Sebastian Hoeneß's side cannot be weighed in goals alone. He clocked two fine assists here against the Billy Goats and delivered a majestic reverse pass in the build-up to Hoffenheim's third — scored by the impressive Austrian Christoph Baumgartner.

The Croatian seemed to hang his head at times, as if bothered by not being able to score himself as he did earlier in the week for his country against Slovakia. But on a night when he covered over 10 kilometers and provided the platform for his teammates to thrive, no one at Hoffenheim will be complaining about Kramaric's relative Bundesliga dry spell. 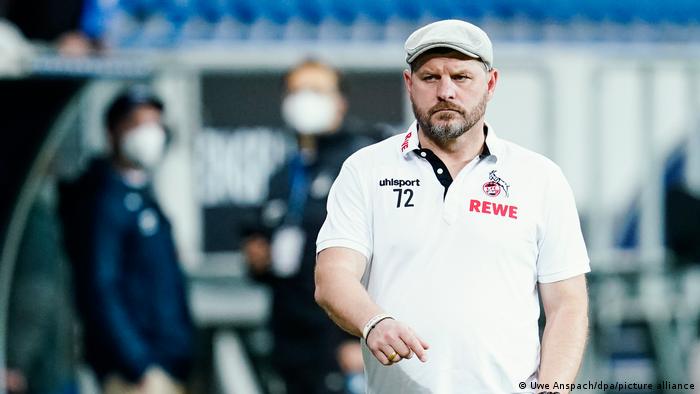 A tough night for Cologne coach Steffen Baumgart, who had criticized the scheduling of the game

For a Cologne side captained by the hapless Rafael Czichos in the absence of the ill Jonas Hector, their unbeaten run never looked like being extended with this miserably naïve performance. Flooding forward with no regard or respect for what Hoffenheim were capable of on the break, the hosts simply picked them off over and over again. Coach Steffen Baumgart, who has captured the imagination since arriving at Cologne from Paderborn in the summer, had no answers for what was unfolding in front of him.

The triple change he made at 3-0 was already too little too late as his team struggled to hunt the ball down with the same vigor as in previous games. His pre-game criticism of the scheduling of the game on the Friday after an international break may have just planted a seed of doubt in his players' minds. Cologne's high risk, high reward football that has been so thrilling to watch went out the window – they looked like a beaten team before a ball was kicked.

So it completed another dire trip to Sinsheim for Cologne, who haven't won there since 2014 and conceded an astonishing 22 goals in their six subsequent visits. For Hoffenheim, it was a spectacular return to form and a richly-deserved victory that sees them climb above the likes of RB Leipzig and Borussia Mönchengladbach. Things have been shaky for Hoffenheim recently, but with Bebou's finishing, Baumgartner's talent and Kramaric's intelligence, Hoeneß has something to work with.