Germany's central bank President Jens Weidmann has called for an independent body to oversee eurozone states' compliance with budget rules. In a magazine op-ed, he accuses Brussels of being too "lax" on budget rules. 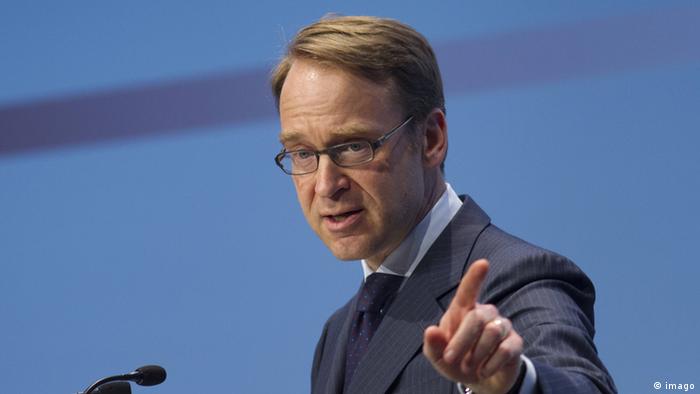 In a guest commentary for German weekly news magazine "Focus" Weidmann says given the crises in Greece and elsewhere, there are "many arguments in favor of transfering the [European] Commission's budgetary surveillance and rule review tasks to an independent agency."

He calls for the eurozone's fiscal rules to be "implemented in a more simple, transparent and rigorous manner."

The European Commission, he insists, has been "lax" and "politically motivated" in its application of the European Stability and Growth Pact, undermining the credibility of and adherence to the fiscal rules.

He says the watchdog would have a "clear task and an unambiguous mandate" and, crucially, would not be involved in the political process.

Weidmann, who has been vocal in his criticism on the bloc's handling of the Greek crisis, said a "central European institution could intervene directly if a member state's economic and fiscal policies" indicate significant slippages.

He emphasized that it was detrimental to any currency union if "each member country can order what it wants but everybody has to pay the bill at the end," he says in the op-ed.

Weidmann, who sits on the European Central Bank's (ECB) Governing Council, echoes comments made by German Finance Minister Wolfgang Schäuble, who had floated a similar idea in mid-July.