Bulgarians unfazed by anti-Roma hate speech from deputy prime minister | Europe | News and current affairs from around the continent | DW | 31.10.2017

Bulgaria's deputy prime minister, Valeri Simeonov, has been found guilty of hate speech against Roma — but has not been asked to step down. Prejudice against Roma is widespread in Bulgaria. 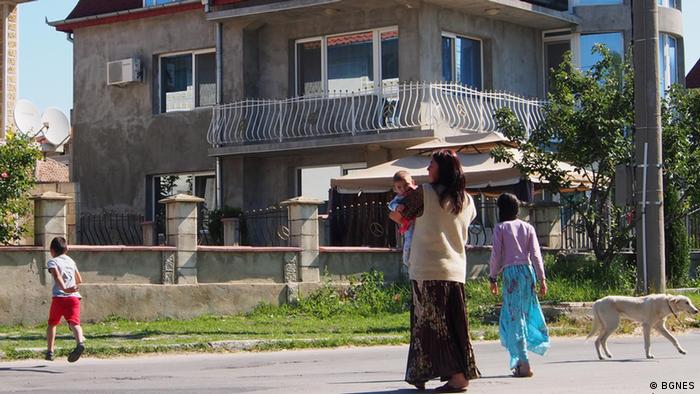 This was a double first for Bulgaria: In the Black Sea town of Burgas, the district court found the country's deputy prime minister, Valeri Simeonov, guilty of hate speech towards Bulgaria's Roma minority.

First, the Bulgarian courts have always been very hesitant in their dealings with hate speech against Roma. Second, no deputy prime minister in Bulgaria has ever been found guilty of a crime, let alone one such as this.

Yet there still has been no statement from the government, and Simeonov has kept his post despite protests from 11 Roma organizations. Simeonov has also announced that he will appeal the verdict. In addition to his role as deputy prime minister, Simeonov also chairs the National Council for Cooperation on Ethnic and Integration Issues. 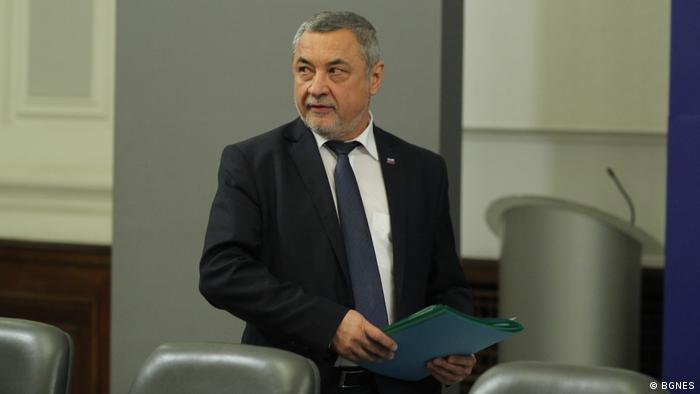 Simeonov said he will appeal the conviction against him

He was convicted over a speech he made in the Bulgarian parliament on December 17, 2014. The 62-year-old politician, businessman and media entrepreneur described the Roma as, among other things: "arrogant, presumptuous and ferocious humanoids, demanding wages without labor, demanding sick-leave benefits without being sick, child benefits for children that play outside with the street-pigs, and maternity benefits for women with the instincts of street bitches."

The court in Burgas, which is a part of Simeonov's constituency, established that these remarks violated anti-discrimination laws and constituted incitement against the Roma minority. Remarks like these, the judgment said, lead to "the creation of a hostile, degrading, humiliating and offensive environment, and anyone from the Roma ethnicity may be affected by it. "The case was brought by two Roma journalists, Kremena Budinova and Ognyan Isaev. They had explicitly stated that they were not seeking financial compensation, so Simeonov was only ordered to cease the violation and refrain from further violations in future.

Read more: At home in Europe: Roma tell their story

For lawyer Margarita Ilieva, who represented both plaintiffs and also runs the rights program of the human rights organization Bulgarian Helsinki Committee, the judgment is above all a great success for the courts. She said the court demonstrated its independence "in a political environment currently dominated by racist narratives of the worst kind." 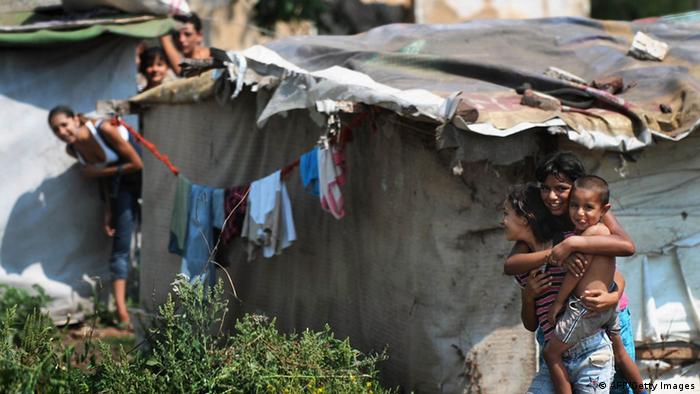 Simeonov called for reservations for Roma and Sinti in Bulgaria

Offense based on political convictions

Simeonov holds his governmental post as a representative of "United Patriots," a grouping of three small right-wing populist parties: Simeonov's own National Front for the Salvation of Bulgaria (NFSB), the IMRO – Bulgarian National Movement of Krasimir Karakachanov, and the Attack Party of Volen Siderov. In its election manifesto, Simeonov's NFSB envisages the dispersal of what it calls "Gypsy ghettos," and isolating Roma in closed "reservations," according to the model of Native American or Indigenous Australian reservations, proposing that these could become a "tourist attraction."

In May, the authors of an open petition signed by 15,000 people calling for Simeonov's resignation pointed out that, in the course of his political career, he has even mused about creating "modern concentration camps." In spite of this, his election alliance became the smaller coalition partner in the third government of Boyko Borisov and his GERB party, a member of the European People's Party. Simeonov himself was named deputy prime minister without a portfolio.

On the fringes of society

Bulgarian non-governmental organizations, including 11 Roma organizations under the umbrella organization Integro, the human rights platform Marginalia and the NGO Initiative for Equal Opportunities, which provides legal support to the Roma community, have now issued another demand: that racists should not form part of the government. "For five months now our anger has gone unanswered," said Daniela Michailova, a co-organizer of the protest. 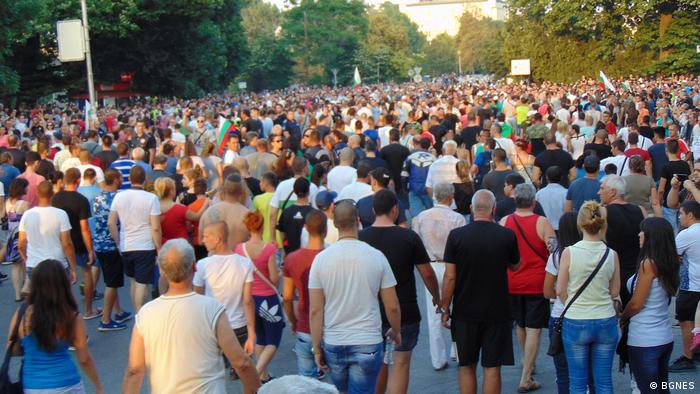 She and her fellow protestors have had thousands of T-shirts printed with the slogan "No racists in the government – Valeri must go!" and have called on supporters to post photos of themselves wearing the T-shirts on social networks. There are also plans for a protest rally on November 16 outside the government building in Sofia.

Read more: Poverty's the problem, not the Roma

Officially, there are 321,000 Roma living in Bulgaria, which would mean that they make up 5 percent of the population. However, unofficial estimates suggest the real number is twice that.

In recent years Roma have increasingly been the target of hostilities. According to a survey by the institute Open Society, 92 percent of Bulgarians have witnessed hate speech against Roma, while two-thirds of the people surveyed claimed to hear anti-Roma incitement often or very often. A third of those asked did not know incitement to racial discrimination was a crime.

Waving off poverty in Bulgaria

Imagine living in the EU and having just 165 euros every month. That's the average pension in Bulgaria, the EU's poorest country. How does one live with so little money? Three Bulgarian grandmothers show how. (29.06.2016)

Across Europe, Roma and Sinti are formally marginalized and frequently abused. International Romani Day is one way of drawing attention to that. (08.04.2016)