Some Bulgarian air force pilots have said they will boycott training, citing concerns related to the safety of the MiG-29 plane. Bulgaria relies on the Soviet-built aircraft to meet its obligations as a NATO member. 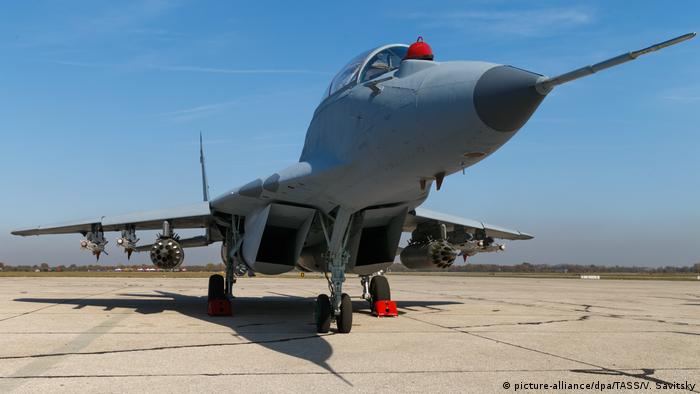 Bulgaria's deputy defense minister confirmed on Tuesday that some military pilots will not take part in planned training this week.

"Some of the pilots from Graf Ignatievo air base will not perform training flights because of insecurity," said Deputy Defense Minister Atanas Zapryanov.

The pilots have blamed safety concerns related to aging Soviet-built MiG-29 aircraft. But Zapryanov insisted that the jets were safe and were being used as part of NATO's air-policing mission.

According to Zapryanov, the pilots had further cited poor preparedness due to lack of flying hours as the reason to boycott training.

But the plan to buy Sweden's Gripen aircraft earlier this year was sidetracked by Prime Minister Boyko Borisov's conservative government.

Borisov's cabinet is now expected to launch a new tender. In the meantime, it plans to refurbish its fleet of 16 MiG-29s and some 20 Su-25 bombers. The Defense Ministry has received six used MiG-29 engines, as well as four new ones in a deal with Russia but their use has been delayed by documentation-related issues.

Bulgaria, a NATO member since 2004, is obligated to maintain at least one squadron of 12 jets in good flying condition. With more than half the jets in the existing fleet in bad condition, Bulgarian parliament has authorized NATO to help protect the country's air space.

Elections in Bulgaria: Chances slim for a stable government